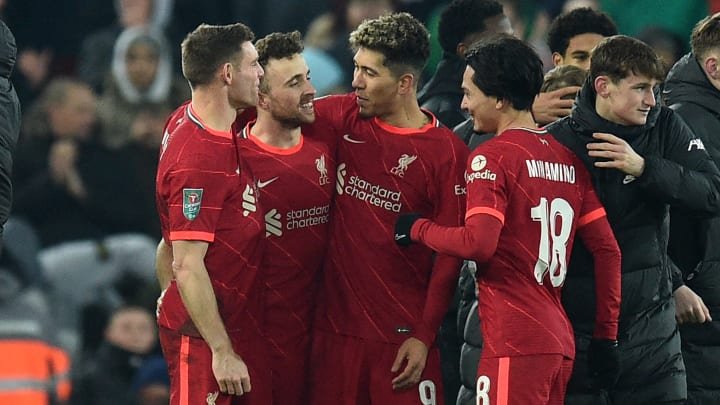 The Carabao Cup semi-final first leg clash between Arsenal vs Liverpool scheduled for Thursday, January 5, 2021 night has been postponed following a request from the Reds relating to rising Covid-19 cases in the Merseyside club.

Liverpool filled an application to the EFL on Tuesday night to have the game at the Emirates Stadium postponed. On Wednesday morning it was also confirmed that the club have temporarily closed their training ground to limit the possible spread of infection after it was reported assistant manager Pep Lijnders tested positive for the virus.

Lijnders was in charge of the club after manager Jurgen Klopp tested positive for Covid-19 and had to be isolated at home.

“The first leg of the Carabao Cup semi-final between Arsenal and Liverpool scheduled for Thursday 6 January 2022 has been postponed following a formal request by Liverpool due to a severe outbreak of COVID infections amongst their management and playing staff,” an EFL statement seen by SportsLeo read.

“The EFL has been in regular dialogue with the Club over the past 48 hours in an attempt to understand whether the tie could proceed but significant developments over this period have resulted in the Club reporting an ever-increasing number of COVID cases.

“Having now fully reviewed the circumstances involved, the League has accepted Liverpool’s request after determining, albeit reluctantly, that a postponement was the only option as the Club looks to mitigate against the further risk of infection amongst its squad and staff alongside ensuring public health was protected by not travelling from Liverpool to London.

Manager Jurgen Klopp and assistant Pep Lijnders are both in isolation after positive Covid-19 cases, as are Alisson, Roberto Firmino and Joel Matip. The club has not confirmed if any other players have tested positive.

Thiago, Divock Origi, Takumi Minamino, Nathaniel Phillips and Harvey Elliott are all out through injury, while Mohamed Salah, Naby Keita and Sadio Mane have left for the African Cup of Nations as well to join up with Egypt, Guinea, and Senegal squad respectively.