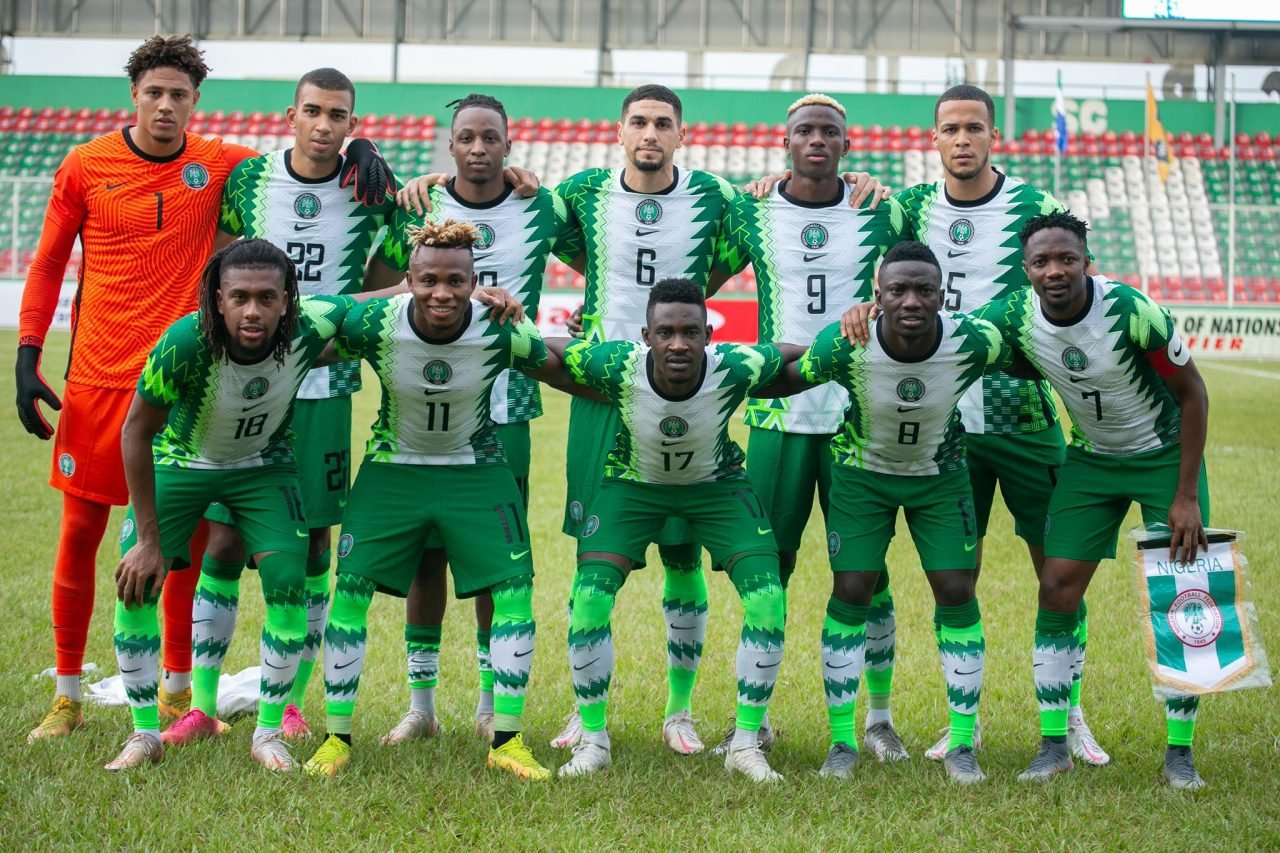 Nigeria, bronze medal winners of the 2019 Africa Cup of Nations AFCON to face Egypt on Tuesday evening as Group D of the delayed 2021 showpiece starts on a high in Garoua.

The Super Eagles have had a messy build-up to the tournament with coaching changes and players unavailability, but will look to put all that behind their backs for a positive start and a shot at their fourth AFCON title.

This will be the ninth encounter between Nigeria and Egypt at the Africa Cup of Nations, with Nigeria having beaten the Egyptians thrice and lost two the remaining four ending in draws. The last meeting between these two sides was in 2010 when they were drawn in the same group.

The Pharaohs won this encounter 3-1 and went on to clinch their seventh African title. The Pharaohs have struggled to impress over the last few years and still have the pain of failing to make it past the quarter finals of the last AFCON they hosted in 2019.

They just but managed to go through to the last round of qualification for the 2022 FIFA World Cup and their performance at the FIFA Arab Cup in Doha, Qatar, left a lot to be desired.

Head coach Carlos Queiroz is however optimistic that they have analysed their mistakes and corrected them and will be a better outfit when they take on the Super Eagles. 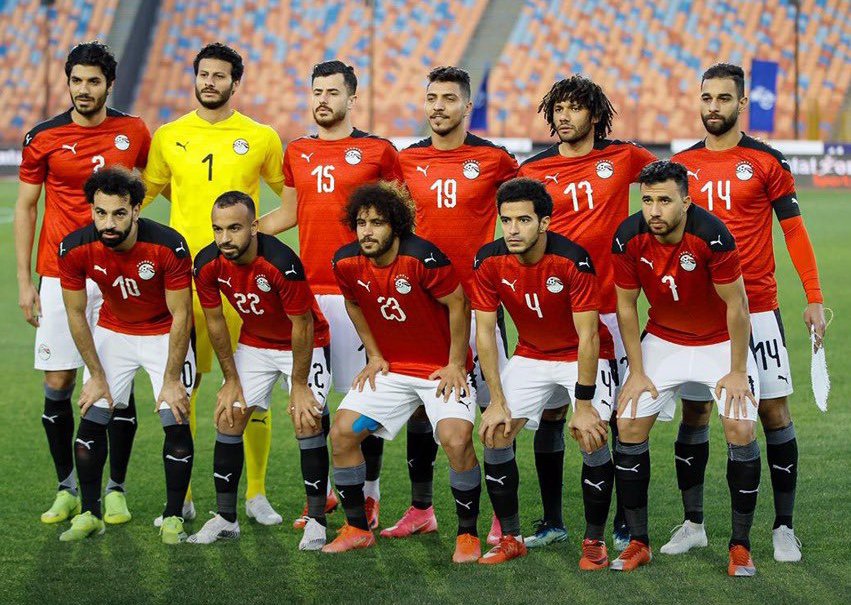 Egypt players line up before a past match

“We are ready and eagerly waiting for the start of the journey. Everyone is ready to give their best. We will face a team that has many great players, but we are ready and we will face them with full force,” said the former Manchester United assistant coach.

The Egyptians will once again hope that Mohamed Salah, who has been in red hot form for his English Premier League club Liverpool will turn up and give them something to smile about.

Salah knows only too well the weight of expectation on his shoulders and despite having missed several matches in qualification, hopes to give his best for the country.

“We will do everything we can to win because we have a good team and great players. We are in the stage of building a new generation, however, we have reached the play-offs in the World Cup qualifiers, and now we will compete for the Africa Cup of Nations,” the striker stated.

He added; “I have never won a title with the national team and I hope this will be the first. We have a great coach and a great team so we will give our all.”

Meanwhile, Nigeria’s Super Eagles will look to soar over the Pharaohs, and their stand-in coach Augustine Eguavoen says his charges have prepared well for the task at hand. 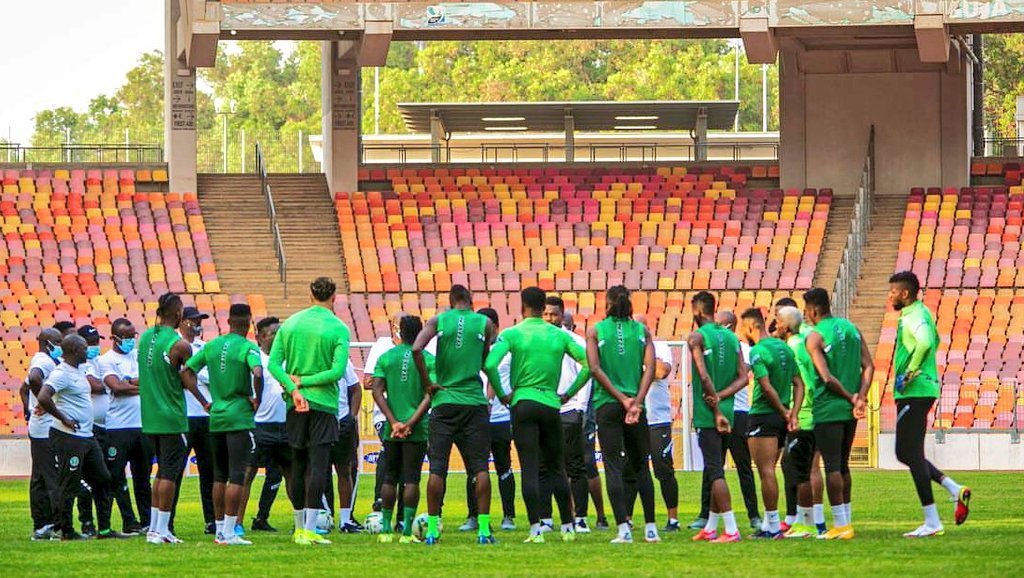 Nigeria players during a pre-AFCON training

“We respect Egypt, but Nigeria is a great team, and we didn’t come here to lose. I’m not looking for personal glory, but the most important thing I’m looking for is an achievement for Nigeria,” said the tactician.

Meanwhile in the late kick off, Sudan’s Falcons of Jediane will take on Guinea Bissau in their opening match of the group.

The East Africans come into the tournament with a poor AFCON record. Since winning the tournament in 1970, they have won only one of 13 subsequent matches without ever keeping a clean sheet.

However, they will fancy their chances as they come up against a Guinea Bissau side shy of scoring goals.

The Djurtus have failed to score in their last 437 minutes of play at the AFCON, the longest current drought in the tournament among this year’s participants. In the last AFCON, they registered the lowest total of shots on target (3 in 3 games) and touches inside the opposition box (28).

“We are well prepared, and we will represent our country with pride. We will face big teams who will give their best. In the opening match we will face Sudan and we have to win the match. Football has many surprises, and we strive to achieve another one,” said Baciro Cande, the Guinea Bissau head coach.