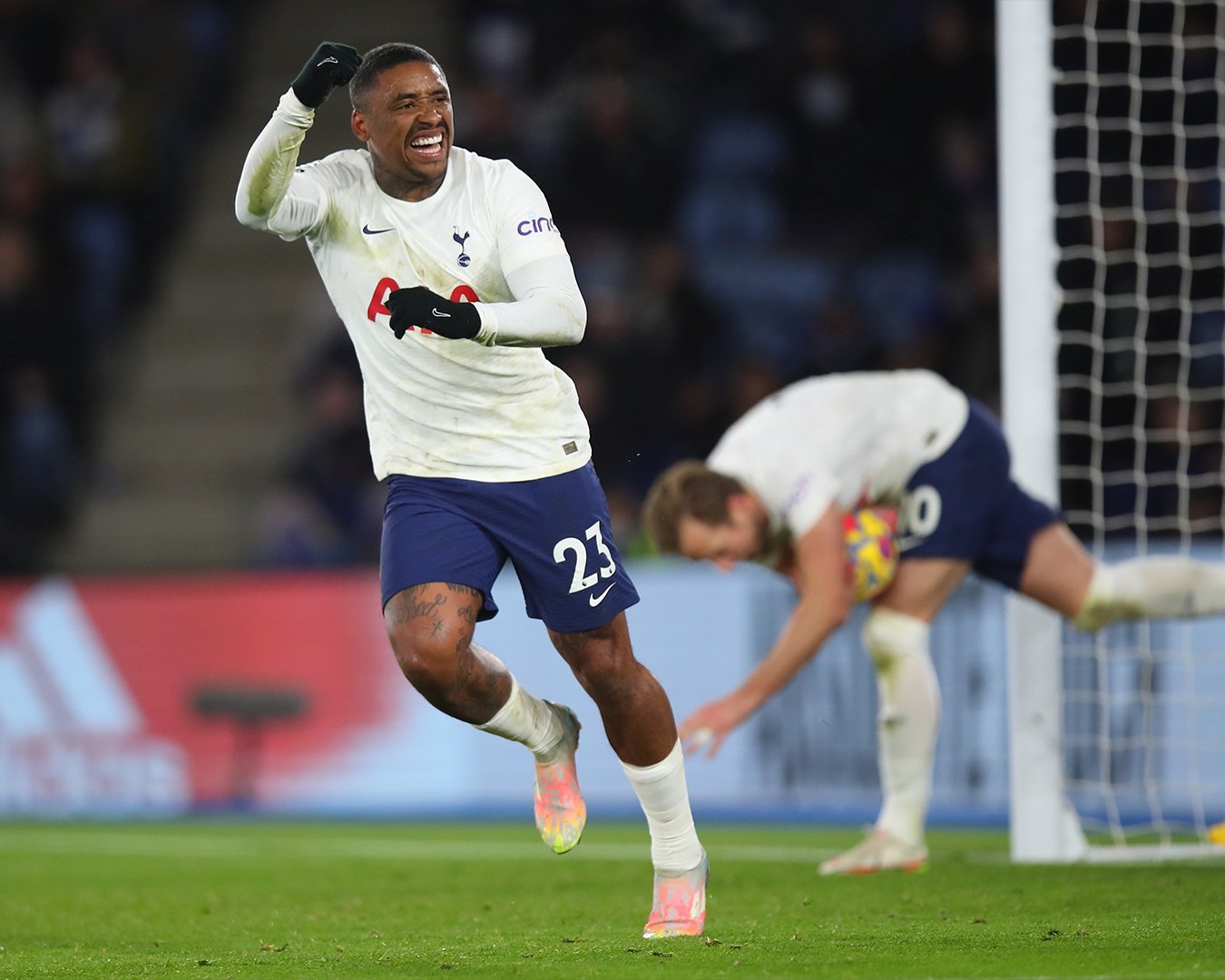 However, Leicester looked well set for the three points with the clock at 95 minutes at 2-1 up but two goals in 80 seconds from the substitute Bergwijn turned the game completely around and left the Foxes in complete shock.

The winger became Spurs’ super-sub having scored twice in stoppage time and took Spurs to victory with a greater comeback impact like never before in the history of the contest.

The victory moves Tottenham above Arsenal into fifth and they are just one point off West Ham in fourth and have three matches in hand on the Hammers. The hotspurs will play against Chelsea on Super Sunday.

In the 24 minutes, Leicester had taken the lead against the run of play when Patson Daka squeezed home a finish beyond Hugo Lloris. Spurs, which had already had two efforts cleared off the line and saw Kane crash a header against the crossbar, fully deserved their leveller that came on 38 minutes when the England striker danced through the Leicester defence and finished in confident fashion.

Antonio Conte’s side managed to register 27 shots in the game creating an expected goals figure of 4.49 but Leicester stayed in the competition and hit Spurs with a sucker punch with 14 minutes to go. Substitute Harvey Barnes brought in a superb impact with a cute touch to send James Maddison through on goal and his deflected effort skipped in off the post. The silky Maddison has now racked up 15 scores involvements this season and had five goals in his last six appearances.

Antonio Conte made two changes from their previous Premier League fixture against Watford with Japhet Tanganga and Harry Winks slotting into the side. 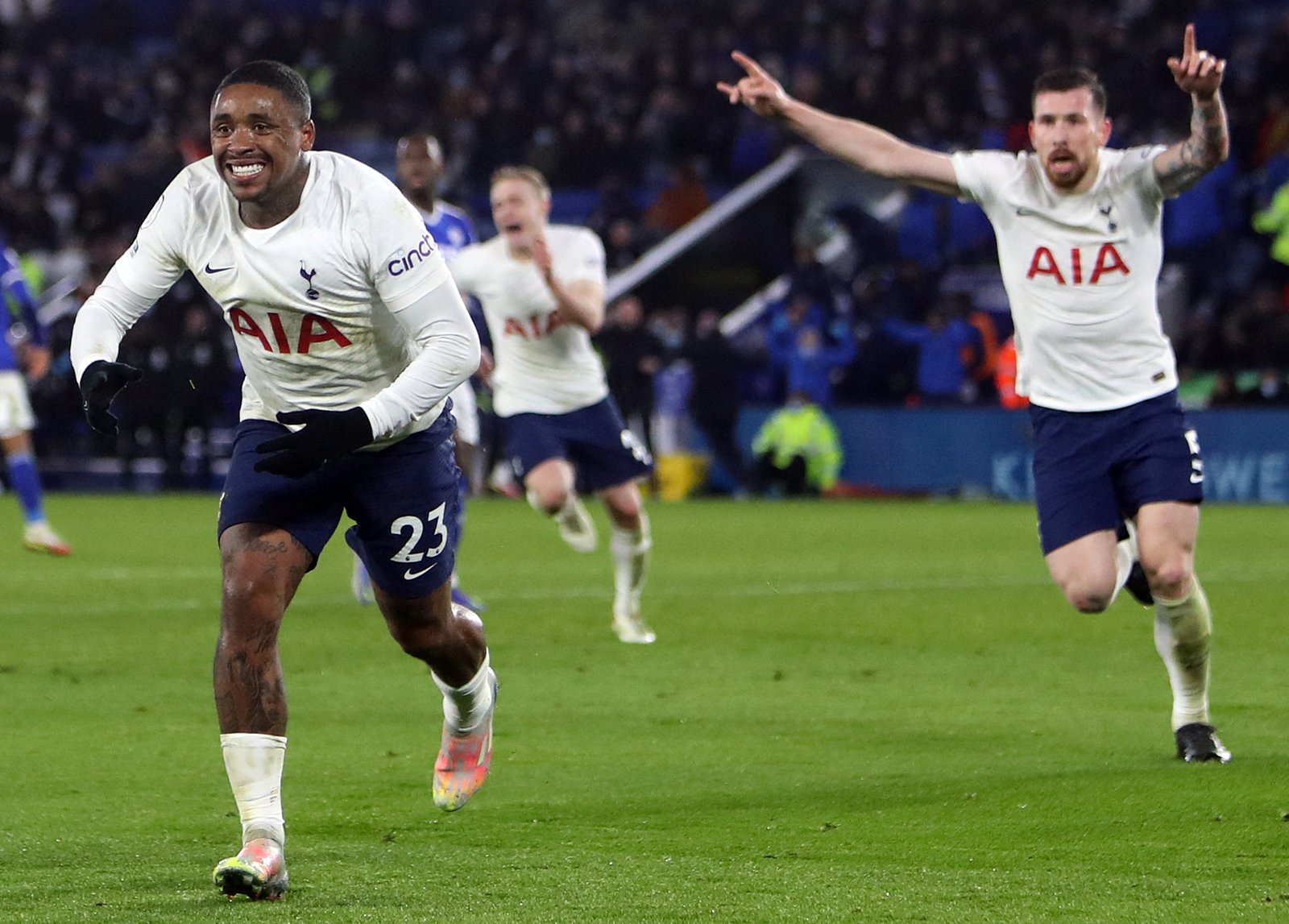 Leicester looked to be strolling to victory but Bergwijn, who has been the subject of transfer interest from Ajax and Sevilla, hammered home from close range on 90+5 minutes after some tenacious play from fellow substitute Matt Doherty.

Leicester then completely capitulated when Youri Tielemans squandered possession from kick-off to Kane, who threatened a fine ball in behind the hapless pair of Jannik Vestergaard and Caglar Soyuncu and Bergwijn somehow kept his cool to finish off the inside of the post. Leicester boss Brendan Rodgers called his team “naive” for throwing the three points away in such an embarrassing fashion.

Having come on in the 79th minute for Tottenham, he looked fully determined to drag his club back into a game they had dominated for large periods. A waved away penalty appeal caused him to react angrily to accusations of simulation from Soyuncu, drawing the Dutchman a booking.

His first finish was all about instinct and being in the right place at the right time while the second was a master class in how to finish when all around you are losing their heads. The pass from Kane needs a mention. It was defence-splitting to the extreme and capped a wonderful display from the England captain who was in an unplayable mood.

Bergwijn’s finish from Kane’s pass, considering the circumstances and that his blood would have been pumping faster than usual, made even the neutrals jump out of their seat, never mind the away end.