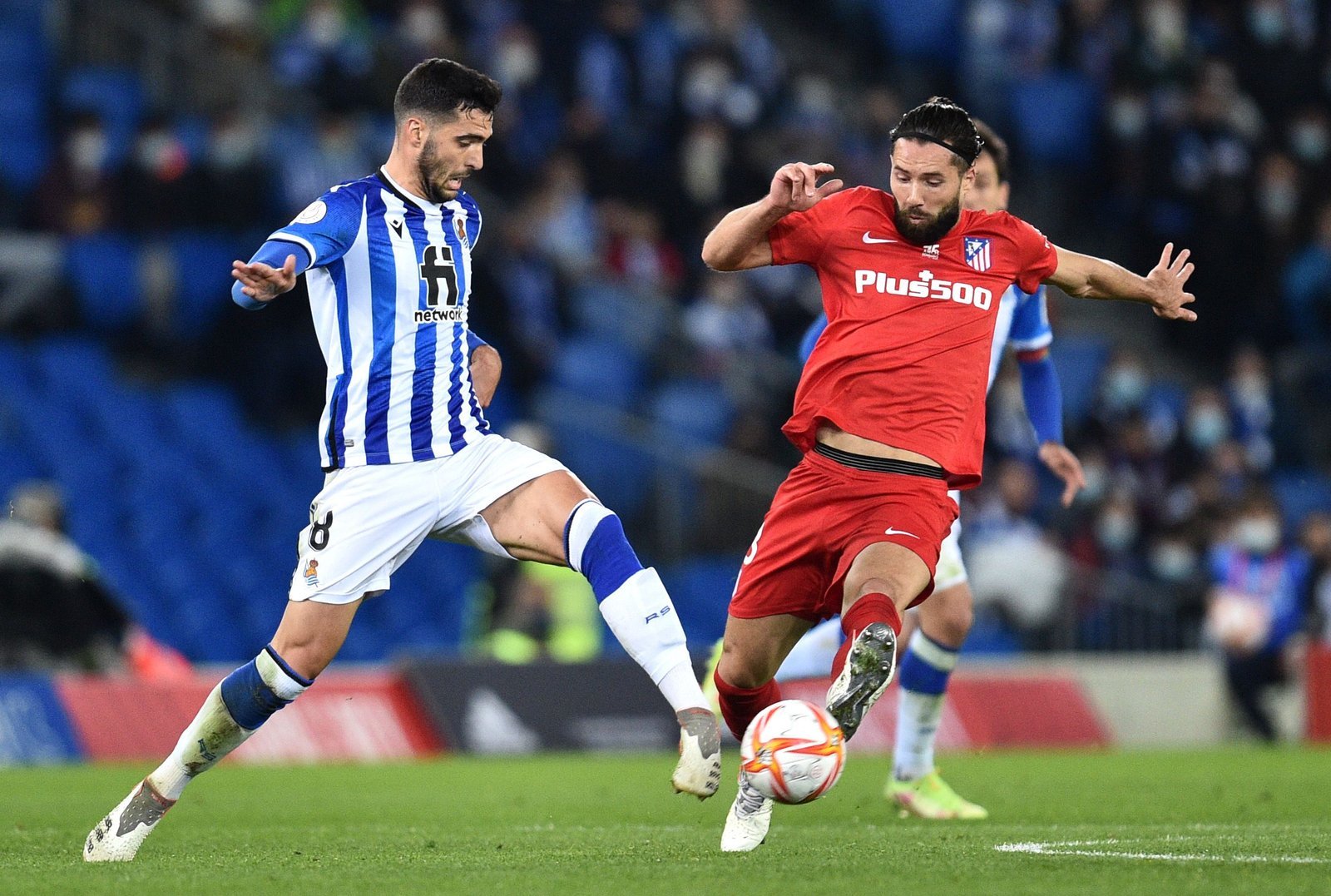 Atletico Madrid’s season has gone from bad to worse following a 2-0 defeat to Real Sociedad who have booked their spot in the quarter-finals of Copa del Rey on Wednesday night. A comfortable 2-0 victory for La Real sent them through to the quarter-finals while Atletico is left needing to beat Manchester United in the Champions League last 16 to have any chance of rescuing their season.

This cup appeared their only realistic chance of silverware left but instead, they were unfortunately beaten at the Reale Arena, where goals from Adnan Januzaj and Alexander Sorloth were enough to put the Basque side through. Atletico Madrid has now made only two victories in their last eight matches in all competitions. In the league, they have registered just one clean sheet in seven. 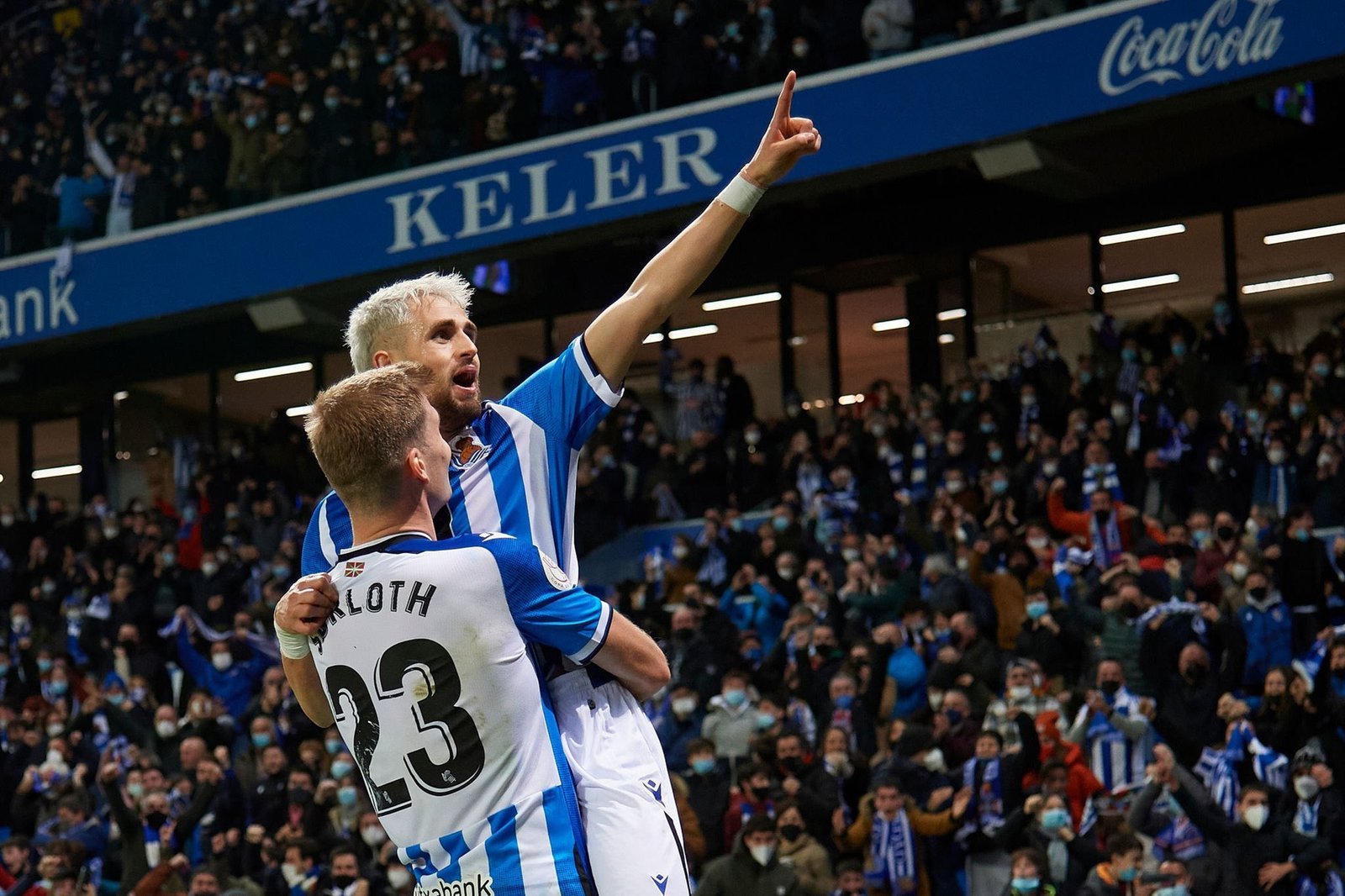 The Sloppier defending then gifted the hosts a second as Felipe disastrously tried to turn on the ball when he was Atleti’s furthest man back, and Sorloth robbed it off him before going through to the finish. Sociedad joins Mallorca, Rayo Vallecano, Cadiz, Valencia and Real Betis in the quarter-finals, with Real Madrid facing Elche and Barcelona playing at Athletic Bilbao on Thursday.

Atletico Madrid’s team bus encountered an attack by host fans on its arrival at Real Sociedad’s Reale Arena in San Sebastian on Wednesday ahead of their meeting in the Copa del Rey. At least two windows were smashed after objects were thrown at the bus as it was surrounded by a large group of fans outside the stadium before police were able to intervene.

Injuries were not reported among the Atletico Madrid party, and the teams were able to begin their round-of-16 match on time. Sociedad won the match 2-0. However the attack did not have an effect on the scheduled match, and the attack had absolutely nothing at all to do with Real Sociedad coach ImanolAlguacil.

The incident comes along with the suspension of the derby between Real Betis and Sevilla on Saturday, also in the Copa del Rey, after the Sevilla player Joan Jordan was struck by a plastic pole thrown from the stands.

The Spanish football federation announced on Wednesday that Betis’ Benito Villamarin stadium would be closed for two games as a punishment for that incident. 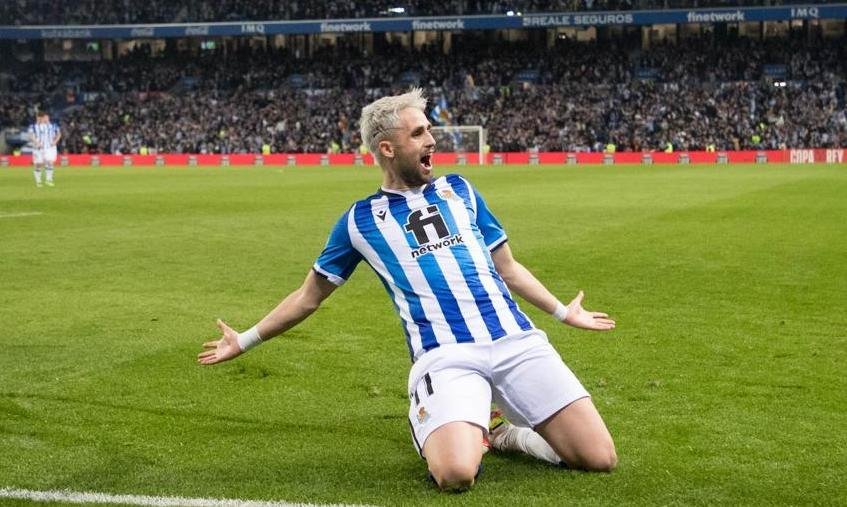 Real Sociedad have won the Copa del Rey on three separate occasions, with the recent in 2019-20 when they beat Athletic Bilbao 1-0 in the final. Having knocked out Atletico Madrid, they have a greater chance of making a strong challenge for the trophy.

Sociedad is competing on three fronts this season as they advance knockout round of the Europa League with RB Leipzig being their opponents over two legs towards the end of February.

Atletico is now in the battle to secure a top-four spot in La Liga this season rather than a title race as they sit 16 points behind division leaders Real Madrid who are battling Sevilla for the Championship. There has been animosity between segments of the two teams’ fanbases since the death of a Real Sociedad fan, Aitor Zabaleta, who was stabbed near Atletico’s former Vicente Calderon stadium in December 1998.