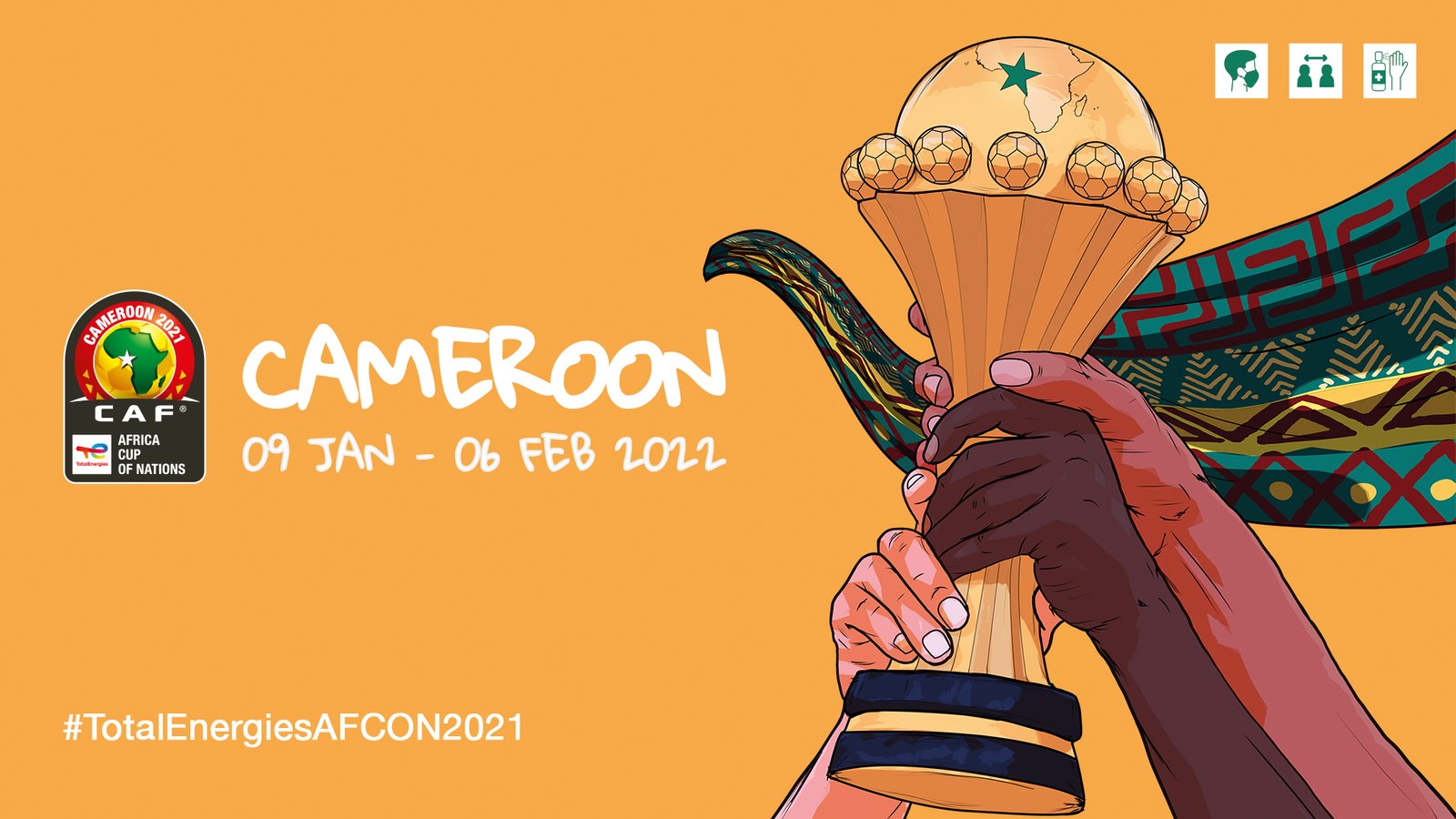 While the competition on the pitch is set to become cut throat, the COVID-19 factor is set to play a massive role in the games, with teams severely ravaged by the virus.

Malawi, who will face Guinea in a Group B match in Baffousam announced they will be without coach Mario Marinica and six players after returning positive results after Saturday’s round of testing.

The Guineans are also in similar situation with four more players having returned positive results following Saturday’s round of testing. Already, the Sylli Nationale are without three players who had to remain in Rwanda where they were camping after testing positive. 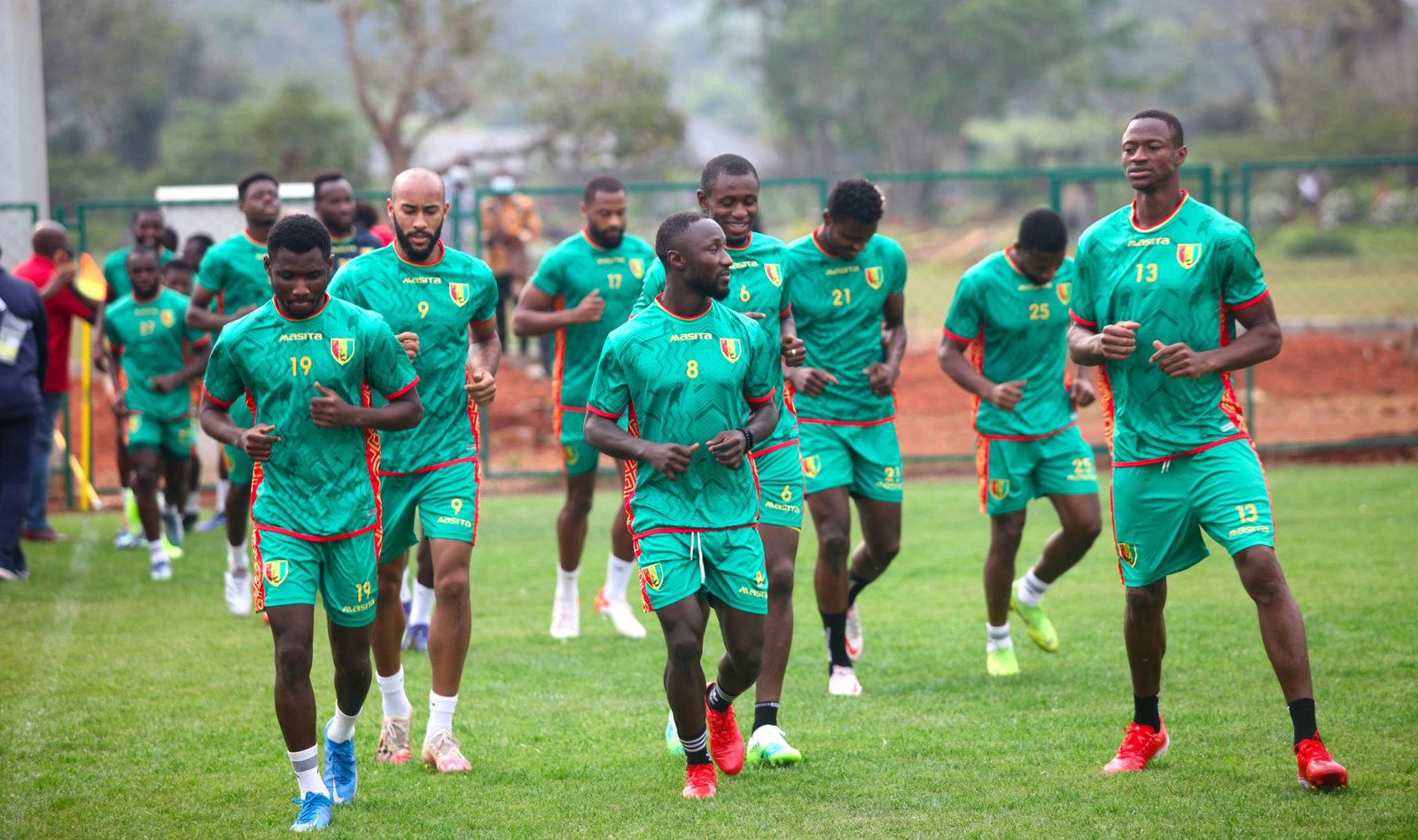 Naby Keita and fellow Guinea players during a training session

According to the Guinean Federation, defenders Fode Camara and Ibrahima Sory Conte, defensive midfielder Mory Konate and forward Morgan Guilavogui will miss the match against Malawi.

But COVID notwithstanding, the two sides will be keen to have a positive start to the tournament in their first ever meeting.

Guinea have reached the knockout stages of the Africa Cup of Nations in five of their last six participations but have never progressed further than the quarter-finals in that time. They will however be looking to change the script this time.

They will look upon for inspiration from Liverpool midfielder Naby Keita who will also skipper the side.

Meanwhile, Malawi who are playing in the AFCON for the third time, and first time since 2010 will be hoping to have a positive start, having failed to make it out of the group phase in their previous two appearances.

The Flames’ man to watch will be Orlando Pirates striker Gabadinho Mhango.

In the other Group B match of the day, 2019 losing finalists Senegal will be up against another Southern African outfit, Zimbabwe. Senegal have the record of qualifying for the most AFCON tournaments without winning and this will be a statistic they will want to erase. 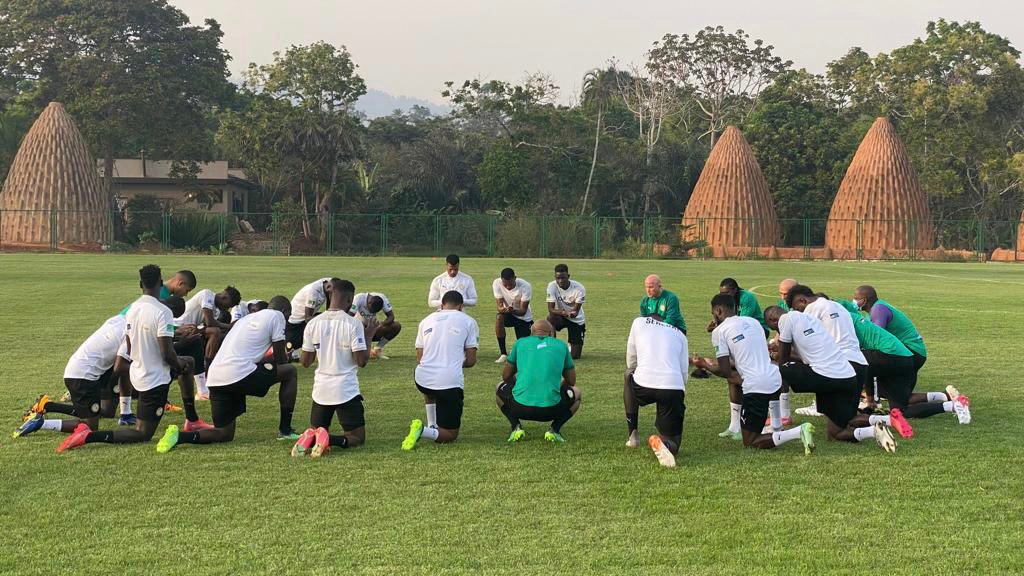 Senegal players before a training

However, coach Alliou Cisse will also have to deal with a menacing COVID-19 battle within his squad.

The Lions of Teranga have had three positive cases since arrival in Cameroon, including captain Kalidou Koulibaly and goalkeeper Edouard Mendy, having already been forced to leave six squad members behind in Dakar to recover.

They will have only 17 players to select from for the opening game against Zimbabwe’s Warriors.

Senegal and Zimbabwe have met twice before at the AFCON, in 2006 and 2017 with the Senegalese winning both ties with 2-0 scorelines. The Senegalese, despite being handicapped on numbers are looking to continue a good streak, having won all their last three AFCON opening matches.

Liverpool striker Sadio Mane will be looked upon for leadership for the side, both into the pitch and in the final third where he will lead the hunt for goals. He scored thrice during their run to the final in 2019.

Interestingly, Mane has scored or assisted 43pc of Senegal’s goals over the last two Africa Cup of Nations (5 goals, 1 assist).

Zimbabwe will meanwhile hinge their hope on the experience of skipper Knowledge Musona as well as Olympique Lyon forward Tino Kadewere.

The Warriors are without Aston Villa midfielder Marvellous Nakamba and Marshall Munetsi, both of who are ruled out with injury. 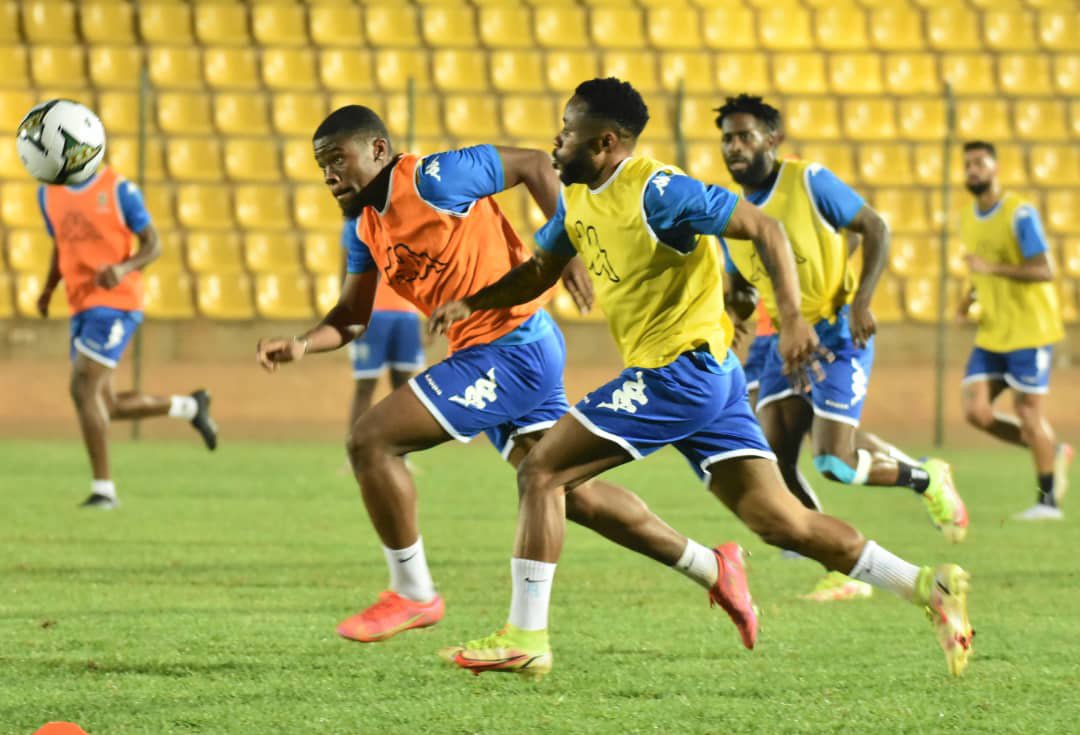 Gabon players during a training match

Elsewhere, Gabon will start their AFCON campaign without captain Pierre Emerick Aubameyang with the exiled Arsenal man having tested positive for COVID-19. Head coach Patrce Neveu will also be without Denis Bouanga when they take on debutants Comoros.

Aubameyang’s absence will especially hurt Gabon as the skipper has scored 69pc of Gabon’s goals in the Africa Cup of Nations (6 goals + 3 assists, out of a team total of 13 goals

Comoros who are making their debut at the tournament will meanwhile look to emulate the run of Madagascar in 2019 when the fellow islanders went all the way to the quarter finals in their first ever appearance at the tournament.

In the other Group C fixture, Morocco and Ghana will face off in what is expected to be a blockbuster tie.

Both regarded as continental giants, they have hugely under-achieved at the Cup of Nations and this time look keen to correct the previous mistakes.

Morocco will be without Aymen Barkok and Auyoub El Kaabi but they shouldn’t be less of attacking numbers, even with Hakim Ziyech having been exiled and left out of the squad.

Ghana are at the same time looking for a positive start. Last week’s 3-0 friendly match loss to champions Algeria brought them back to reality but coach Milovan Rajevac has exuded confidence that the team has what it takes to perform well in Cameroon.