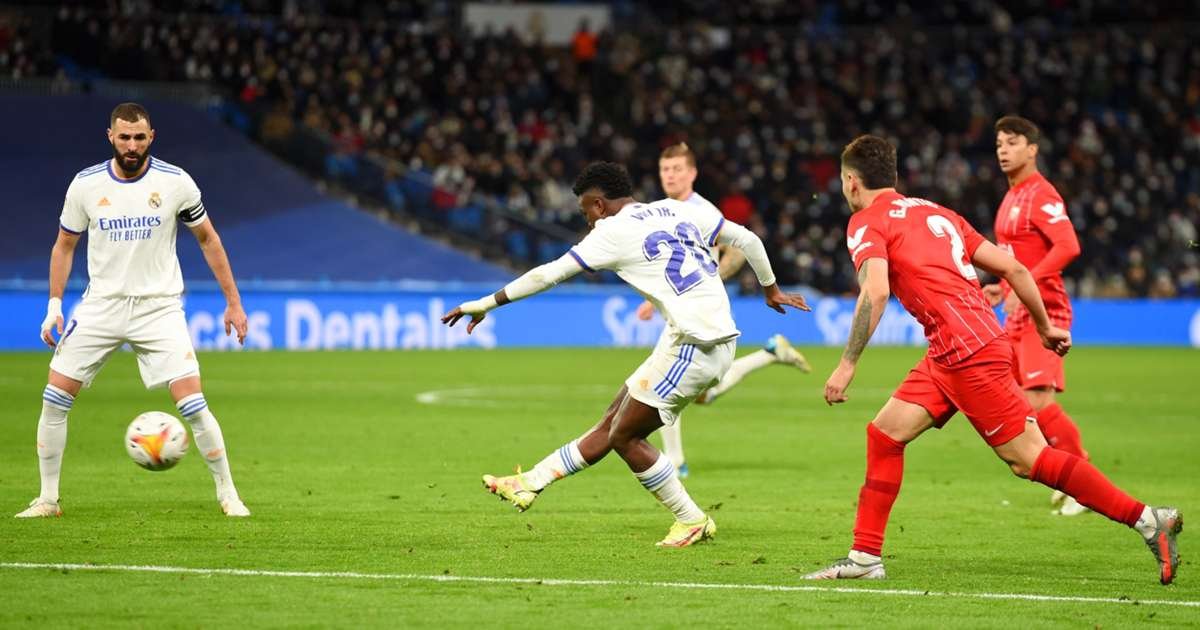 Sevilla, led by former Los Blancos manager Julen Lopetegui, could have moved a point clear of Madrid at the top of the table with victory, and they got off to a fine start thanks to Rafa Mir’s early header. 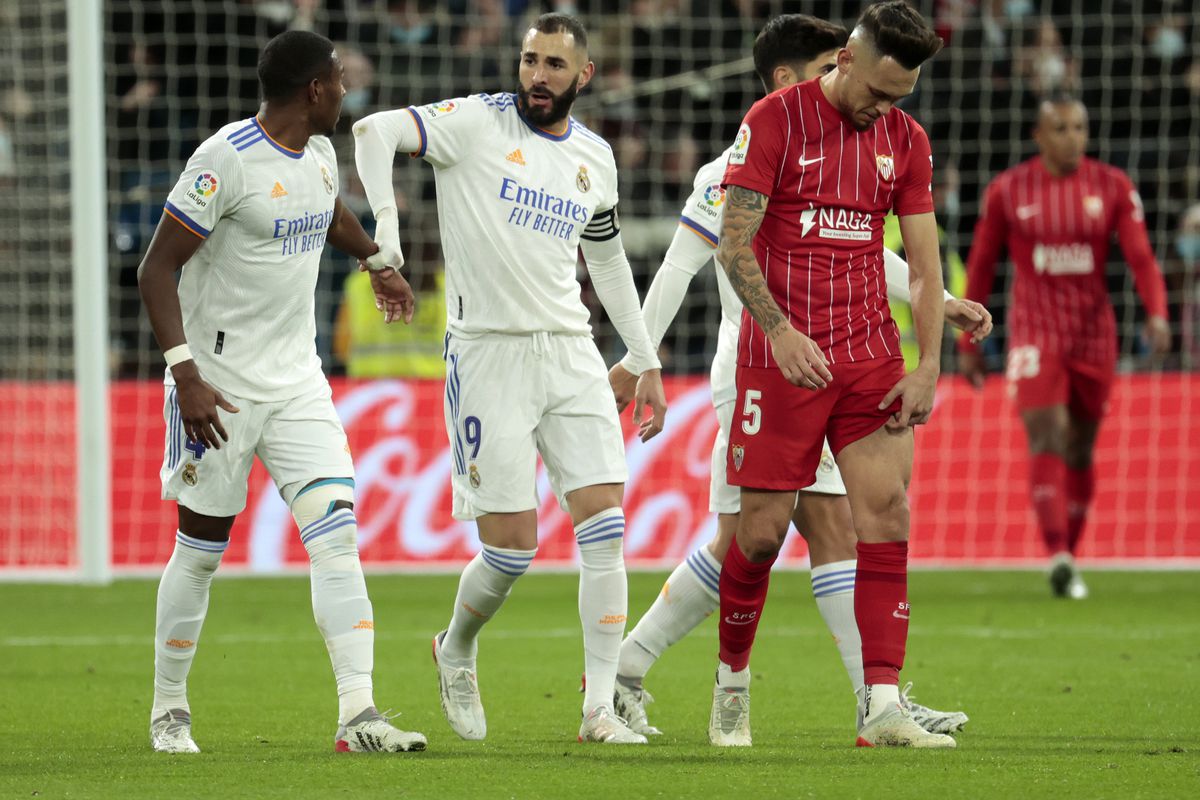 The result moved Carlo Ancelotti’s side four points clear of Atletico Madrid and Real Sociedad at the top of the table, with Sevilla a further point back in fourth.

The visitors went ahead in the 12th minute when an unmarked Mir headed Marcos Acuna’s corner past Thibaut Courtois from 12 yards.

The striker should have scored again just minutes later, but David Alaba cleared his initial effort off the line and Courtois got down well to block the follow-up.

Lucas Ocampos hit the crossbar from a distance as Sevilla sought to go two to the good, but Madrid pulled level when Benzema slotted into an empty net after Yassine Bounou had spilt Eder Militao’s long-range strike onto the post.

Marco Asensio whipped wide from 25 yards shortly before the hour mark, while Vinicius wastefully blazed over after a rapid counter-attack.

The Brazil international had the final say, though, cutting in from the left and fizzing a strike past Bounou from 22 yards to seal an important win. 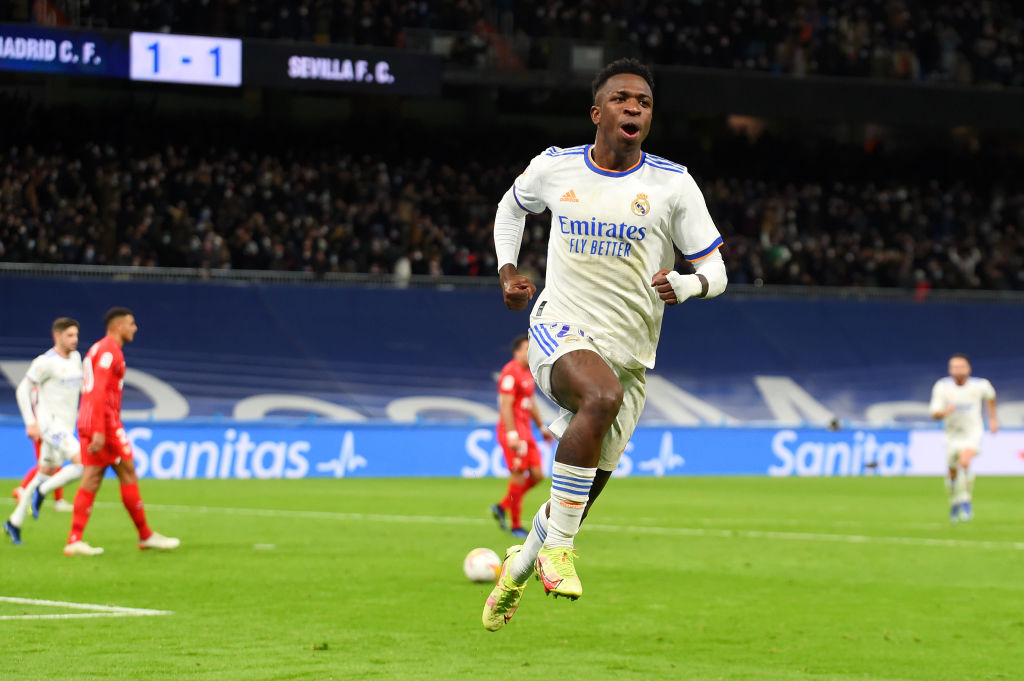 Lopetegui would loved to have marked his 100th LaLiga match as head coach with a win over his former side, and it looked like that might be a possibility during a superb opening 30 minutes for the visitors.

An error from Bounou and a moment of magic from Vinicius put paid to that, though, as Madrid proved they are still the team to beat in LaLiga.

Vinicius will steal the headlines, but it was the predatory Benzema that clawed Madrid back into the game. Only Liverpool’s Mohamed Salah (19 – 11 goals and eight assists) has been involved in more goals in Europe’s five major leagues this season than the France international (18 – 11 goals and seven assists).

It might have been so different had Bounou not fumbled Militao’s effort from 35 yards. It was a game to forget for the Moroccan international, who also got a hand to Vinicius’ winning goal but could not keep it out.

Both sides will be in midweek action this coming week. Madrid is at home to Athletic Bilbao on Wednesday, while Sevilla travels to Cordoba in the Copa del Rey on the same day.