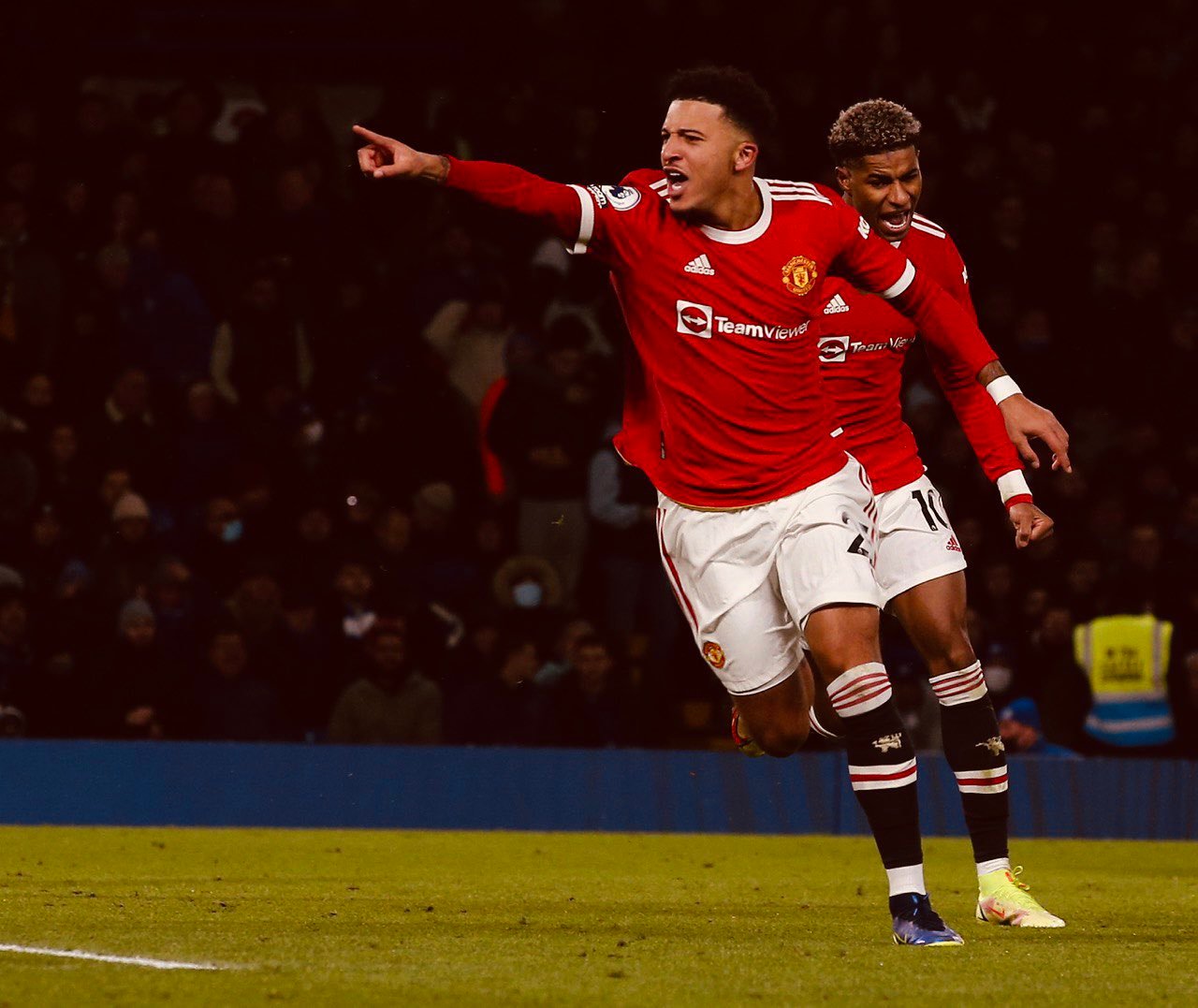 In a match dominated by Chelsea in the better part, Jadon Sancho put in his first goal for the Premier League and second for Manchester United in a match that also saw Michael Carrick bench Cristiano Ronaldo.

Jadon Sancho scores first goal, capitalized on Jorginho’s error shortly in the second half but Jorginho made amends for being dispossessed in the lead-up to the goal as he slotted in a penalty after Thiago Silva was booted in the box by Aaron Wan-Bissaka. 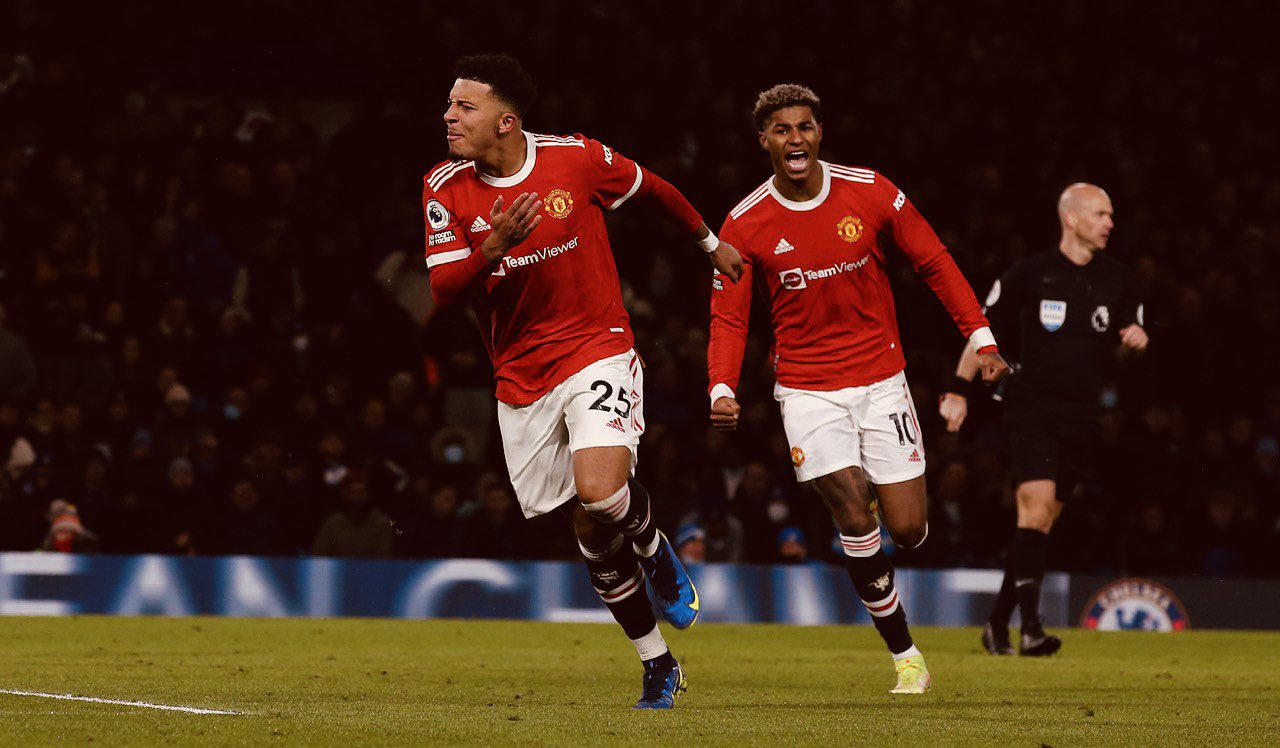 With Cristiano Ronaldo benched, United redefined the idea of caution in the first half, taking 21 minutes to touch the ball in the final third and 44 minutes to have a touch in Chelsea’s box, but the hosts struggled to break them down.

Efforts from Chelsea’s Callum Odoi and Antonio Rudiger’s long-range shot were calmly saved by majestic De Gea to deny them an early lead.

Timo Werner’s goalbound effort was blocked by Wan-Bissaka, Ruben Loftus-Cheek could’ve done better with a free header from a corner and Antonio Rudiger skied a volley.

However, the visitors may have also won it but Fred failed to execute a chip from the edge of the box as both sides shared the spoils.

With the score level, both sides searched for a match-winner as the game reached the latter stages, but the points were shared.

Speaking after the game caretaker manager Michael Carrick expressed his disappointment for the draw after claiming a lead earlier in the second half.

With a win mentality ahead for the Sunday evening game, Carrick said it was disappointing to share the points with the Blues.

“That intent and that hunger summed us up today. We knew it wasn’t going to be free-flowing football at times but we were prepared to dig in,” caretaker manager Carrick reflected.

Man United took the lead against the run of play on 50 minutes when Jorginho was dispossessed by Sancho on the halfway line after trying to control a looping ball – the England star then calmly bore down on goal and slid the ball past Edouard Mendy.

Sancho was substituted in the 63rd minute and was replaced by Cristiano Ronaldo and in five minutes the scoresheet red different.

Jorginho stepped up and slotted into the corner of the net after Wan-Bissaka booted Silva’s ankle in his attempts to clear the ball.

The home side then had the lion’s share of the chances with Werner, Loftus-Cheek, and Rudiger all having their moments but neither side was able to find the winner.

Manchester United fielded three defensive midfielders and Ronaldo on the bench with rumors going round on social media that the incoming interim manager Ralf Rangnick helped in picking the squad.

The first half saw United camp in their box a mistake that could have cost them in the first four minutes of the game.