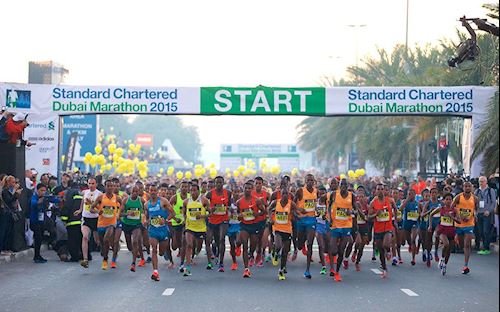 Elisha Kiprop and Valentine Kipketer emerged as the men and female winners respectively of the 18th edition of the Standard Chartered Nairobi Marathon held on Sunday, 31 October 2021.

Valentine Kipketer outsmarted Naomi Chepkogei Maiyo, in the women’s 42km to win the race in 2 hours, 30 minutes, and 02 seconds. Naomi, who started the race at a higher pace had to settle for the second slot in 2:32:23 with Lilian Chemweno coming third in 2:34:14 on a hot afternoon in Nairobi.

Commenting on her 42Km win, Valentine lamented that this was her first time participating in the Standard Chartered Marathon and that she’s very pleased with her performance. the athlete went on to say that she has been training for a better part of the year with a couple of teammates and that she was confident that she was well trained and prepped for the race.

Prior to the race, Valentine had said this was the first of many races promising impressive results and she delivered.

In the men’s 42km event, Elisha Kiprop took charge of the proceedings of the race to emerge victorious, with Alphonse Kigen coming second. Joshua Kogo settling for the third slot. 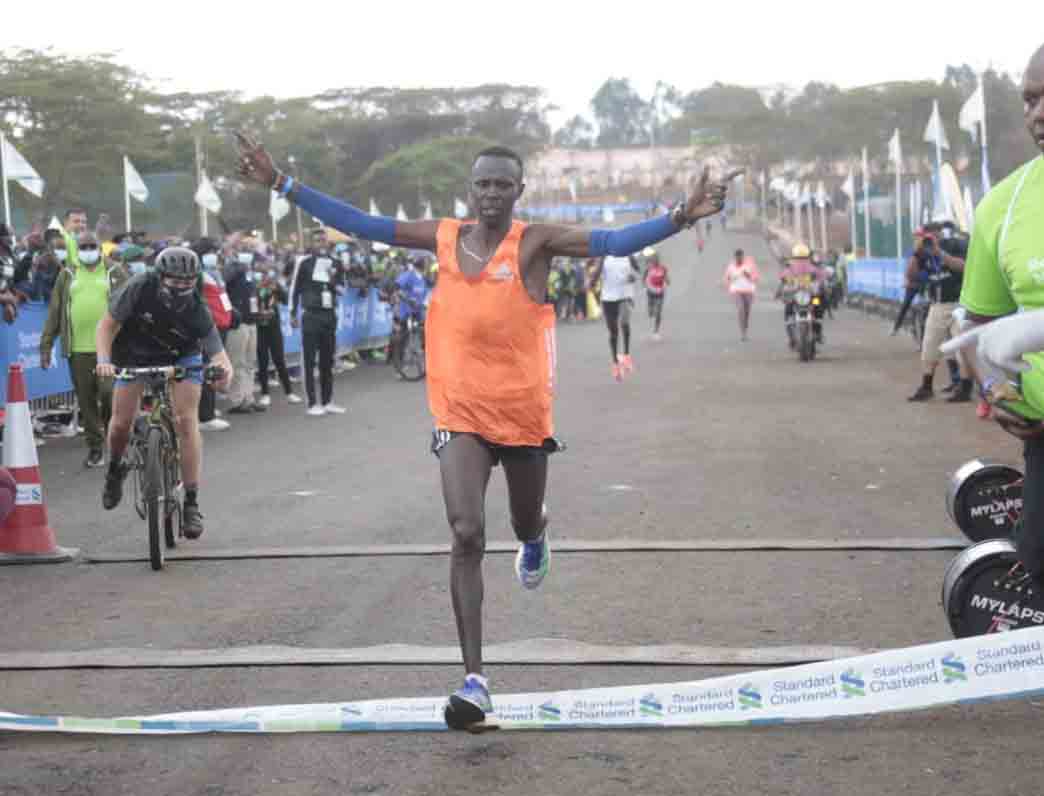 Speaking on his 42km win, Elisha Kiprop expressed his joy saying he is very pleased to have participated in this year’s marathon. Kiprop said he commenced training in June and it felt good to see the results of his hard work. The athlete said he looks forward to continuous growth in his athletic journey with hopes to participate in international marathons as well.

Winners in both categories each walked away with Sh2 million sponsored by the Standard Chartered bank. 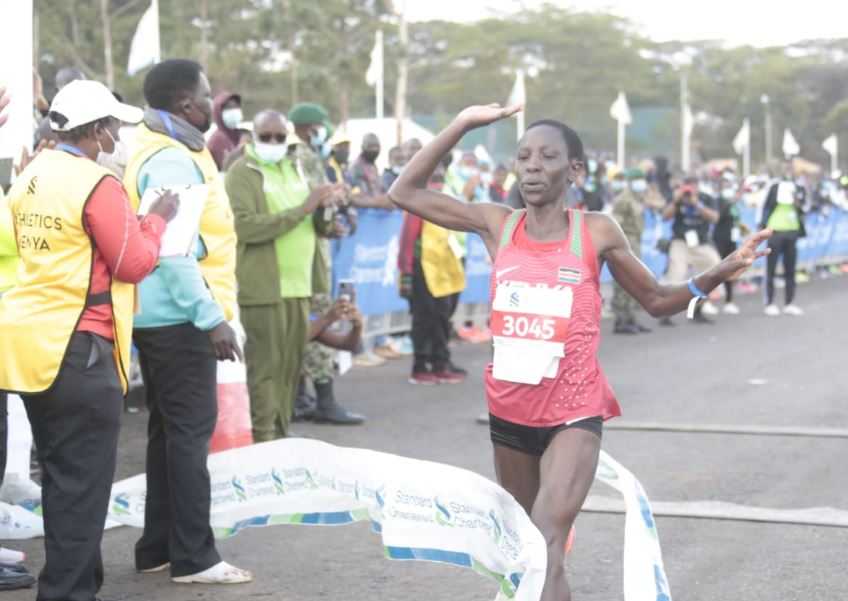 The women’s wheelchair event was won by Caroline Wanjira who finished in a record time of 2:11:58.

The marathon, which has been an annual event made a comeback this year after it was cancelled in 2020 due to unprecedented challenges brought about by COVID-19 and the containment measures required. Sh 11.5m prize money has been allocated to go to the top athletes in different race categories.

All proceeds in the race will be channelled towards the Future makers initiative which is Standard Chartered’s community initiative that supports women and youth through education, employability, and entrepreneurship. The Marathon has been known as a stepping stone for young athletes to register their names on the national level.

The next event is scheduled for 2022 between October and November.