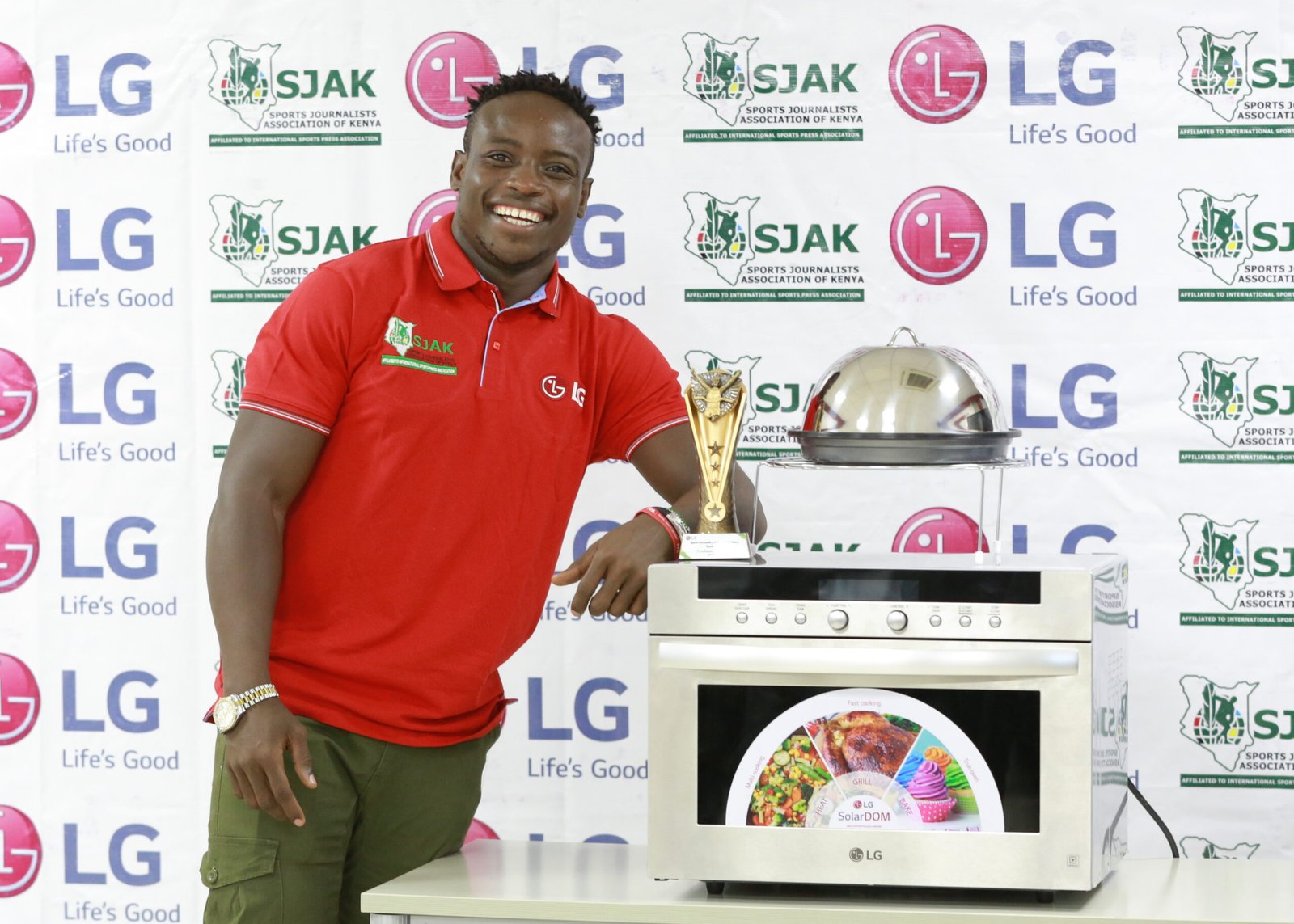 Sprint sensation Ferdinand Omanyala has been named as the sports personality of the month by the Sports Journalists Association of Kenya after his imperious performance at the Kip Keino Classic.

The on-form Omanyala smashed his own national record at the leg of the World Athletics Continental Gold Tour, finishing second in a time of 9.77secs in the 100m, breaking the African record in the process.

Omanyala powered home to a new record at the Kasarani Stadium to run the eighth fastest time ever in the 100m dash, finishing behind American Trayvon Bromell who clocked the fastest time this year, winning in 9.76secs.

“I have been nominated many times for this award and today I am happy to win it. It is always good to be appreciated back home for your exploits. I thank LG and SJAK for thinking about sports men and women, it means a lot because our efforts are recognized,” Omanyala said as he received his award from sponsors LG. 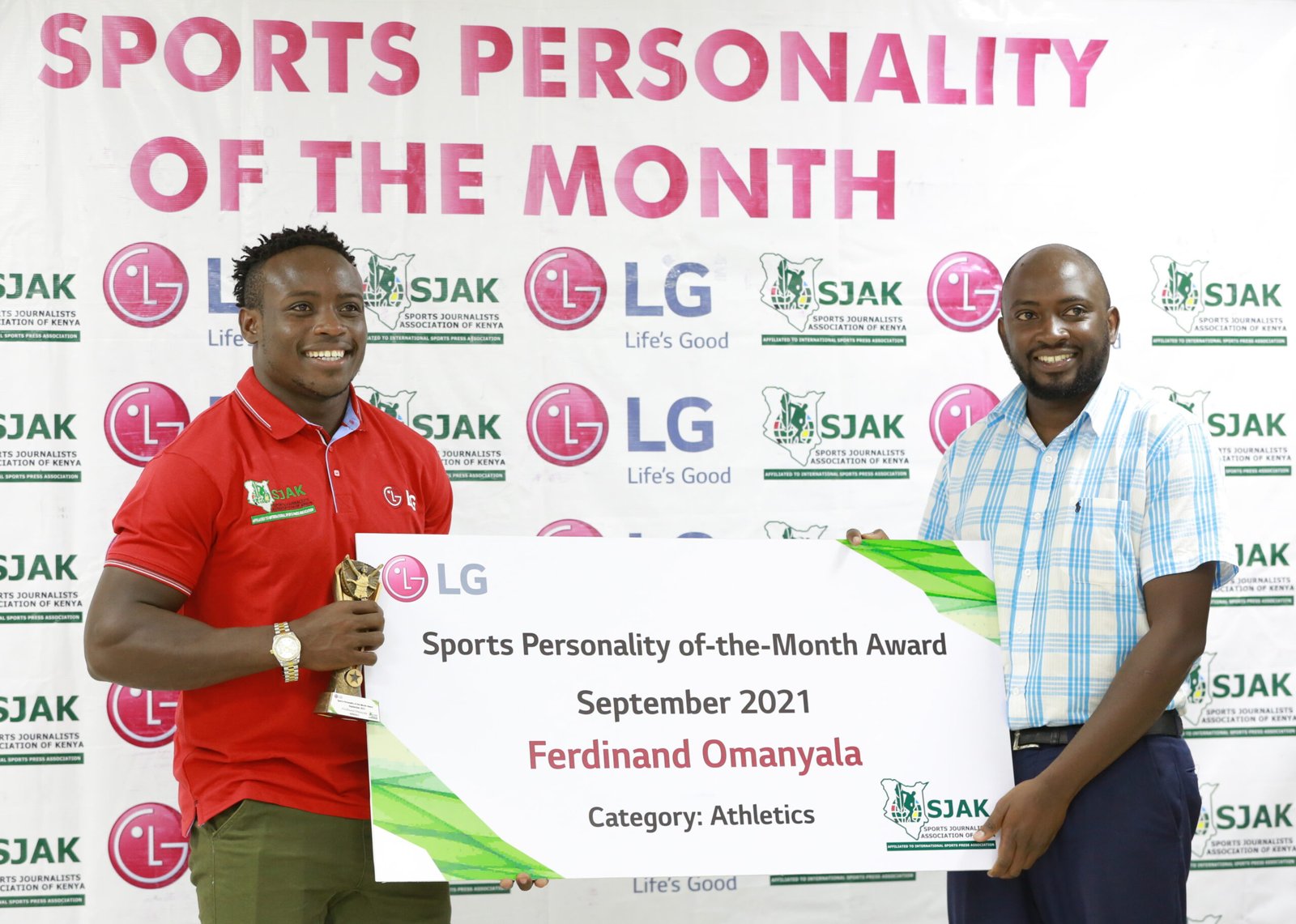 He added, “I am training hard, working on perfecting my start because I will be going for the big boys next year. We have many events like the Commonwealth Games, World Championships, African Championships and I am certain I will post better times.”

On his part, LG Electronics content manager East Africa, William Kamore congratulated the star runner saying he is a living example as the country seeks to make a mark in sprints.

“Kenya has dominated middle and long distance running from the days of yore. Omanyala’s sterling heights in Kip Keino Classic will no doubt motivate a generation of runners to take up the breakneck 100m challenge at continental and global levels.”

Omanyala’s performance at the Kip Keino Classic was a culmination of a perfect season for him that started off with qualification for the Olympic Games after winning the Kenyan trials in 10.03secs, a national record then.

He then went on to equal and break his own national record at the Olympic Games where he reached the semi-finals.

He continued his season by being invited for the Diamond League in Brussels for the first time ever and then went on to become the first Kenyan to break the 10secs barrier when he ran a new national record of 9.86secs in a race in Austria. 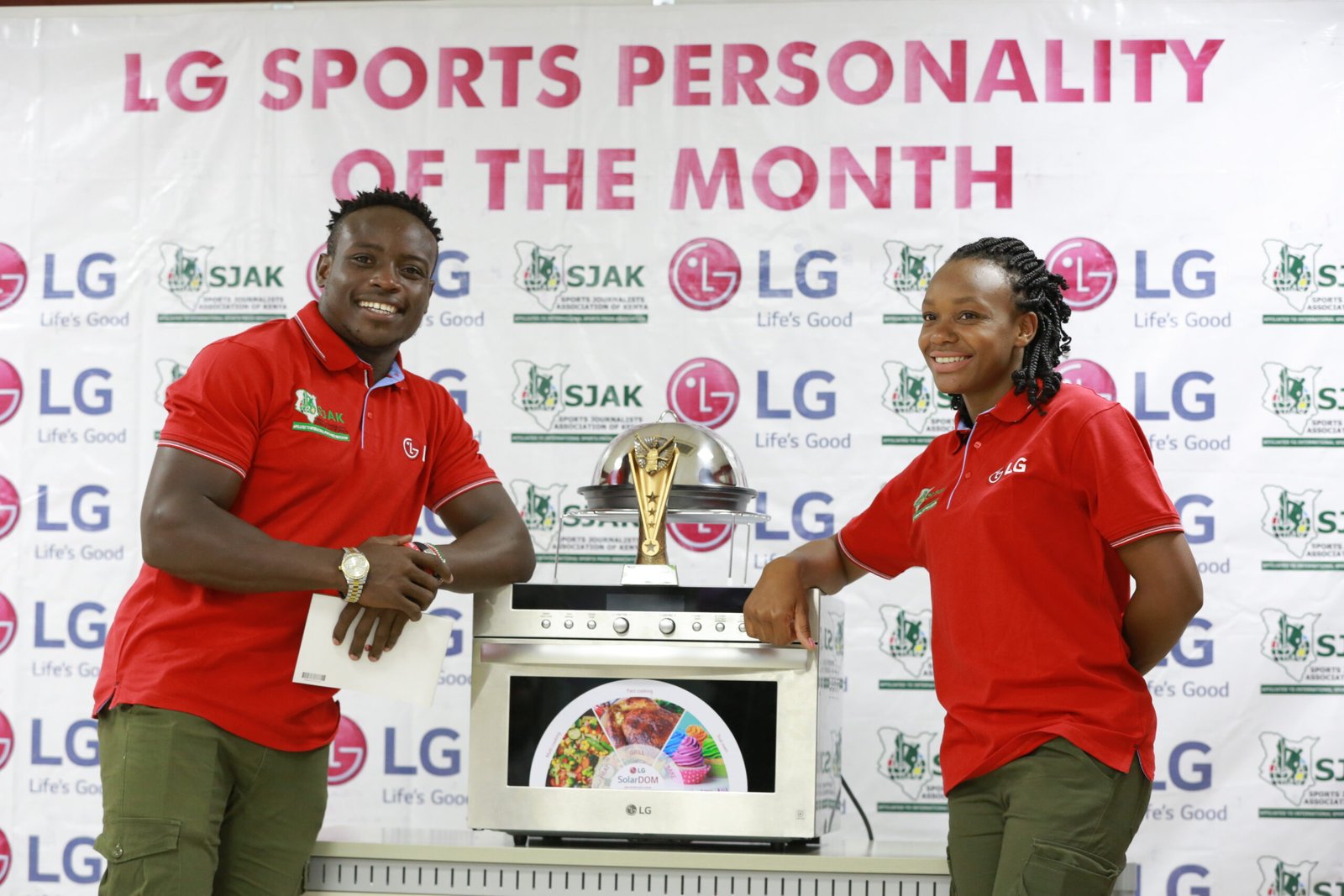 In winning the coveted monthly award, Omanyala took home an LG SolarDOM Oven worth Ksh 65,000 which is a 3-in-1 oven that is used for heating, grilling and baking.

To win the September Award, Omanyala floored other top nominees including the late Agnes Tirop, who had clocked a women’s only 10 km world record of 30:01 at the Adizero Road To Records meeting in Germany, slashing 28 seconds from the previous world record.

Other nominees were Malkia Strikers captain Mercy Moim, who was the best receiver at the CAVB Women’s African Nations Championship in Rwanda where Kenya took silver after losing to perennial rivals Cameroon.

Sharon Chepchumba who was the best attacker, Gladys Ekaru who was the best blocker and Noah Kibet who won the 800 metres race at the Kip Keino Classic by clocking 1:44.97 were the other nominees.