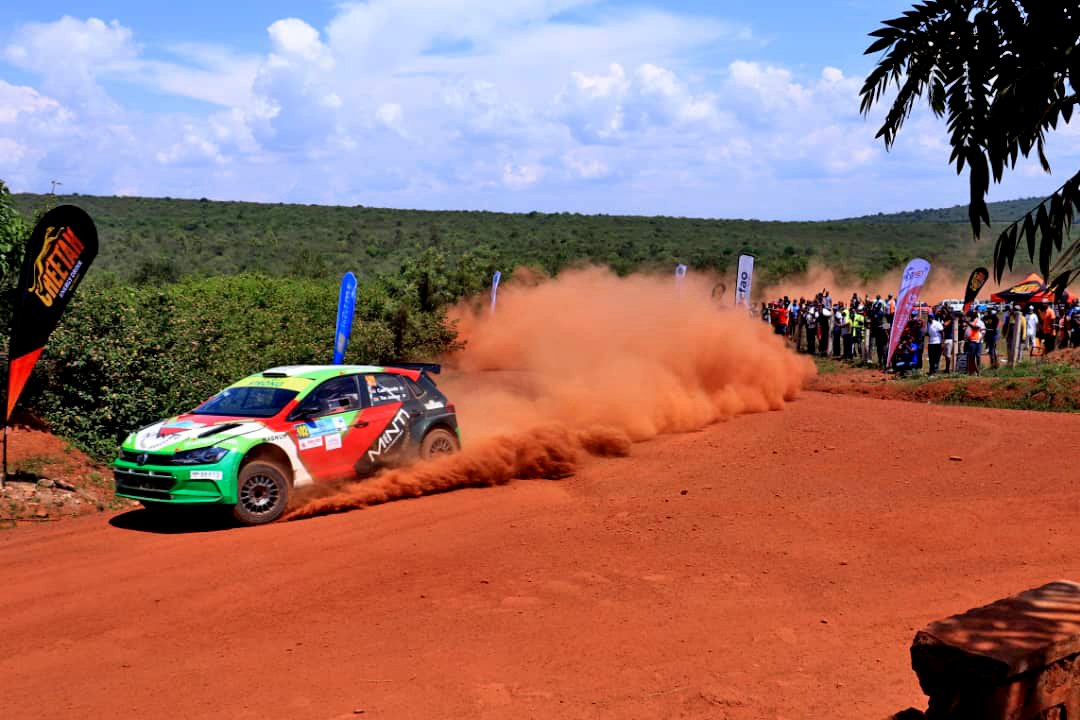 Carl Flash Tundo in action at the Rwanda Rally

With one round to spare, Carl ‘Flash’ Tundo has sealed the FIA Africa Rally Championship title after dominating at the Rwanda Mountain Gorilla Rally which he won to clinch the title with the South Africa round still to take place.

Tundo had his campaign effectively sewn up when his Toyota Gazoo Racing South Africa driver Guy Boterill fell by the wayside in Day One action on Saturday. The departure of his closest competitor opened up the door for Tundo.

After dominating Saturday’s seven- stage Leg 1, all Tundo needed to do to clinch the continental title in the four-stage Day Two itinerary was just a finish which he did in bravado beating compatriot Karan Patel by 14.4 seconds to win the prestigious Rwanda round outright.

This went down as Tundo’s fourth win of the 2021 ARC season after the Equator Rally Kenya in Naivasha, Rally of Tanzania and Zambia International Rally where he survived late puncture scare to pull through.

In winning the penultimate ARC round, Tundo joins the growing list of Kenyans who got their mitts on the coveted African title after trailblazer Shekhar Mehta who won it for the country in 1981 in a Nissan.

David Horsey of Mombasa was  the second winner in a Peugeot in 1984 followed by Kisumu speed merchant Jaspreet Singh Chatthe in 2015 in a Mitsubishi EvolutionX,  Don Smith in 2016 in a Subaru while Manvir Barya won a hat-trick of the African Championship titles in 2019 in a Škoda Fabia R5.

The Mint Motorsport-sponsored crew of Tundo and Jessop, took the lead from start, fighting for seconds in each other stage with fellow countryman, Karan in a Ford Fiesta R5.

Tundo led the rally with 46 minutes 47.1 seconds after SS9, 21.3seconds adrift of second placed Patel. Boterill dropped out due to engine gremlins.

Fighting his way back after tormenting morning experience of a blown turbo gearbox, Uganda’s Yasin Nasser managed a seventh position.

“It was a push and finish for us,” said Yasin after having his car fixed.