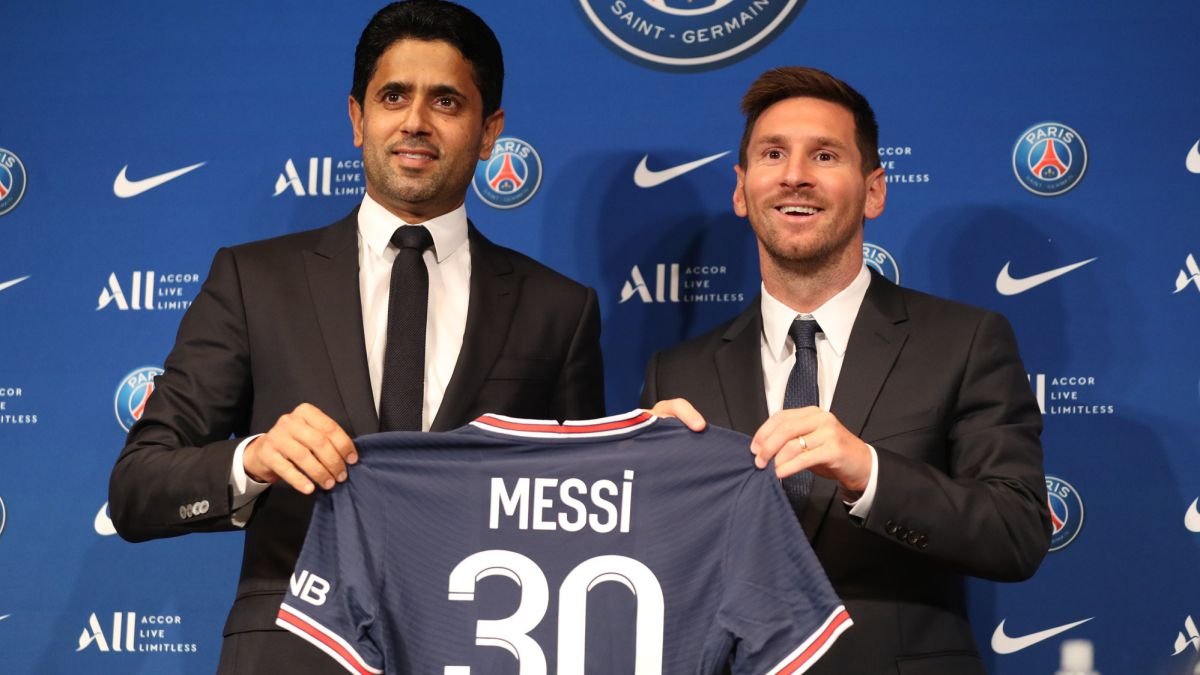 The transfer window does not just close. It slams shut till the next transfer window, and on Tuesday, it slammed shut with a flurry of late activity.

La Liga champions Atletico Madrid were heavily involved in the last minutes of the window, with Antoine Griezmann re-joining the club on loan from Barcelona while Saul Niguez left for Chelsea.

It marked the end of a difficult window for Barcelona, who of course lost Lionel Messi to Paris Saint-Germain on a free transfer, who rounded off a stellar three months by not only keeping Kylian Mbappe but also adding promising left-back Nuno Mendes not mentioning the likes of Achraf Hakimi.

Earlier in the deadline day, Cristiano Ronaldo’s sensational return to Manchester United had been confirmed, perhaps putting the Red Devils right in the mix for the Premier League title, while Chelsea was on their side buoyed by Romelu Lukaku’s comeback, cannot be ignored on the title charge.

Here, at SportsLeo we take a look at just who are the winners, and losers, of what has been a chaotic transfer window all across Europe.

This is obvious to every football fanatic out there. Achraf Hakimi, Nuno Mendes, Sergio Ramos, Gianluigi Donnarumma, Georgino Wijnaldum and, of course the great Lionel Messi. Oh, and PSG kept hold of Mbappe, too, rebuffing three bids – the final one reportedly worth €200m, from Real Madrid for the 22-year-old superstar who is out of contract next year. Speaking of out of contract players, it is important to note that Ramos, Donnarumma, Wijnaldum, and Messi were all brought in for combined fees of €0, although their wages are sure to be astronomical even by PSG’s standards. In Mbappe, Neymar and Messi, PSG have, on paper, what could be the most feared attacking trident of the modern era, not to mention Angel Di Maria in reserve. Mauricio Pochettino’s side looks suspect defensively but has Ramos to come in, while Donnarumma will compete with Keylor Navas for a space in between the goalposts. If they do not win the UEFA Champions League this season, will they ever manage it? It’s just but a matter of wait and see. 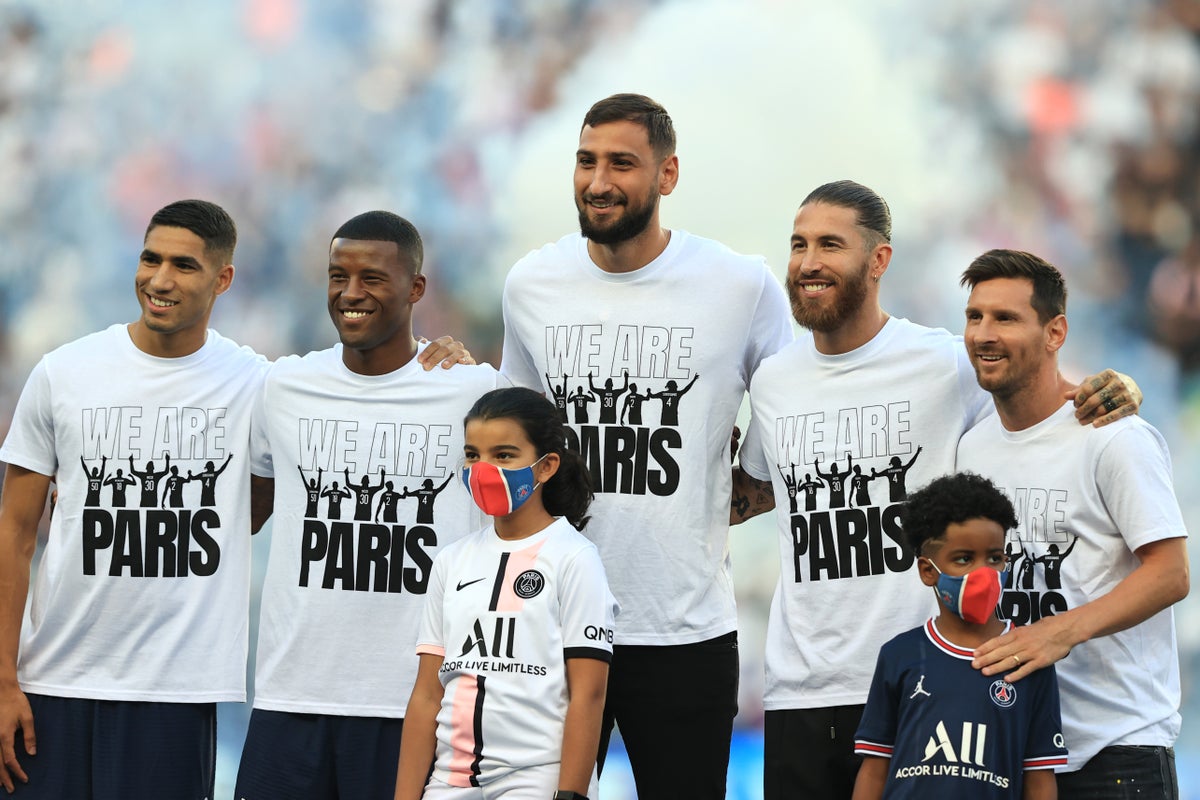 It remains to be seen whether United really needed to go out and buy Ronaldo, but the temptation, and reportedly, the requirement to get one over on noisy neighbors Manchester City – was just too much. However, there is no doubting Ronaldo brings a focal point you could argue was still missing from the Red Devils’ attack, though with so much quality at his disposal the pressure will be on Ole Gunnar Solskjer to deliver a trophy. United spent big on Jadon Sancho and also brought in a world-class defender in Raphael Varane. A title tilt might not be expected just yet, but silverware in some form must be the goal now. After fan protests during the botched Super League proposals earlier this year, the Glazer family seem to have gone all out to prove they want success.

When it comes to Premier League title contenders, Chelsea has surely put themselves well in the running. The European Champions have brought in two major additions in the form of Lukaku and Saul, both players with a wealth of experience at the highest level, and both on the back of title-winning campaigns last season in Serie A and La Liga. 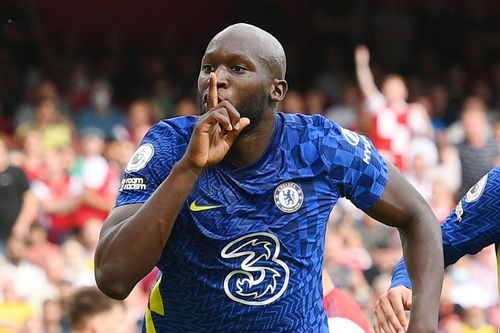 Lukaku celebrates after scoring on his Chelsea debut against Arsenal. | PHOTO: Courtesy |

The Blues did sell Tammy Abraham, Olivier Giroud, and Kurt Zouma, among others, but the strength in depth Thomas Tuchel has to play with is remarkable. A deadline day move for Sevilla’s Jules Kounde did not materialize, but Saul adds another fantastic option in midfield to go alongside N’Golo Kante, Mateo Kovacic, and the in-form Jorginho who has just been announced 2020/2021 UEFA Men’s player of the year.

For a long while, it looked as though Tottenham would be one of the biggest losers from this window. A prolonged managerial search eventually resulted in Nuno Espirito Santo’s appointment, but the main saga was over Harry Kane’s future. Manchester City reportedly made one bid, during Euro 2020, which was dismissed out of hand. The champions never did return with an improved offer, despite huge speculation, and Kane ultimately stayed put. Older players such as Joe Hart, Toby Alderweireld, Erik Lamela, and Moussa Sissoko were moved out, while Bryan Gil, Pierluigi Gollini, Cristian Romero, and Emerson Royal who is also a deadline day arrival came from Barca, arrived to fill the gaps. Serge Aurier’s contract was terminated, while three wins from three means Spurs sat top of the league heading into the international break.

While Saul was a deadline day exit to Chelsea, Atletico has given themselves a great chance of retaining their LaLiga title. With city rivals, Madrid failing to land Mbappe, as well as losing two of their stalwarts in Raphael Varane and Sergio Ramos, and Barca seemingly in disarray, there has never been a better opportunity for Diego Simeone’s team to really assert themselves as top dogs in Spain. Griezmann’s arrival, on a season-long loan with the option for either club to extend the switch, has bolstered a fearsome attack that already included Luis Suarez, Angel Correa, new signing Matheus Cunha, and Joao Felix, although the latter may now find chances to play in his preferred position, nominally off the frontman, even harder to come by. Saul was struggling to nail down a regular spot in the first team, but Atleti showed a greater desire to keep Kieran Trippier, who stayed despite interest from the Premier League especially Manchester United. Rodrigo de Paul also arrived from Udinese to give a boost to the Rojiblancos midfield.

THE LOSERS OF THE TRANSFER WINDOW

The drums have finally stopped rolling at the Nou Camp. Years of mismanagement, and the impact of COVID-19, have left the club’s finances in a shambolic state. Barca had agreed to a new deal with Messi only to then announce the deal could not be completed due to “financial and structural obstacles” as stated by the club. Barca ended the window by selling promising youngster Ilaix Moriba to RB Leipzig and shipping off new signing Emerson to Spurs. Then, late on Tuesday, Griezmann, who cost Barca €120m in 2019, was sent back to Atletico Madrid. Sevilla forward Luuk de Jong, a player Ronald Koeman worked with during his stint as the Netherlands’ coach, was drafted in as a replacement. Memphis Depay seems ready to step up after his arrival from Lyon, while Eric Garcia and Sergio Aguero also came in on free transfers, though Gerard Pique, Sergi Roberto, Jordi Alba, and Sergio Busquets were among the players who took pay cuts in order for Barca to register their latest acquisitions.

The Serie A champions Inter were dealt a blow when, just after ending their 11-year trophy drought, coach Antonio Conte left the club. Financial difficulties meant the Nerrazurri had to cash in on prized assets, and Hakimi and subsequently Lukaku followed Conte out of the door. Lautaro Martinez did stay, however, with Inter reinvesting some of the funds to sign Netherlands right-back Denzel Dumfries, Roma striker Edin Dzeko, and Lazio forward Juan Correa. Hakan Calhanoglu, meanwhile, joined from rivals Milan on loan, though it is difficult to see that being enough for Inter to challenge on all fronts this season.

While Inter Milan was weakened due to the departing players and coach, it has to be said that Juventus indisputably their closest rivals in the Scudetto hunt also had a disappointing window. Like many European clubs, they have been hit hard by COVID-19, though appeared well set to challenge again after reappointing Massimiliano Allegri. However, Ronaldo decided he wanted out late in the window, and Juve did not stand in his way. An initial fee of £12.86m (€15m), payable over five years, was agreed with Manchester United, and Ronaldo left just like that. Moise Kean returned from Everton on a two-year loan with an obligation to buy as a replacement, while Manuel Locatelli was their other major acquisition and Weston McKennie’s move from Schalke was made permanent. Based on the performance in Sunday’s defeat to Empoli, however, Juve is far from the force they were during Allegri’s last spell in charge.

For a time last week, it really did look as though Madrid were going to end the window in sensational fashion. Three bids were lodged for Mbappe, but PSG did not buckle. Madrid did move for another French youngster – Edouardo Camavinga, who joined from Rennes on Tuesday – but overall it must be considered a poor window. Los Blancos allowed Ramos to leave on a free and sold long-time defensive partner Varane – just the eight Champions League winners’ medals between them. Martin Odegaard was deemed surplus to requirements by Carlo Ancelotti and sold to Arsenal, though no buyers were found for fringe players Luka Jovic or Dani Ceballos. David Alaba’s arrival on a free transfer from Bayern Munich at least softened the blow of Ramos’ departure, and Mbappe may well be on board in 2022.

City broke the British transfer record to sign Jack Grealish from Aston Villa, who in turn have made smart acquisitions such as Danny Ings, Leon Bailey, and Emiliano Buendia. While another attacking midfielder was more of a luxury than a necessity, City did miss out on Kane and then seemingly saw Ronaldo snatched from under their noses by neighbors Manchester United, though the club has claimed it is they who pulled out of the deal. 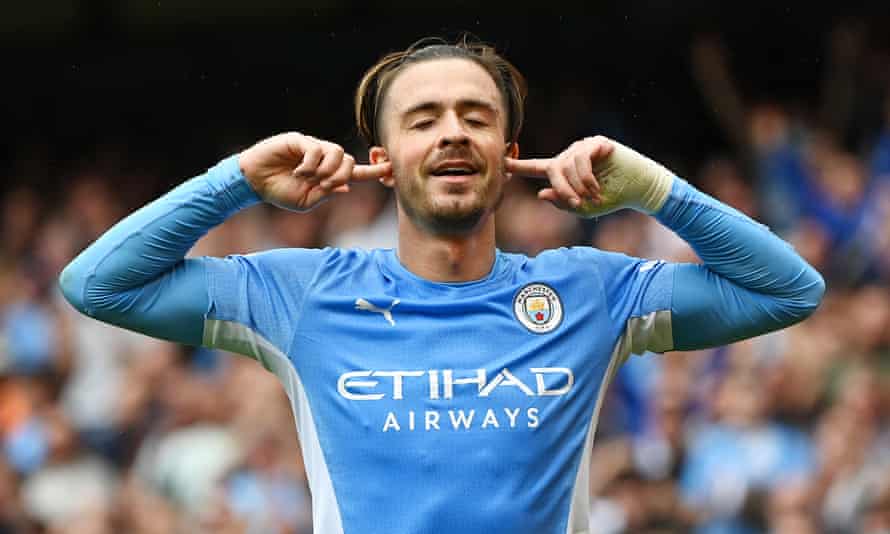 Pep Guardiola went into the window wanting an out-and-out number nine following Aguero’s departure, but for now, the Premier League champions will have to carry on with makeshift forwards. Not that it did them much harm in 5-0 routs of Norwich City and Arsenal last month. Meanwhile, wantaway playmaker Bernardo Silva is still at the club, though he will remain a first-team regular.

Unlike their league rivals, Liverpool never seemed focused on spending big. The Reds instead turned their attention to tying down the futures of most of their key players, with Jordan Henderson, Virgil van Dijk, Trent Alexander-Arnold, Alisson, Fabinho, and Andrew Robertson all signing new long-term deals. Ibrahima Konate came in from RB Leipzig to boost the defense which was a clear area of weakness last season during an injury crisis although Jurgen Klopp’s squad does seem weaker. They have started the season well, but it remains to be seen how they cope without Wijnaldum and even Xherdan Shaqiri should injuries trouble them again.