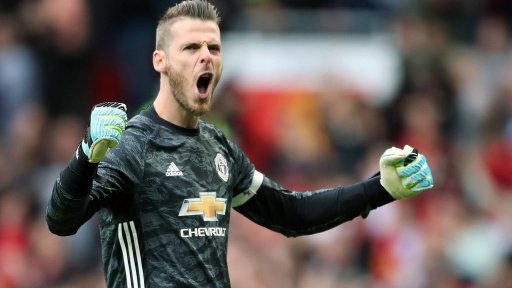 With the closure of the summer transfer window, you can’t help but wonder who the highest-paid players are for the season.

Just before the season began, it was quite interesting in the world of football as the big names made big moves.

For example, Lionel Messi who played for Barcelona since his teenage years moved to Paris Saint-Germain (PSG) on a lucrative deal.

And when many thought the transfer wind sail died down, Cristiano Ronaldo pulled a surprise card with transfer for Manchester United. However, he is not the highest-paid player for 2021 as many would expect.

Nevertheless, here are the top 10 highest-paid players in 2021.

After his exit from Barcelona Messi retained his status as the highest-paid player in football history. He takes home $1,325,000. It is an amount commensurate to his football glory and a huge fan base across the world.

The Argentine is the only player in 2021 earning $1 million dollars per week even before his move to PSG from Barcelona.

Mundo Deportivo reports that Messi together with his wife Antonella Messi and their three kids are living in the prestigious Le Royal Monceau hotel in Paris.

Messi’s accommodation costs £17,000 per night. He describes the whole experience in Paris as “new” and lauds the city as “beautiful”.

Unknown to many, Le Royal Monceau opened in 1928 in the French Capital. It has a reputation for fine dining in the city.

The Brazilian football star enjoys the status of being the second-highest-paid player. At PSG, he shares special moments with Messi trailing him closely in the weekly earnings. He toppled Ronaldo from the second position following his move to Serie A’s Juventus.

Would you expect to see Suarez among the top three? Probably not. However, he is the most decorate La Liga player steering Atlético to victory in the last season.

For now, he is a huge burden to the financially troubled Barcelona. Nevertheless, he earns the same as Suárez in the La Liga.  His performance considered, it is time Barcelona did a review.

Bale is Real Madrid’s highest-paid player after Ronaldo’s exit years ago. He enjoys the limelight both on the pitch and all the way to the bank. Though he suffered reputational damage over the last few years – as expected with football – he still holds his top cheque.

The Frenchman is the thirds highest earner at PSG after Messi and Neymar. Nevertheless, he is among the top 10 biggest earners internationally. Given his age and talent on the pitch, he remains on this list for the next 10 years.

He could earn more with his planned free transfer to Real Madrid next summer in January. PSG hurdled his talks with Real Madrid for his transfer on a £171.6m (€200m) deal.

Real offered a further £8.57m (€10m) in add-ons but the deal flopped hours to the end of the summer transfer window on Tuesday.

Ronaldo is the latest sensation in football history. His surprise move to Manchester United warmed hearts across the world. He sealed his transfer from Juventus at the close of the summer transfer window.

Though at number seven, Ronaldo’d sponsorship deals are the biggest among his star peers in the field. He is also a top-earner in Premier League.

The 30-year old Belgian player squarely takes the eighth position on the chart. He currently plays for Manchester United as a midfielder since 2015 with an estimated €100.00m in value.

The Spaniard goalkeeper for Manchester United is a different story. For a decade, he has been with United through thick and thin. The 30-year-old is also a goalkeeper for his national team Spain which he played in Under 21 between 2009 and 2013.

The Polish striker is a great asset to Bayern Munich. He moved to the German club from Borussia Dortmund where he is described as a scoring machine.