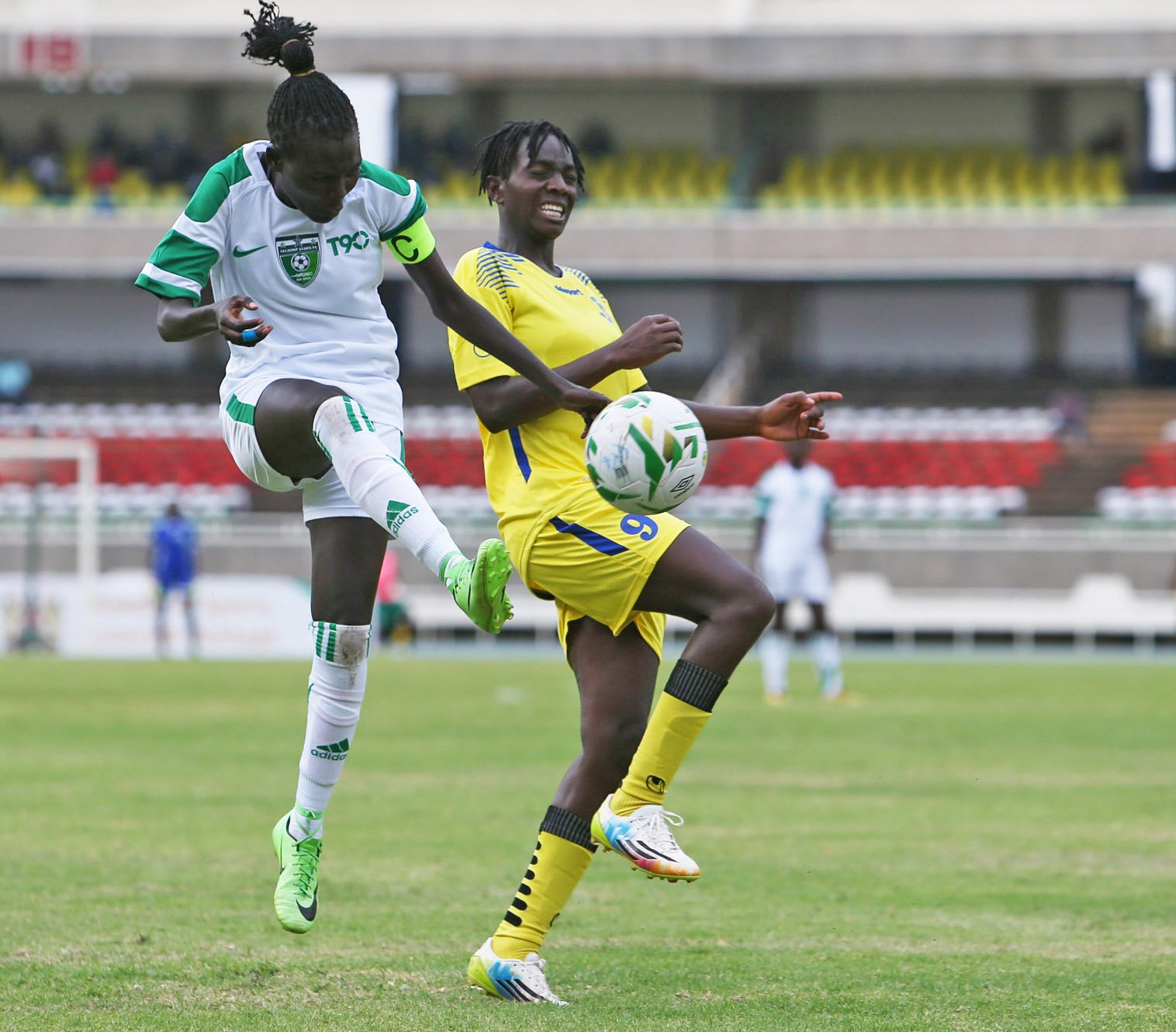 Kenya’s representatives Vihiga Queens thrashed South Sudan’s Yei Joint Stars 11-0 to revive their hopes of making it into the semi-finals of the CECAFA Regional Qualifiers for the inaugural CAF Women’s Champions League.

Vihiga had lost their first game to Ethiopia Commercial Bank and were in a must win situation to keep their hopes of making the last four alive.

Violet Wanyonyi was the toast of the Kenyan side scoring four goals in the 6th, 16th, 64th, and 90th minutes with Maurine Achieng grabbing a hattrick.

Tereza Engesha and Jentrix Shikangwa managed to get a brace each after scoring in the 15th and 49th minute and 38th and 70th minute respectively.

Achieng opened the scoring in the sixth minute with a simple tap into an empty net from Engesha’s cross. Three goals within four minutes made it 4-0 after 16 minutes. Wanyonyi found the back of the net when her powerful shot from the right slipped through the keeper’s palms and into the net.

A minute later, Engesha made it 3-0 with a sumptuous freekick from the edge of the area that left the keeper dazed.

Wanyonyi then doubled her tally with a ferocious shot from the right for goal number four before Achieng completed her brace with a stretched finish to tap into an empty net. Shikangwa made it six with a good shot into the top right from the edge of the box for a 6-0 halftime lead. 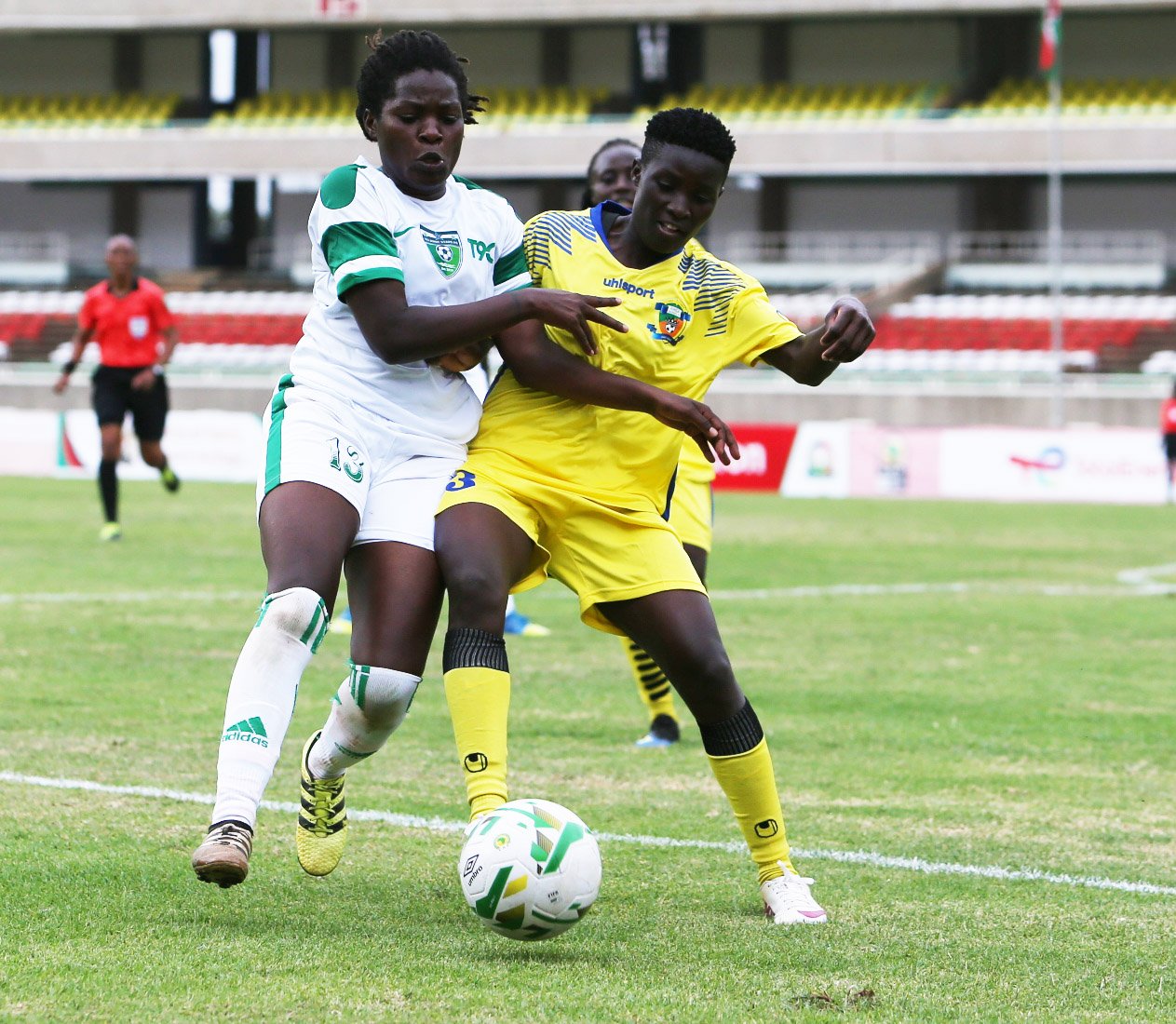 Engesha then angled a brilliant header into the bottom right four minutes after the restart for goal number seven.

Yei had a chance to score from a penalty after a handball inside the box by Vivian Nasaka, but keeper Lilian Awuor made a great save to deny Luka Debora.

The Kenyan girls continued the damage after that with Achieng squaring the ball for Wanyonyi for number eight before Achieng made it nine for the team and four for herself with another simple tap in.

Shikangwa then made it 10-0 with a brilliant left footer from range and Achieng completed the rout with a  defelected shot inside the box.

Just like it happened in the opening game against Vihiga, Abera and Busser were ECB’s chief destroyers. The two combined for the opening goal, Abera planting the ball behind the defense before Busser raced to it and chipped over the keeper. 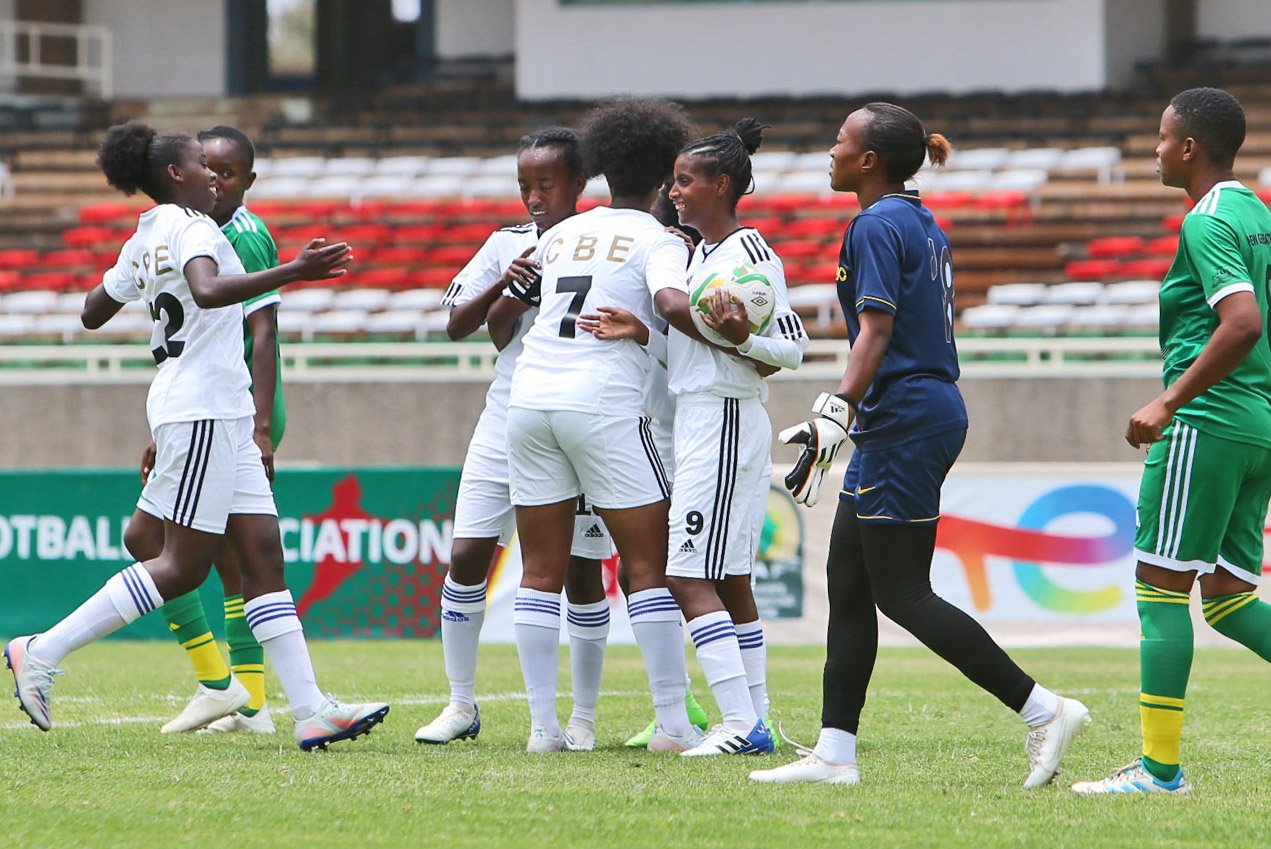 The Zanzibar girls had some hopes of getting a firm grip on the game when Husna Mpanja scored after 18 minutes with a shot from the edge of the box, but that seemed to have been a rattle on a snake.

The Ethiopians came out all guns blazing and got their groove back, taking total control of the game.

Abera put them back into the lead with a comfortable finish inside the box after picking up a freekick from deep in their own half after 32 minutes. Two minutes later, the Ethiopian superstar had put her side 3-1 up with a quickfire brace.

She picked the ball to comfortably tap into the bottom right after Busser had stolen it off a defensive blunder inside the box, before leaving it for her skipper to shoot home.

Aregash Tadesse then stretched ECB’s lead further to four goals when her curling freekick from the right proved too much for keeper Zuena Yasin whose attempt at holding on to the ball was futile, letting it slip between her hands.

In the second half, the Ethiopians continued the damage and Abera completed her hattrick from the penalty spot just two minutes after the restart, taking responsibility after she was tripped.

The red hot captain then made it four for herself and six for ECB when she raced onto a long ball before slicing away to markers on the right and thumping home on the weaker left foot. 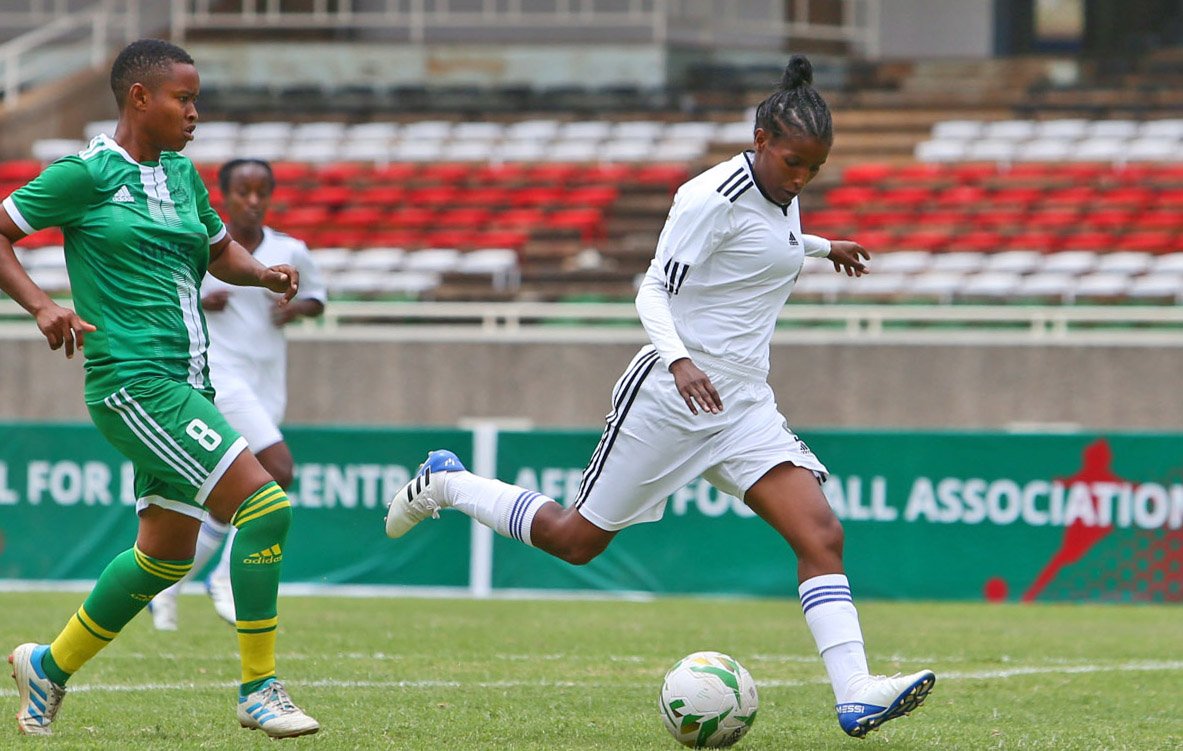 Off a poorly defended corner, Abere then turned provider, picking the ball on the left before cutting back for Hasabe Gila to thump home for goal number seven.

Within a space of three minutes late into the game, Busser completed her hattrick, both running into through balls before thumping home.

Abera them put the icing on the cake with CBE’s 10th goal off the penalty spot after Tadesse was pulled back inside the box.