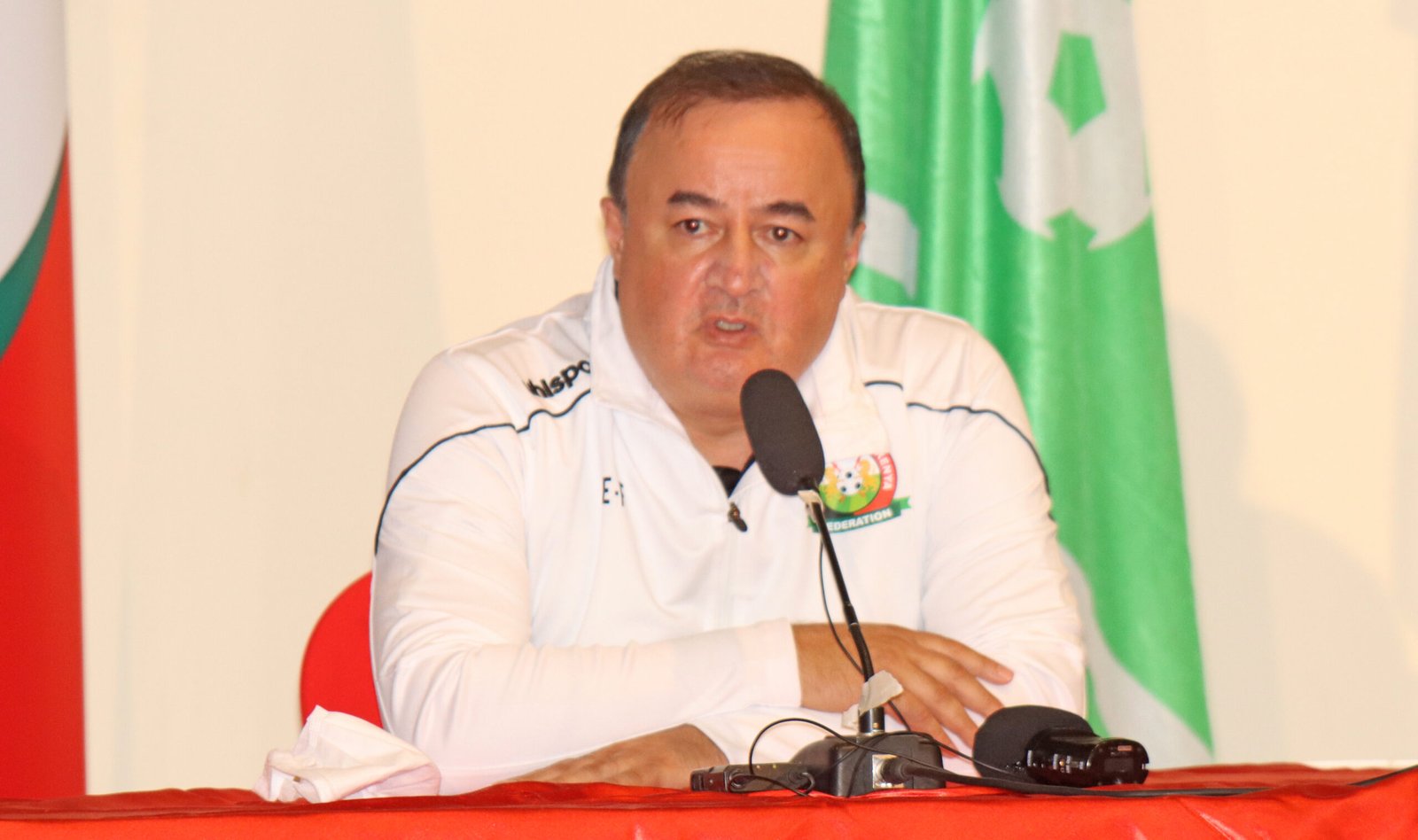 Turkish tactician Engin Firat has been named as the new Harambee Stars head coach on a short term contract. The tactician, formerly with the Moldovan national team will take charge of Harambee Stars for the next two months.

This period will be enough for him to see through the remaining four World Cup qualifiers.

“We talked to him and he was okay with this kind of arrangement. We will look at how we perform in the next four matches then after that we sit down and discuss and see whether we can continue. He comes here because he believed we can qualify for the World Cup,” Mwendwa added.

Firat says he comes into Kenya believing that the country can qualify for the World Cup.

“If I didn’t believe then I would not have come here. I come here because I see the possibility of qualifying to the Cup of Nations. I will see the next two months and if we can do something great then I will stay,” he added.