Laporta: Messi couldn’t have stayed at Barca even with Griezmann departure

Laporta: Messi couldn’t have stayed at Barca even with Griezmann departure

Barcelona president Joan Laporta has come out and insists that Lionel Messi could not have remained at Camp Nou, even with Antoine Griezmann exiting and the club’s captains reducing their wages amid mounting debt.

Barcelona’s financial issues have been the problem since the onset of the Covid-19 pandemic with the LaLiga giants’ debt rising to €1.35billion that led to the shock departure of superstar and club legend Messi to Paris Saint-Germain on a free transfer.

However, six-time Ballon d’Or winner Messi remaining at Camp Nou was impossible, according to Joan Laporta.

“What happened is what has been explained,” Laporta told Esport3 in Spain. “There are objective data. Everyone can compare. We were pressured that we would either sign the CVC loan [deal] or there is no fair play.

“There was no margin. There was a pre-agreement and we had shaken hands. There were several agreements and LaLiga seemed to accept it, but then they said no without CVC. We didn’t think that the situation was going to improve and we put an end to it.

“Messi could not have stayed even with Griezmann’s [departure] and with the salary reduction of the captains. But it is important that we have lowered the salary cap because next year we can be more ambitious.

“I think we were both sad because the situation was not what we wanted. I have not spoken with Messi since. I saw his debut with PSG and it was strange to see him at another team, rivals. I did not like seeing him in another shirt.” 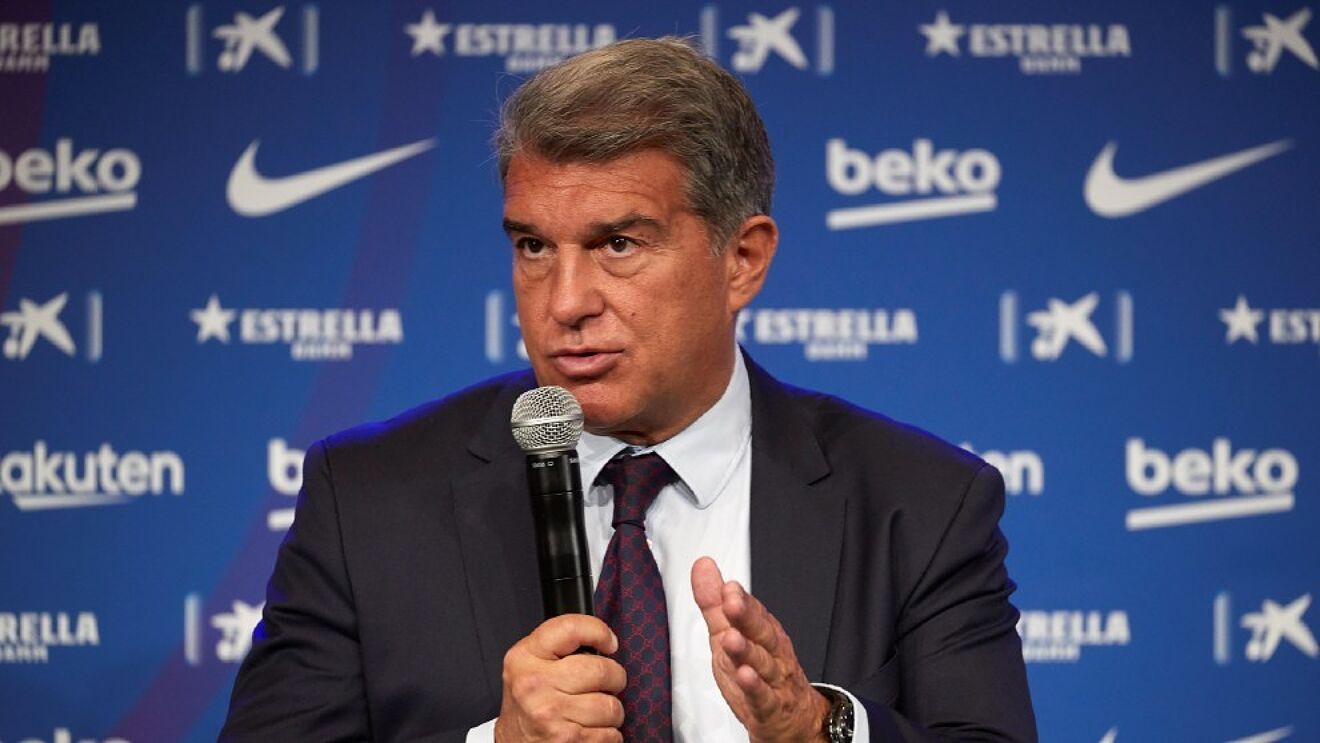 Laporta added: “The reduction [of the expenditure] is important – we have gone from 110 to 80 percent. I want to congratulate the executives and the financial department of Barcelona for their work, and all those who have worked tirelessly and extraordinarily.

“And we have some heroes in Pique, Alba, Busquets, and we will seal [the deal with] Sergi Roberto.

“What they have done is admirable. They are committed to the club, to the members. It is admirable. And we will continue with other players, such as [Samuel] Umtiti and others from the first team. We are in a process that is not easy.

“First the captains have set an example, and now we will continue with others.”

Ronald Koeman’s Barca has made an unbeaten start to the 2021-22 campaign, winning two of their opening three LaLiga fixtures to be level on seven points with leaders Real Madrid, Sevilla, Valencia, Atletico, and Mallorca.

“I like Koeman,” said Laporta. “We won the game against Getafe. They are not easy games.”

The financial problems have since made Barcelona sell a new signing in Emerson who joined this summer from Real Betis but has since left for Premier League side Tottenham Hotspurs.