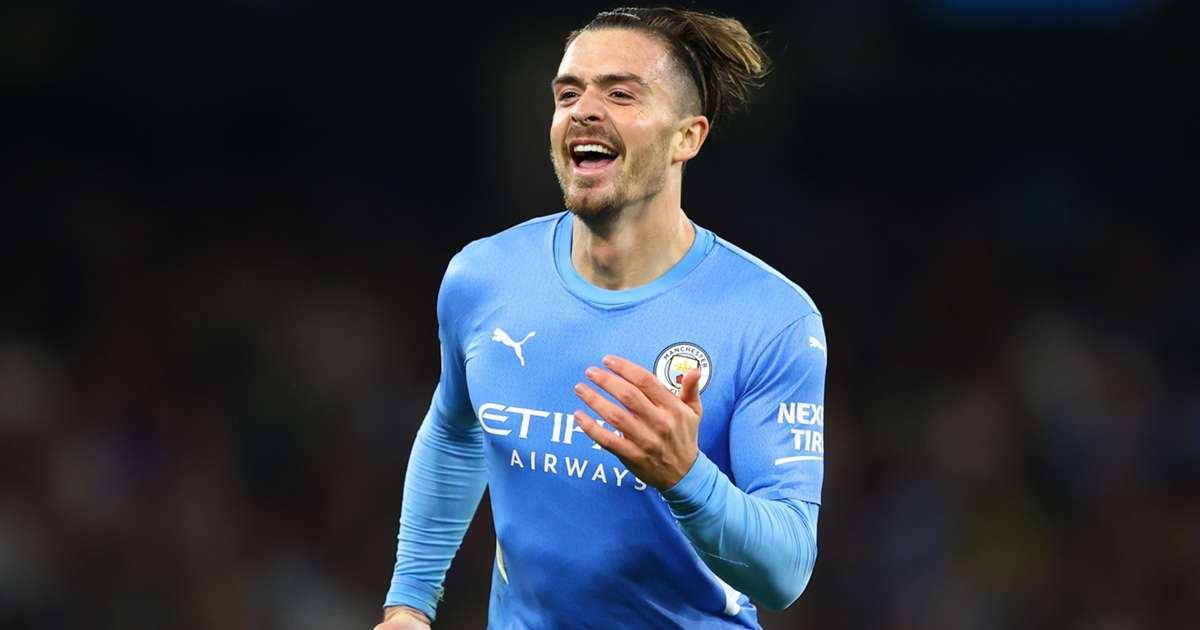 Jack Grealish was on the score sheet as Manchester City negotiated a tricky Champions League opener and sensationally defeat RB Leipzig 6-3 at the Etihad Stadium on Wednesday night.

League and Club-record signing Grealish made his European debut a memorable one on Wednesday, adding to an early assist for Nathan Ake with a sublime second-half strike.

Manchester City was in action in this competition for the first time since last season’s final defeat to Chelsea, wobbled a little between those two efforts, benefitting from Nordi Mukiele’s own goal and a Riyad Mahrez penalty but conceding thrice to Christopher Nkunku.

Even after Grealish’s goal, Nkunku’s hat-trick strike caused further concern, only for Joao Cancelo and substitute Gabriel Jesus to notch numbers five and six for City against the then 10-man Leipzig and clinch three vital points in a tough Group A that also features France giants Paris Saint-Germain.

Both sides will have to work to defend better against PSG who failed to win against Club Brugge, with Leipzig’s woes evidenced as Ake towered over two opponents to head in Grealish’s corner before Mukiele inexplicably nodded Kevin De Bruyne’s awkward delivery past his own goalkeeper.

Mukiele soon put his head to better use, directing the ball back across goal for Nkunku to nod beyond Ederson, but back came City before the break, this time aided by Lukas Klostermann, whose elbow blocked Ferran Torres’ header handing the hosts a penalty after a VAR check and allowed Mahrez to dispatch a staggering spot-kick.

The second half followed a similar pattern, with Leipzig through Nkunku twice working hard to get back into the game and then quickly falling further behind.

Grealish’s pinpoint finish after cutting in from the left canceled out another header from Nkunku, who completed his treble shooting across Ederson from the right side of the area. Cancelo drove in from 25 yards, however, and then provoked a red card from former City player Angelino who was already booked with time remaining for a close-range finish from Jesus to make it six for the Cityzens.

Without John Stones and Aymeric Laporte, City certainly could have defended better, but this was a mightily impressive way to bring up 50 wins in the Champions League.

Only Real Madrid have made it to that mark in fewer games than City’s 91, Madrid making the milestone with 88 matches although Pep Guardiola’s goal will be to finally make some progress towards the LaLiga giants’ most notable record – their 13 European titles to City’s none.

While Grealish did his magic on the left, Cancelo did the same on the right, marching forward from full-back. A wonderful goal was his only shot, while the Portugal international also created just a single chance, but that did not tell the whole story.

The opportunity he forged led to the penalty from one of three crosses, and he would have had an assist if not for a tight offside call against Ferran Torres.

Clearly winning his personal battle on that flank against Angelino, Cancelo won all of his five duels, earning two fouls which include the dismissal, and gaining possession on 10 occasions.