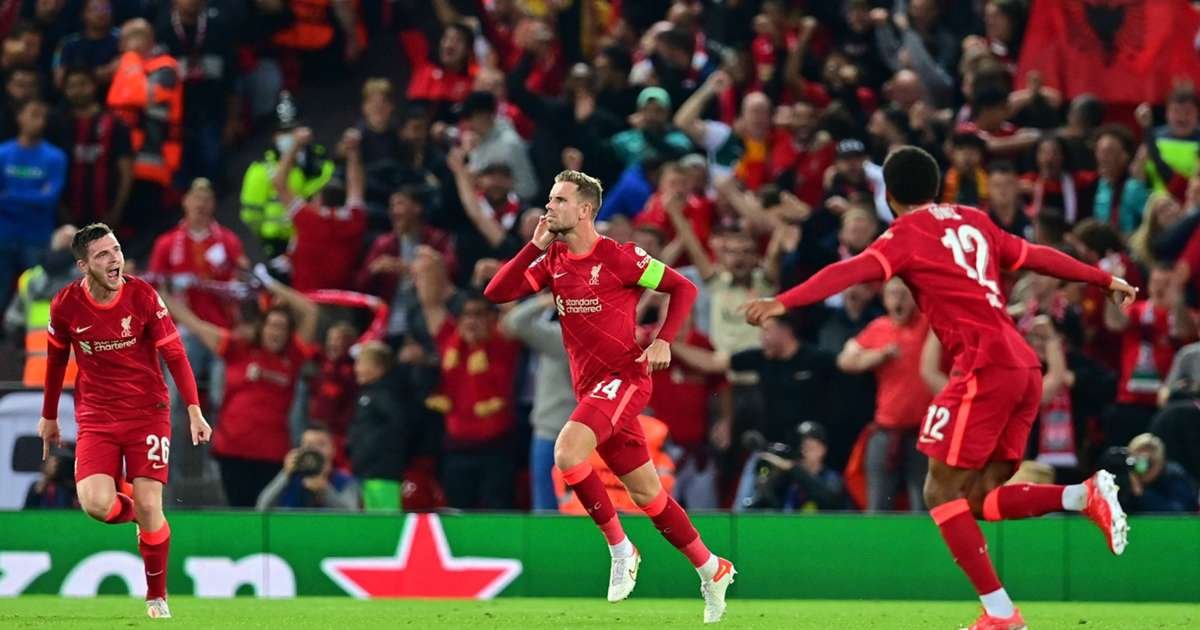 Liverpool appeared set for a comfortable victory when Milan defender Fiyako Tomori accidentally put through his own net in the ninth minute of Milan’s first Champions League match since 2014.

However, the Rossoneri are a much-improved team under Stefano Pioli and, after Mike Maignan saved a Mohamed Salah penalty, they took the lead through successive goals in two minutes from Ante Rebic and Brahim Diaz late in the first half.

Salah, though, atoned for his failure from 12 yards by equalizing three minutes after the second half and Henderson’s first Champions League goal for seven years ensured they took maximum points from an entertaining clash.

Liverpool was rewarded for a good start that saw Divock Origi and Diogo Jota go close when Trent Alexander-Arnold played a neat one-two with Salah and his attempted cross was deflected past Maignan by Tomori to put Liverpool ahead. 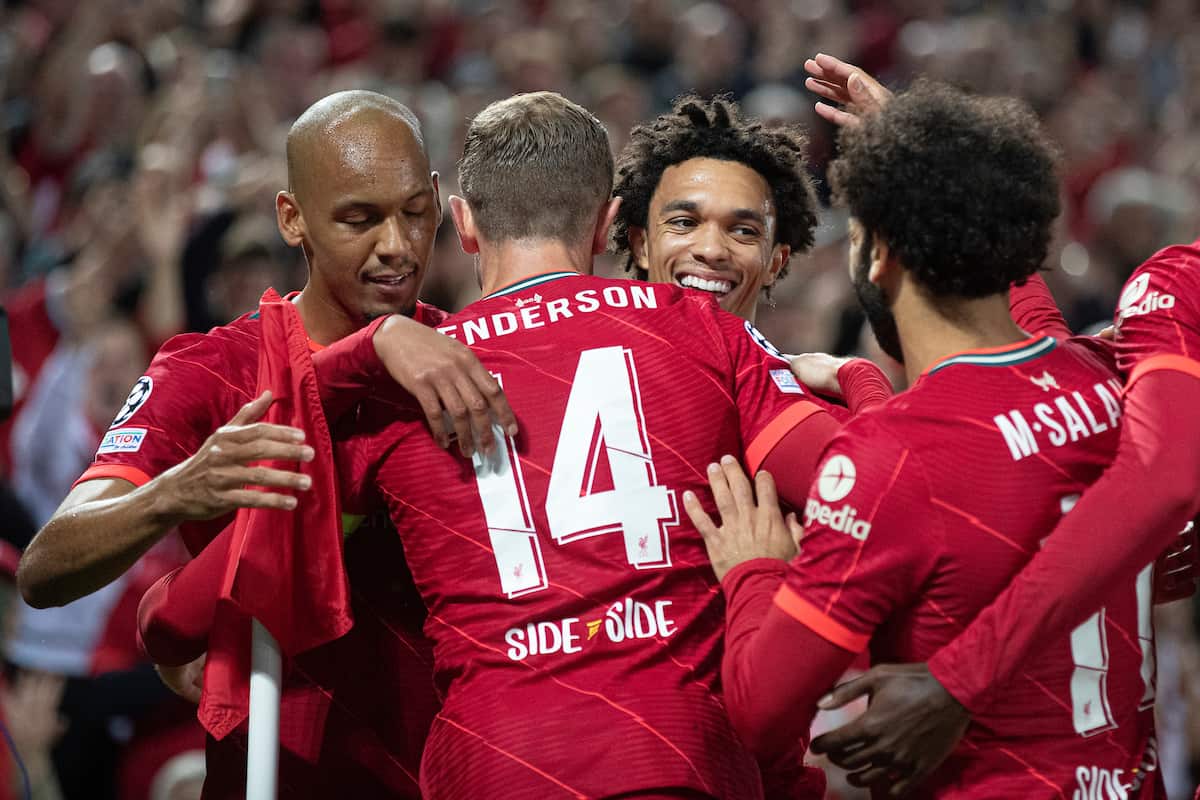 While there was little he could do to prevent the opener, Maignan kept Milan in the game when he dived to his right to keep out Salah’s spot-kick and then to deny Jota on the rebound after Ismael Bennacer was deemed to have handled Robertson’s shot in the area.

The Reds’ dominance eventually dissipated and their failure to extend the lead was punished with two goals in the space of the same minutes that turned the game on its head.

Rebic leveled matters with a composed finish at the end of an intricate move, finding the bottom-right corner, and Diaz then tapped into an empty net after Theo Hernandez had seen his shot cleared off the line by Andrew Robertson following great work from Rafael Leao. AC Milan players celebrating after Brahim Diaz scored in the 44th minute against Liverpool to put Milan 2-1 ahead in the match played at Anfield. | PHOTO: Courtesy |

Milan had the ball in the net again soon after the restart but Simon Kjaer’s effort was rightly ruled out for offside in the build-up. Salah, by contrast, was able to stay in line with the last defender and meet Origi’s clever lofted ball with an improvised side-foot finish to restore parity.

And an enthralling clash swung back Liverpool’s way once more as Milan could only clear a corner as far as Henderson, whose magnificent half-volley left Maignan with no chance.

Pioli’s men could not find a reply this time, with Kjaer’s near-post flick-on from a corner the only scare as a Liverpool side that looked fragile for much of the night shut up shop effectively.

Henderson, not known for scoring goals but, in a game where Liverpool had 23 shots, their most in a single Champions League match since the start of last season, the midfielder stepped up with a memorable effort.

It was the skipper’s first Champions League goal since he scored against Ludogorets in November 2014, a gap of 2,485 days, and it gives the Reds the advantage in a difficult group after Atletico Madrid and Porto played out a goalless draw in Madrid.

Though he would have expected to score from the spot, his inability to do so was the sole blot on an impressive performance from Salah, who made amends with his equalizer, had three shots on target, and also made two key passes.

Liverpool will be back on Premier League action in the weekend when they host Crystal Palace on Saturday, a day before Milan visits winless Juventus in a massive Serie A match. The next Champions League matches in this group will see Liverpool travel to Porto whilst Milan host Atletico Madrid at San Siro.