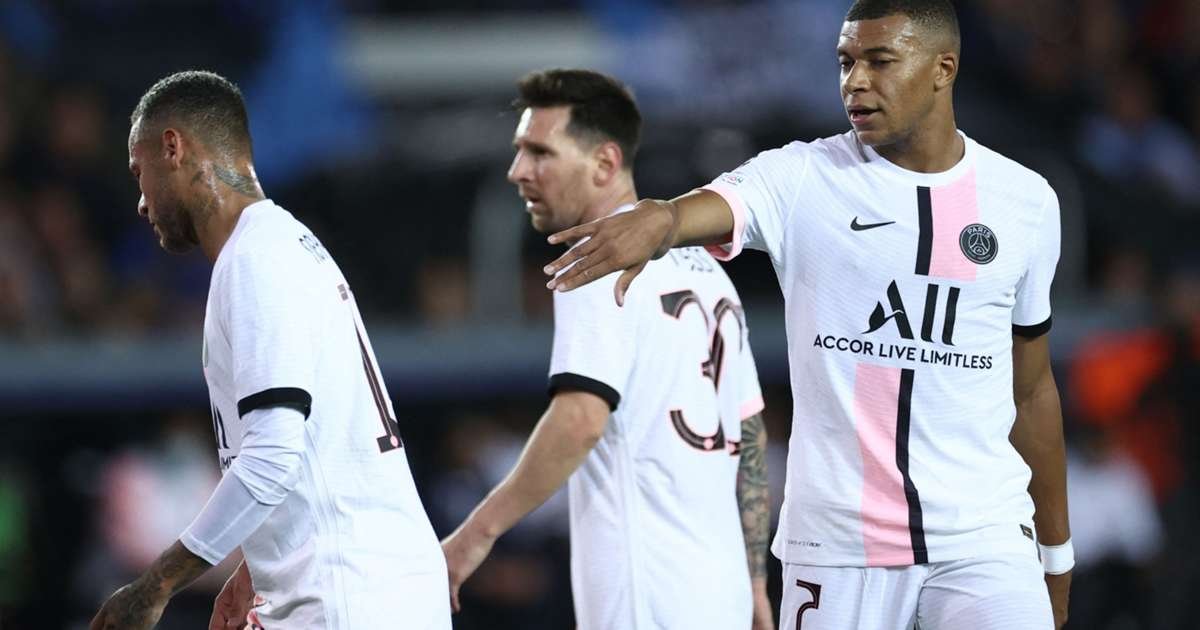 Lionel Messi, Neymar, and Kylian Mbappe were paired together for the first time but Paris Saint-Germain had to settle for a 1-1 Champions League draw at Club Brugge on Wednesday night.

Mauricio Pochettino started with his formidable attacking trio at Jan Breydel Stadion on Wednesday, with Mbappe teeing up Ander Herrera for the opener after a mazy run on the left flank and all seemed comfortable for Paris.

Many may have expected Brugge to fall to the France giants, however, they responded through Hans Vanaken’s fifth goal in eight games in the competition to level the tie even before the halftime break. 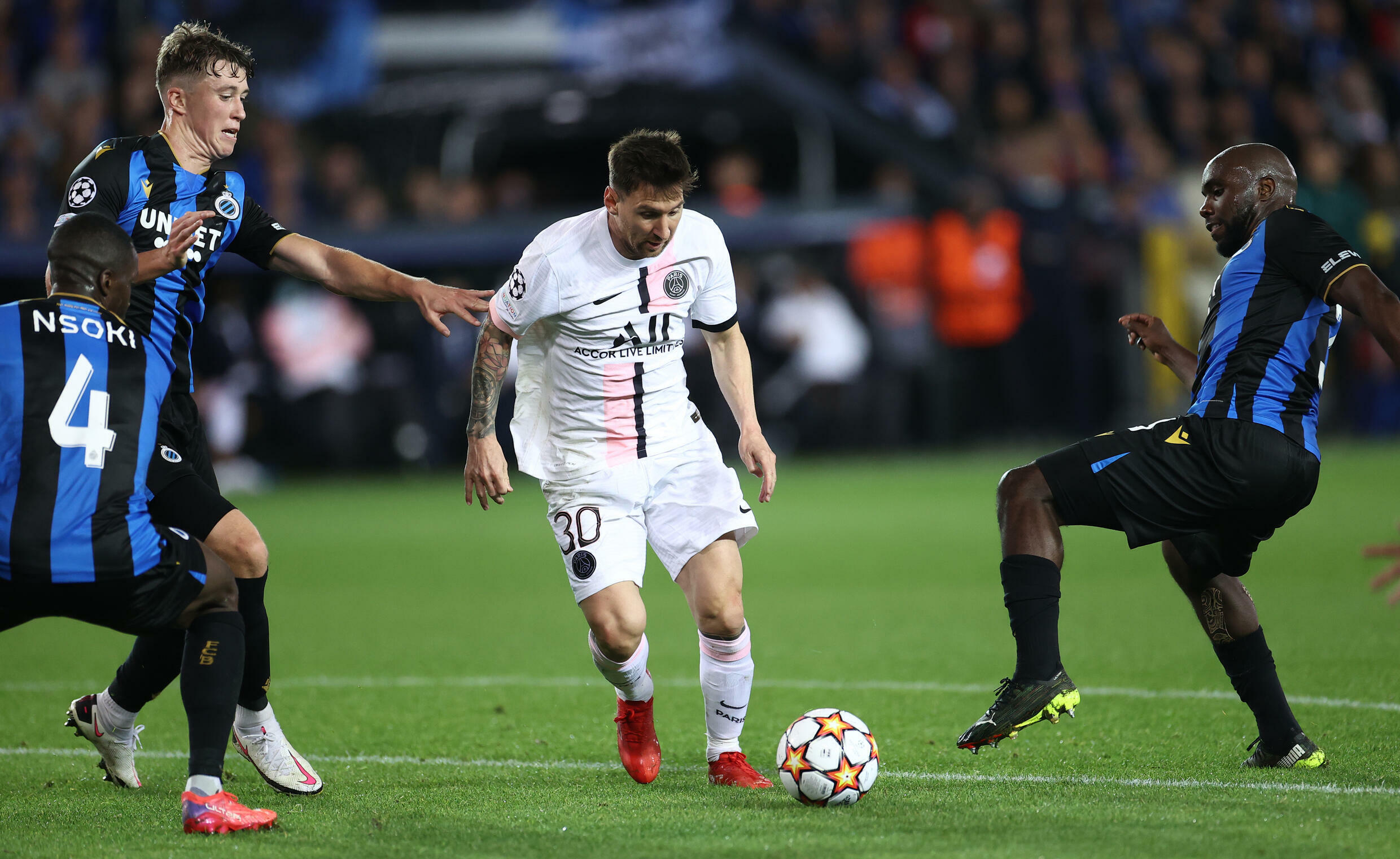 Mbappe was forced off in the second half with a slight foot problem as PSG, despite their embarrassment of attacking riches, failed to kick off their Group A campaign with a win.

The visitors started brightly, Mbappe dancing past Clinton Mata before finding Herrera, who opened the scoring after 15 minutes with a first-time left-footed strike into the bottom-left corner. 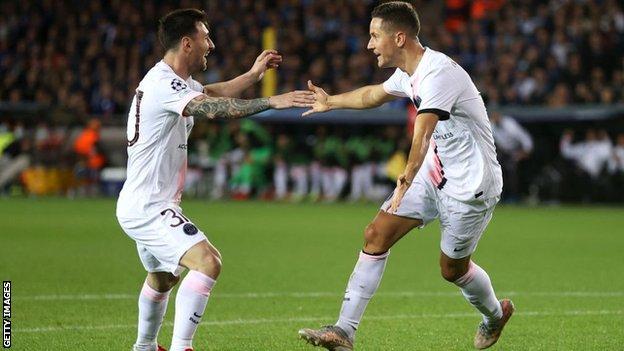 Mbappe should have added his name on the scoring sheet after being rolled through by Messi but his right-footed drive was beaten away by Brugge shot-stopper Simon Mignolet.

The hosts then stunned the star-studded away side, with Eduard Sobol driving down the left flank before cutting back to the penalty spot, where Vanaken powered past Keylor Navas for his seventh goal in the Champions League which is now the most in his club’s history.

Messi looked to respond immediately but his left-footed strike smashed against the crossbar before Vanaken and Charles de Ketelaere were both denied by smart Navas saves.

The Belgium side almost took the lead after the break, through Jack Hendry but Presnel Kimpembe produced an important last-ditch block, with Mbappe limping off moments later following a challenge from Stanley N’Soki.

Brugge’s Noa Lang then volleyed wide in another fright for PSG before substitute Nuno Mendes found Messi, who spurned a glorious opportunity to win the game as he blasted over.

Prior to the trip to Belgium, Mbappe, Messi, and Neymar accounted for half of the players to have recorded 30-plus goal involvements in the Champions League across the last four campaigns scoring 37, 36, and 31 goals respectively.

With Brugge the victims of a 5-0 demolition the last time they hosted PSG, another rout – led by their world-class trio – would have been expected following Herrera’s opener.

However, the hosts responded excellently to earn a memorable point, exploiting Pochettino’s defensive woes to hold the visitors to just a second draw in seven appearances against Belgian opposition in the competition.

Pochettino hauled off Georginio Wijnaldum and Leandro Paredes at half-time after an underwhelming first half.

However, goalscorer Herrera was left on who completed a game-high 87 passes and recorded 113 touches – another game-leading figure – in an impressive showing from the Spanish midfielder.

PSG will be back to league action on the weekend as they host Lyon on Sunday in Ligue 1 at Pac des Princes, with their next group game against last year’s runners-up Manchester City on September 28 at Paris. Brugge travel to face Charleroi on Saturday in a Belgium Pro League tie.