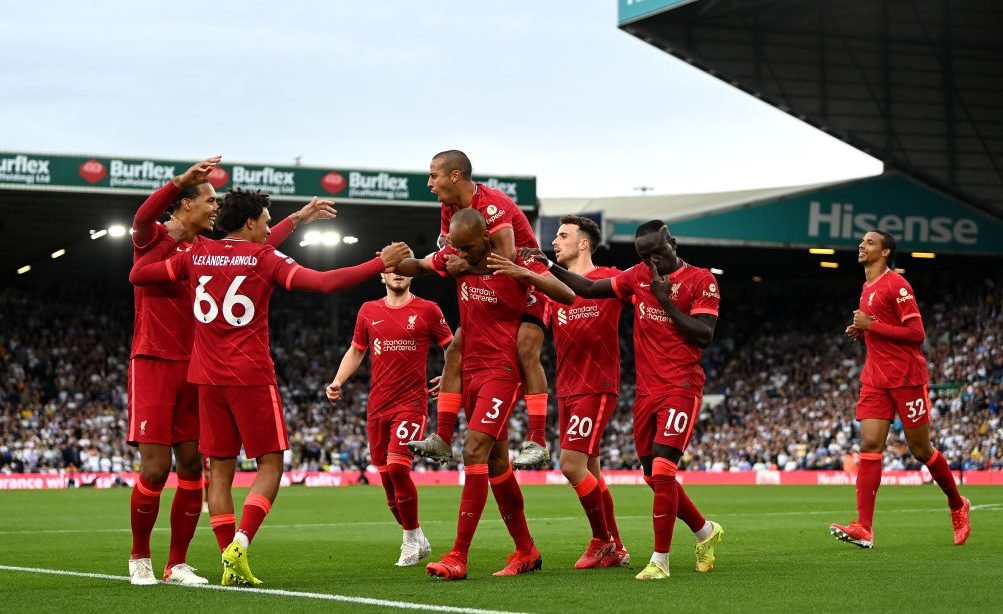 Mohamed Salah scored his 100th Premier League goal as Liverpool eased to a comfortable 3-0 win at Leeds United on Sunday, but the victory was controverted by a horrific injury suffered by Liverpool young midfielder Harvey Elliott.

Leeds were already trailing by two goals when Pascal Struijk was dismissed for his tackle on Elliot which seemed accidental early in the second half, which required several minutes of medical attention and for a stretcher to carry him away.

The 18-year-old English midfielder, who has slotted seamlessly into the Liverpool first team this season following a bright loan spell at Blackburn Rovers, was left clutching his left shin after what initially appeared an innocuous collision, and Struijk was sent off.

It put a scare on an otherwise fine day for Liverpool, who had opened the scoring through Salah’s milestone goal in England’s top-flight League and effectively sealed the win early in the second period through Fabinho, before Sadio Mane’s late third at a subdued Elland Road.

Leeds had been the first to threaten, but Rodrigo Moreno blasted straight at Alisson when teed up on the edge of the box five minutes into the match.

The Reds swiftly established control after that and deserved their 20th-minute breakthrough as Salah tucked in a Trent Alexander-Arnold cross, the right-back subsequently then turned to Leeds fans and cupped his ear less than a minute after chants suggested he was just a poor man’s, Kyle Walker. 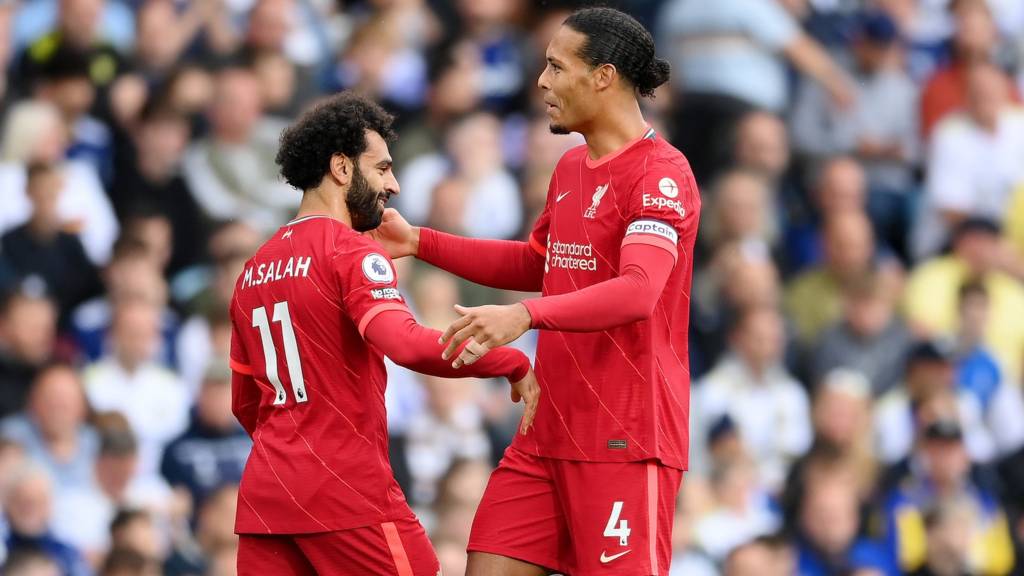 Leeds were fortunate to not concede more as Elliott had two good efforts blocked in quick succession, an off-balance Mane smashed over from close range and Virgil van Dijk made a mess of a free header.

An inevitable second did arrive shortly after the break, however. A Van Dijk header was blocked to Fabinho and, although his initial effort hit a Leeds defender, he hammered home on the rebound.

But the match was interrupted just before the hour. Struijk appeared to hook the ball away as Elliott tried to spring a counter, but the teenager’s leg was trapped awkwardly beneath them, the nearby Salah desperately calling for medical professionals on before the referee could even stop play and he quickly turned away in shock having seemingly seen the damage caused. 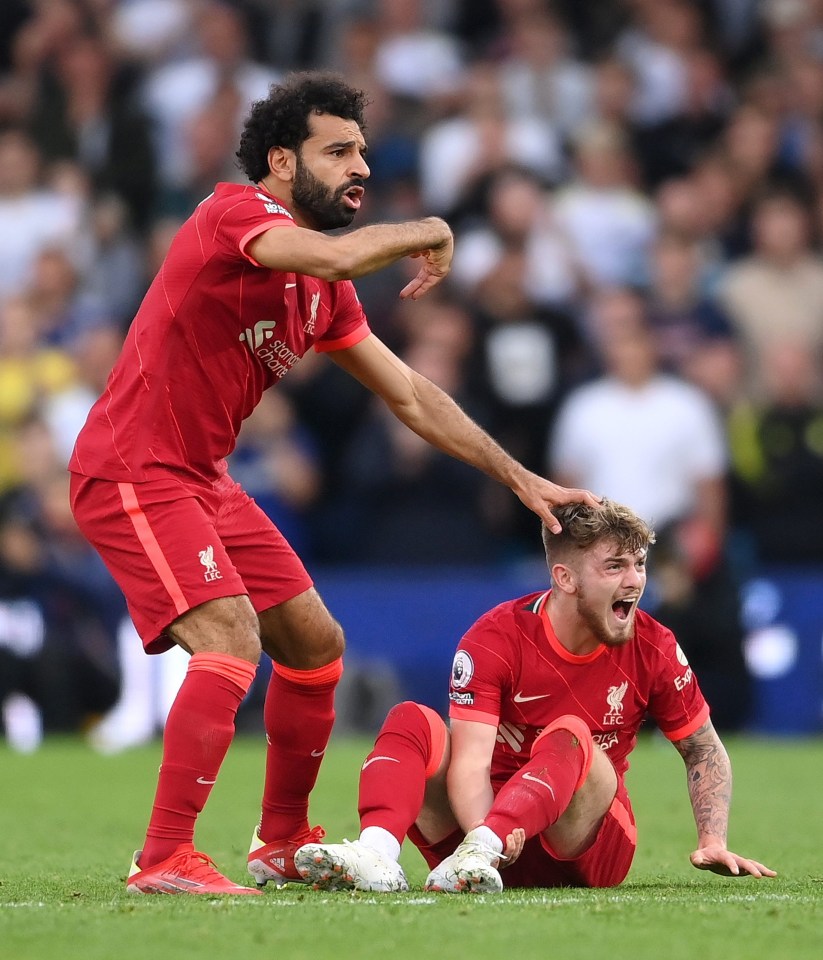 The incident led to a forgivable lull in proceedings but Liverpool eventually secured a scoreline befitting their dominance as Mane rifled home late on to round off a typical Liverpool win.

It has not been a great start to the season for Marcelo Bielsa’s side. This is now the first time they have failed to win any of their first four matches to a top-flight season since the 1958-59 season.

But even taking that into consideration, this is a decent Leeds team and Elland Road is a hostile place to go and Liverpool dealt with the situation with impressive ease.

Well before Struijk’s red card, the visitors looked in no danger of dropping points with their 4.0 expected goals (xG) suggesting they should have won even more commandingly.

Liverpool forward Mane, had 10 shots here, making it the first play of a player reaching double figures for goal attempts in a single Premier League game since Riyad Mahrez in December 2019.

For a long time, it looked as though he would leave Elland Road frustrated, his first nine efforts worth an accumulative xG value of 1.28 – none of them finding the net. But he finally found the mark in stoppage time, a well-earned reward for his continued efforts.

Liverpool are in Champions League action on Wednesday as they host Serie A side AC Milan at Anfield, before then welcoming Crystal Palace to Anfield three days later. Leeds on their side travel to Newcastle United on Friday.