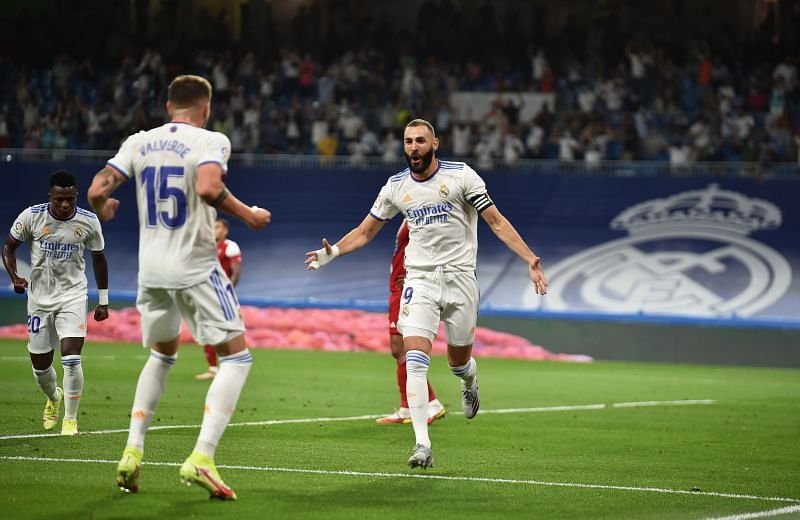 Real Madrid talisman Karim Benzema scored a hat-trick and Eduardo Camavinga scored on his debut as Real Madrid marked their return to the Santiago Bernabeu with a stunning 5-2 win over Celta Vigo on Sunday.

Madrid last played at their iconic home on March 1, 2020, before remodeling work began on the stadium, and fans were treated to a real show.

Twice in the La Liga tie, Celta led in the first half, with Benzema’s first strike sandwiched between Santi Mina’s opener and Franco Cervi’s rather fortuitous tap-in.

But Benzema placed Los Blancos level again early in the second half before setting up in-form Vinicius Junior with a defense-splitting pass.

Camavinga put the game beyond Celta soon after his introduction from the bench replacing Eden Hazard and Benzema completed his treble from the spot after some thrilling play by Vinicius.

Celta fired Madrid in the fourth minute as Miguel Gutierrez was robbed out wide and neither Casemiro nor Nacho Fernandez could clear, allowing Iago Aspas to nudge the ball onto Mina and he slotted past helpless Thibaut Courtois.

Madrid’s response was good, their subsequent dominance rewarded with the equalizer, Benzema driving in a Federico Valverde cut-back from 12 yards.

But the visitors soon restored their deserved lead. Hugo Mallo latched on to Aspas’ lay-off and produced a disguised pass to pick out Cervi, whose initial audacious flick hit the post and came back to him for an easy finish.

Prolific Benzema continued to prove difficult for Celta, however, and the Frenchman got his second of the day just after the restart with a wonderful header from Gutierrez’s searching cross.

He then turned provider as Madrid went in front for the first time in the match, pulling out wide and playing a through-ball beyond the  Celta defense for Vinicius, who capitalized on Jeison Murillo’s dozing in the Celta offside trap and calmly stroked past Matias Dituro.

Camavinga got off the mark for his new club just six minutes after coming off the bench, burying from a few yards out after Dituro could only parry Luka Modric’s shot at the end of a surging solo run. Camavinga joined Madrid from Lille this summer. 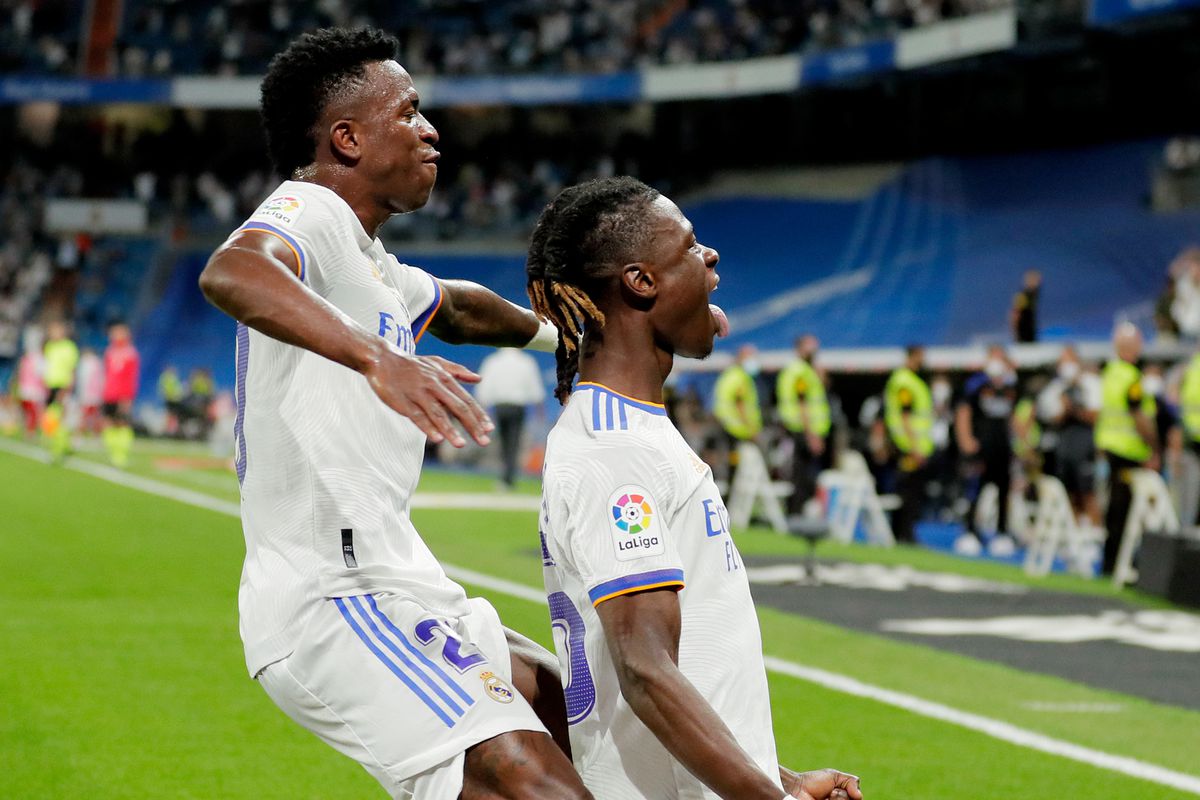 Vinicius then won a penalty, his feet too quick for Denis Suarez, and Benzema subsequently rounded off an engrossing match by securing his hat-trick with an emphatic finish.

While it is of course still early into the season, this was a very impressive way to go top of LaLiga, as Los Blancos moved above Valencia and Atletico Madrid on goal difference.

Even when they were trailing, Madrid managed to retain impressive focus in attack and always looked a threat, they clearly had a belief that the tide would turn, and sure enough, it did.

Benzema aside, Vinicius Junior has enjoyed a good start to the new season and if he continues like this, he is going to take Carlo Ancelotti’s side far.

The Brazilian now has four goals for 2021-22, already one more than he managed in 2020-21, which means he is adding substance to his flamboyance. The early signs are that it is a deadly combination.

There were a few standout performers here, with Aspas potent for Celta and Vinicius almost unplayable, but Benzema was the star of the show. He scored his hat-trick from just five shots but was also a huge creative presence, his three key passes – including an assist – only bettered by Aspas (four).

The France star has now been involved in nine goals (five goals, four assists) already this term, level with Cristiano Ronaldo (nine in 2014-15) as the Madrid player with the most goal involvements over their first four matches of a season in the 21st century.

It was a difficult day for Murillo, who was given the run-around by Benzema and Vinicius. But his woes went beyond that – he was also slow to react in the build-up to Madrid’s third goal, playing Vinicius onside and from that point, there never looked away back for Celta.

Madrid turns their attention to the Champions League as they go to Inter on Wednesday before a tricky LaLiga trip to in-form Valencia four days later. Celta face Cadiz on Friday.