Liverpool forward Mohamed Salah has become the latest Premier League player to hit a century of goals after scoring his 100th goal in the English top-flight on Sunday evening.

The Liverpool forward achieved the milestone when he found the net in the 20th minute of the Reds’ meeting with Leeds United at Elland Road on Sunday. His close-range finish from Trent Alexander-Arnold’s low cross gave Liverpool a 1-0 advantage.

Salah is now the 30th different player to hit 100 goals since the Premier League began in 1992, and is also the first player to reach the milestone since Jamie Vardy brought up his record in Leicester City’s victory over Crystal Palace in July 2020.

The Egypt international has taken 162 matches to reach triple figures in the Premier League; a tally only bettered by Alan Shearer, Harry Kane, Sergio Aguero, and Thierry Henry. This means that he is the fifth-fastest player to reach the tally.

Salah is also the fourth player to hit 100 goals whilst playing for Liverpool, after Robbie Fowler, Michael Owen, and Steven Gerrard. His first two Premier League goals came during a spell at Chelsea before he left for Serie A side AS Roma. 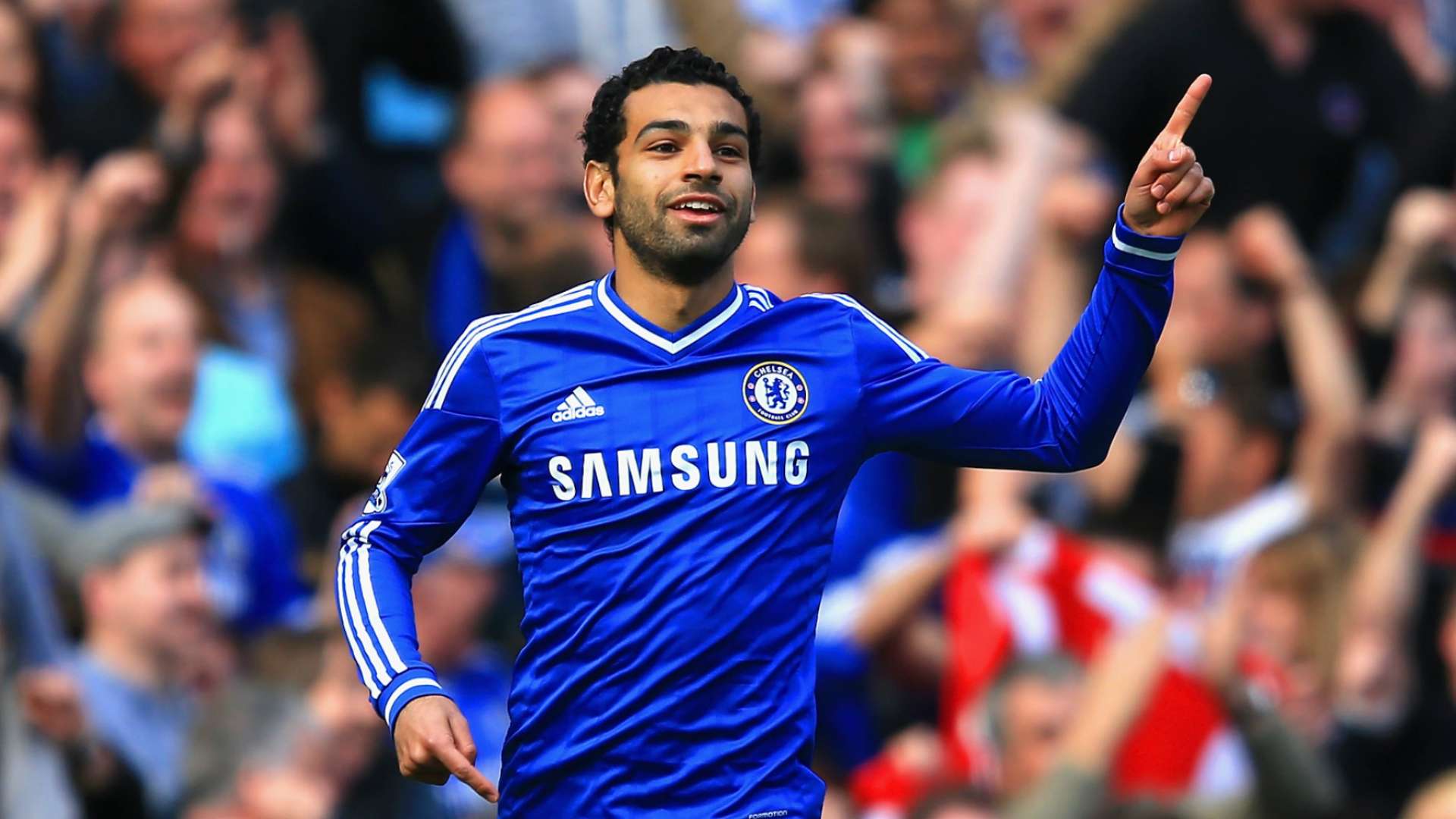 Mohamed Salah played for Chelsea between 2014 and 2015 and scored two Premier League goals for the blues. | PHOTO: Courtesy |

Jurgen Klopp’s attacking talisman has been the most prolific scorer since his return to the English top-flight from Roma in 2017, with 98 goals, no other player recording more goals than the Egyptian.

The two-time Golden Boot winner in England, his tally of 32 goals during his maiden campaign at Anfield remains a record for a Premier League season spanning 38 matches.

He was again on target in 24 games of 2017-18 setting another record, while also outscoring three teams; the first player ever to do so.

When scoring against Norwich City last month, he also became the first Premier League player to find the net on the opening day of five successive seasons, scoring in the opening weekend of the Premier League since the 2017/2018 season when he joined Liverpool.

Salah has also become only the second African to achieve the feat after Chelsea legend and Ivory Coast international Didier Drogba.

The Egyptian is also just five goals away from becoming the highest-scoring African player in the competition’s history. That record is currently held by Chelsea legend Didier Drogba who has 105 Premier League goals, meaning it is inevitable Salah will break the record before the end of the season.

As he has so many times before, Trent Alexander-Arnold provided the assist for Salah’s 100th Premier League strike, drilling an inch-perfect cross to the front post that the Egyptian converted cooly. Soon after opening the scoring Salah almost set up another goal, finding Thiago Alcantara unmarked at the back post – only for his header to be ruled out for offside.

Salah has again begun the Premier League season in flying form, registering two goals and two assists in his first three games. Since joining the Reds in 2017, the lowest seasonal goal tally he has returned is 19.

The forward has also been an important creative force for Liverpool, registering 40 Premier League assists for Liverpool in the same span. He has plenty of time to add to his tallies too, with his Anfield contract not set to expire until the summer of 2023.

His next move after that is not yet certain, with some reports suggesting that he may opt for a fresh challenge away from Merseyside. Real Madrid and Barcelona have both been linked in the past.

We are surely yet to see more from the Egyptian King and more records will soon be broken including the inevitable African all-time top scorer in the Premier League.