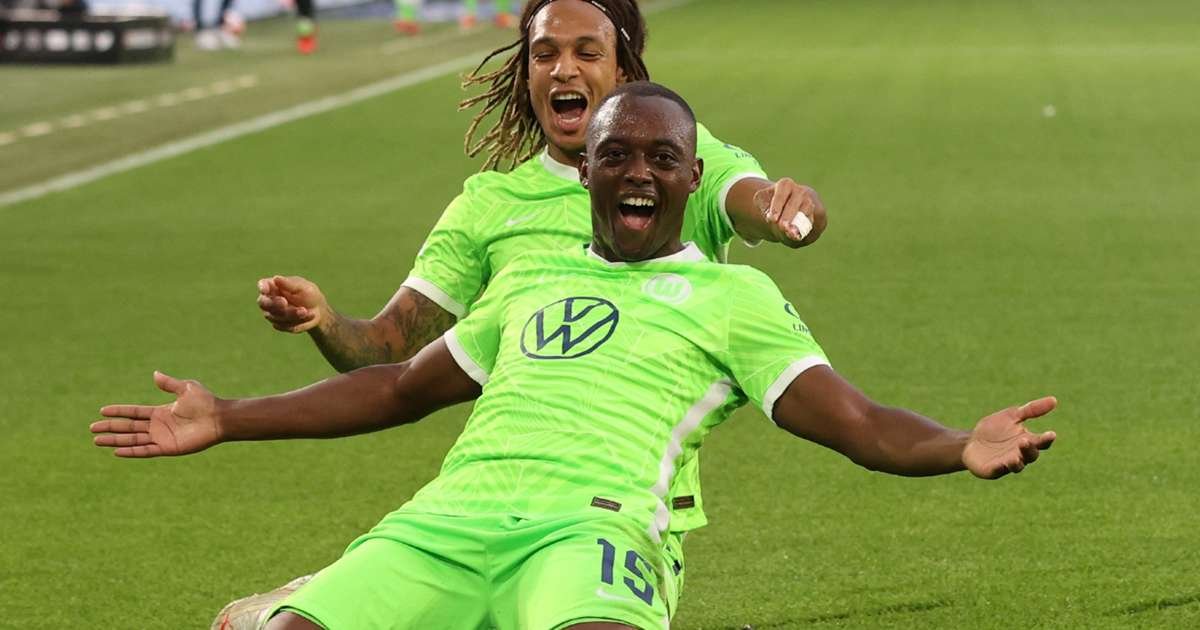 Wolfsburg made Bundesliga history on Sunday after Mark van Bommel’s side preserved their perfect start to the season with a 1-0 win over RB Leipzig leading the Bundesliga heading into the international break this week.

Jerome Roussillon scored the only goal of the match as leaders Wolfsburg made it three victories from three games and becoming the only team with a 100 percent record heading into the international break. 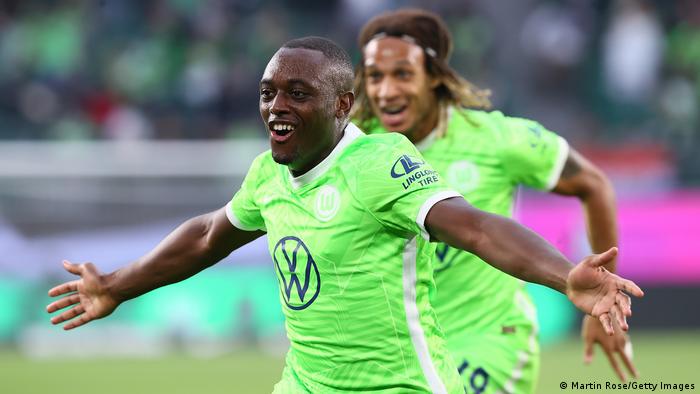 Wolfsburg Jerome Roussillon celebrates after scoring the sole goal in the match against Leipzig. | PHOTO: Courtesy |

Wolfsburg have collected nine points from their opening three games of a Bundesliga campaign for the first time in the history of the club.

They also ended the day top of the table for the first time since winning the title in 2008-09 (minimum three games played).

Speaking after the RB Leipzig game on Sunday evening, Wolfsburg head coach said he is proud of his side and he feels good when his side wins matches.

“It is always nice to win,” former PSV head coach Van Bommel, who was appointed ahead of the campaign, told reporters. “Especially, to do so three games in a row.

“We are the only team in the Bundesliga that has done that at the moment. Anyone can beat anyone. The quality is just very high. Leipzig could have taken a draw or even won. It was very close. Therefore, it was a top game, a proper top game that is decided by details. 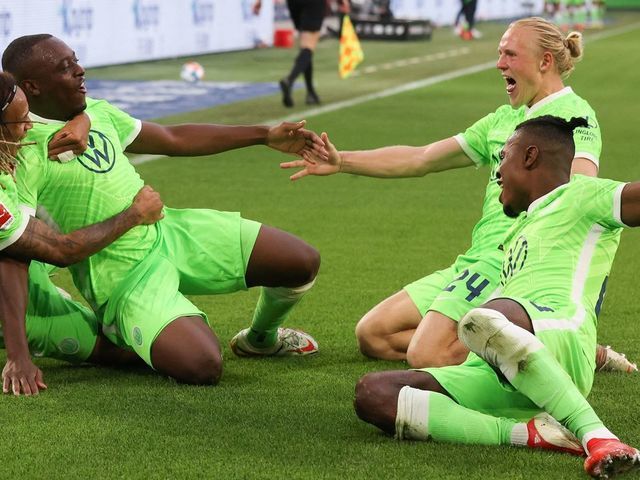 “Today we had the advantage. But in two weeks we will travel to Furth and then we start from the beginning again. Bayern Munich will do so as well, but not only Bayern. Everyone is behind us. The situation can quickly change.

“We have to be realistic. It is nice to have nine points, it means we are working well. But it is not guaranteed that it will continue this way and no guarantee that we will win every game.”

The other only match played in the Bundesliga on Sunday saw Borussia Monchegdlagbach fall 2-1 at Berlin to Union Berlin.

Wolfsburg’s next Bundesliga match will be on the road as they travel to Furth to take on Greuther Furth at Sportpark Ronhof Thomas Sommer Stadium as they seek to extend their run of wins into four games on Saturday 11, September. RB Leipzig on their side will seek to bounce back from the loss at Wolfsburg on that same day as they host Champions Bayern Munich at the Red Bull Arena in Leipzig