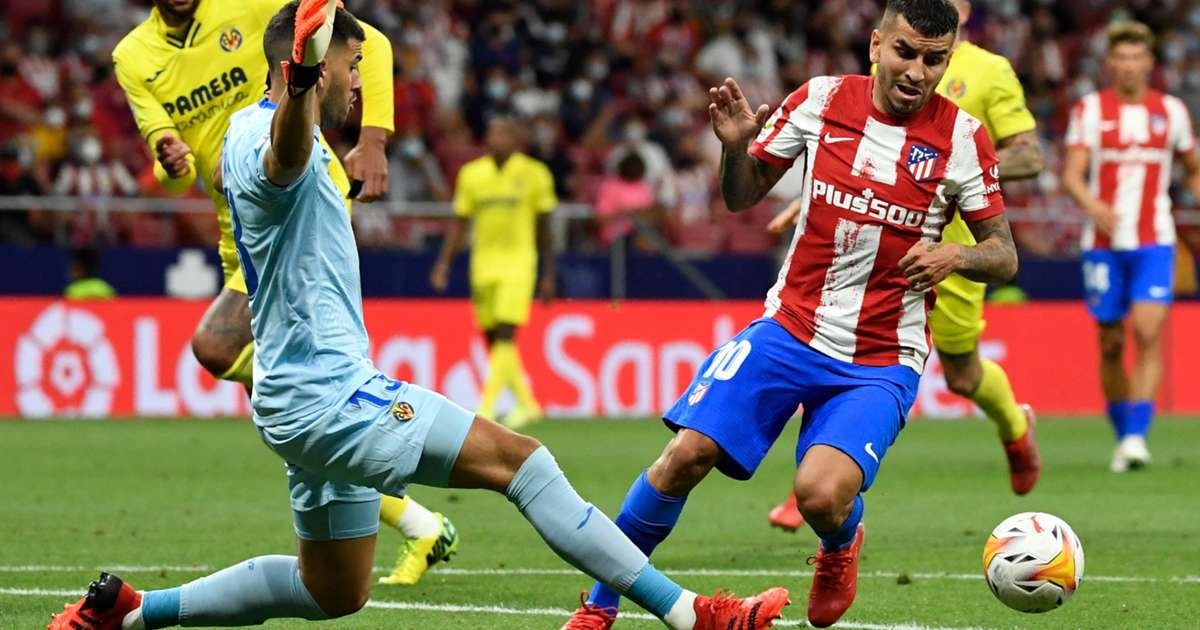 Villarreal’s Aissa Mandi’s remarkable last-minute own goal rescued a point for La Liga Champions Atletico Madrid in their 2-2 draw with Villarreal at the Wanda Metropolitano on Sunday evening.

The reigning champions appeared on course for a first home defeat since February this year after substitute Arnaut Danjuma gave the visitors a 2-1 lead.

But Diego Simeone’s men snatched a share of the spoils in the fifth minute of stoppage time when Mandi incredibly diverted Saul Niguez’s long ball beyond Geronimo Rulli with a header from outside his own penalty area.

Luis Suarez had earlier canceled out Manu Trigueros’ effort as both sides maintained their unbeaten starts to the season.

Aiming to make it three wins from three, Simeone’s side carried the greater attacking threat during the first half with their opponents unable to register a shot on goal in the first 45 minutes.

Despite 13 attempts themselves, the hosts could not break the deadlock. They went close when Rulli tipped Thomas Lemar’s fierce first-time shot onto the post in the 23rd minute.

Mandi albeit the own goal, twice came to the visitors’ rescue with last-gasp interventions to deny Yannick Carrasco and Kieran Trippier on his own goal-line.

Having absorbed all that pressure, Unai Emery’s men took a shock lead seven minutes after the restart with Trigueros firing home following a great run and lay-off by Yeremi Pino. 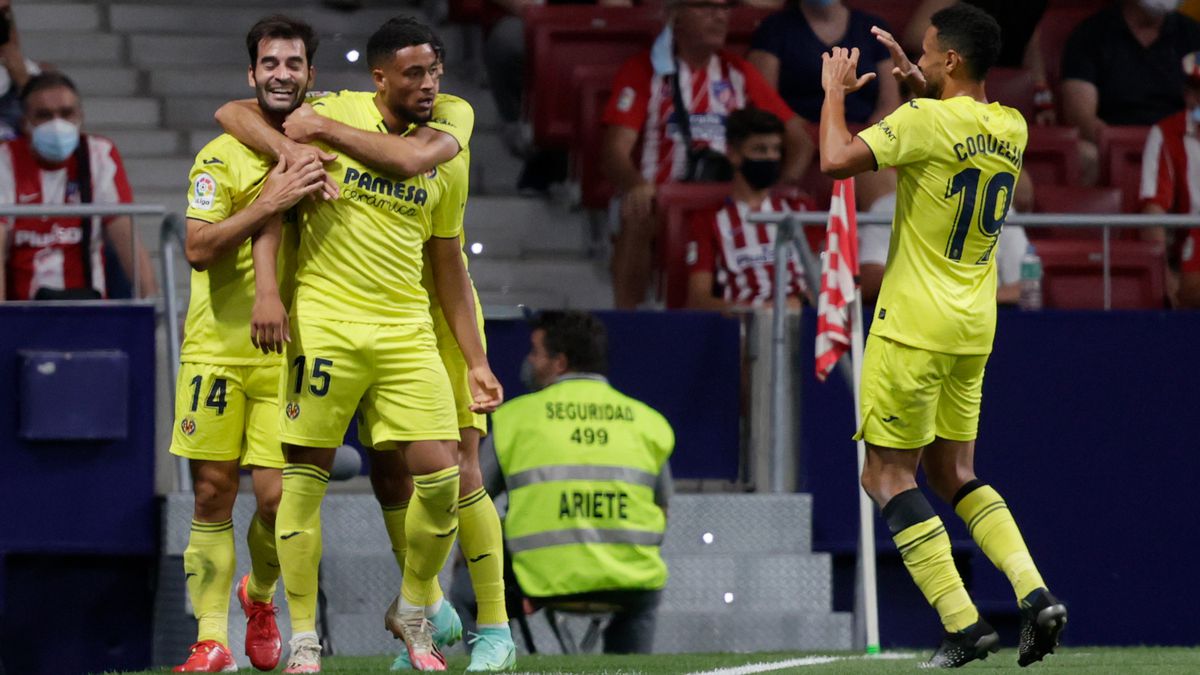 Villarreal players celebrating a goal in the 2-2 draw against Atletico Madrid. PHOTO: Courtesy

The Europa League reigning Champions were pegged back four minutes later. Atletico robbed them of possession near the corner flag before Correa teed up Suarez for a first-time finish to equalize.

They regained their advantage in the 74th minute, following a lack of communication between Atletico defenders Stefan Savic and Jose Gimenez, Pino pounced and provided the assist for Danjuma’s emphatic finish.

But the Yellow Submarine could not hold on and, with virtually the last kick of the game, Mandi inadvertently turned Saul’s hopeful ball beyond Rulli to gift Atletico a share of the spoils.

Simeone’s men missed out on the chance to go top of LaLiga, but are now one of six teams to have registered seven points from their opening three games.

Villarreal remains unbeaten but was seconds away from ending a six-match winless run against Los Rojiblancos.

Despite the late turn-around for Unai Emery’s side, right-winger Pino played a key role for Villarreal; assisting both of their goals. Additionally, his tally of four tackles was only bettered by one of his teammates, as was the six times that he gained possession.

The draw means Atletico is now unbeaten in their last seven games against Villarreal in LaLiga winning three and drawing four, alternating a win and a draw, after having lost four of the previous six beforehand.

The result also means Simeone’s men conceded two goals against Villarreal in LaLiga at home for the first time since December 2009 when they lost 1-2 at the Vicente Calderon, which was Atletico Madrid’s home stadium up until 2017 when the club shifted to the Wanda Metropolitano in 2017.

Remarkably, Atletico have not lost any of their 17 LaLiga games where Luis Suarez has scored and the draw yesterday continued the stretch.

Mandi’s goal has been the latest own goal scored in LaLiga in the 21st century (94:44).

Villarreal boss Unai Emery has now failed to win against Atletico in his last 11 games against them in LaLiga drawing six and losing five.

Atletico’s first match after the international break sees them travel to Espanyol on September 12. Meanwhile, after their scheduled La Liga clash with Alaves was postponed, Villarreal launches their Champions League campaign against Atalanta two days later on September 15.