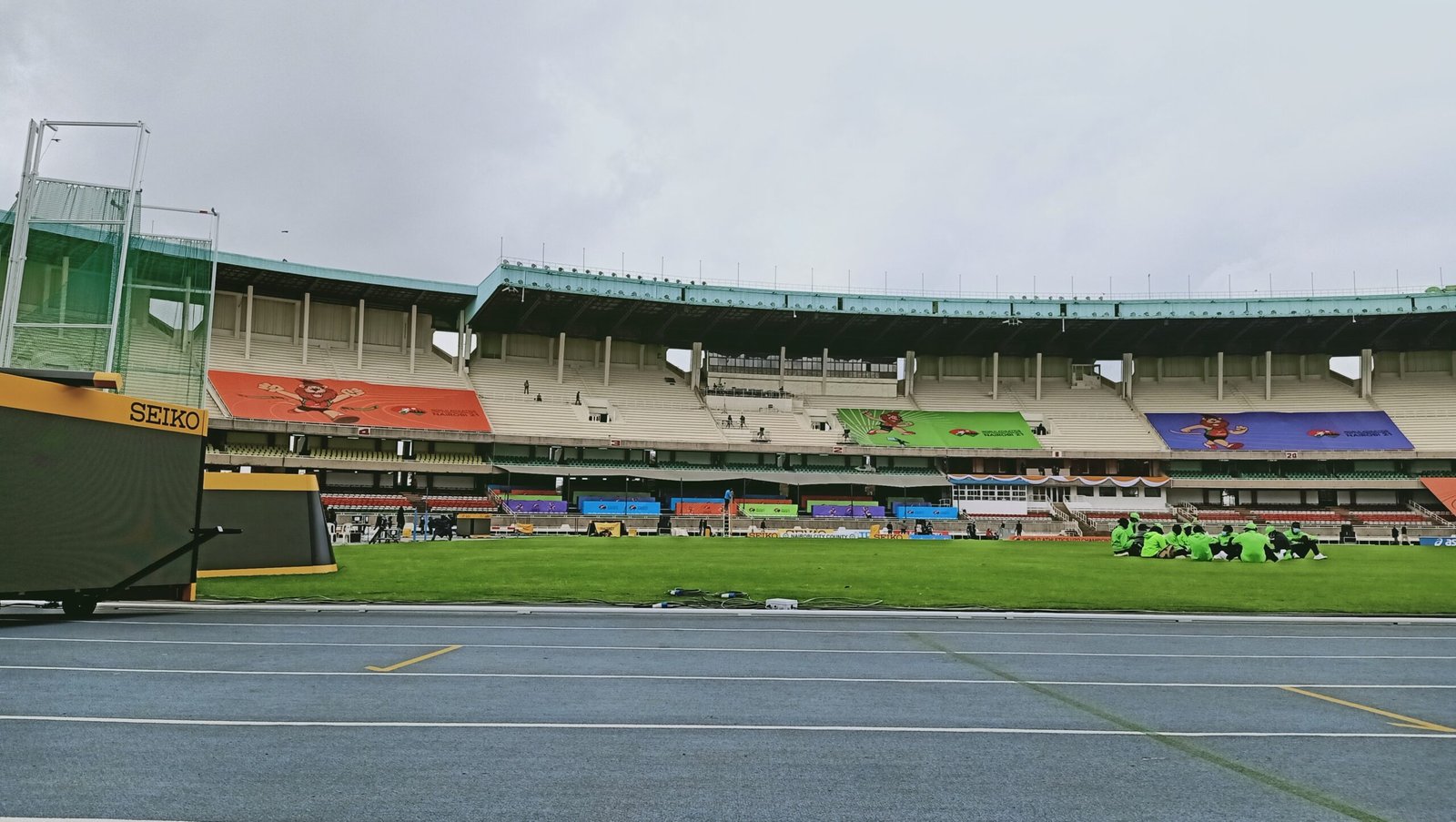 All systems go as Kenya prepares to host World U20

All systems go as Kenya prepares to host World U20

The Moi Sports Centre Kasarani was a beehive of activities all through the weekend as organizers continued putting up the final touches in preparation for the World Athletics Under-20 Championships which gun off on Wednesday morning.

Contractors were busy setting up all the necessary adjustments with technicians from World Athletics going round to ensure that all competition aspects are in the right place.

On Sunday, the official World Athletics timing partners Seiko were busy setting up the timing machines while the broadcast team was setting up the cameras and equipment ready to beam the five-day event to the whole world.

World Athletics on Saturday announced that the Championship start date had been pushed forward by a day due to travel and logistical challenges experienced as the world of sport continues to grapple with the challenges brought about by the COVID-19 pandemic.

On Sunday, first lady Margaret Kenyatta made an impromptu visit to the stadium just to ensure everything is ready and all systems are in place as Kenya prepares to host the world. The First Lady is the patron of the Championships.

Meanwhile, more teams continue arriving in the country with the Canadians the latest to touch down in Nairobi. The contingent of athletes had a light training session at the Nyayo National Stadium as they shook off jet lag and got ready for the Championship.

The team is confident of bagging medals at the Championships and hurdler Savannah Sutherland is one of those aiming for a good performance in Nairobi.

Sutherland has remained unbeaten in her races over the same distance and set her lifetime best of 57.87 nearly a month ago.

“We are really excited to be here and personally, I have come here to just try and run a personal best time and get to improve. It is my first time representing Canada in a global Championship and I am really excited,” stated Sutherland after the team’s training at Nyayo.

Meanwhile, Kenya’s coach Robert Ngisirei remains confident that Kenya will perform well at the Championship and is optimistic of bagging opening day gold with the women’s 3,000m final scheduled for Wednesday.

Ngisirei, who has led the junior team to multiple worldwide competitions, where they have consistently placed first in the medal standings, expressed confidence that the lengthy wait will be over soon.

“I’ve been evaluating my athletes on a regular basis, and they’re not far from the winning classes of a few years ago. I’d say they’re on pace with, if not somewhat ahead of, the rest of the world’s athletes “Ngisirei stated.

He adds; “We haven’t had as many talented athletes as we do currently in the event. Training has gone well, and I believe we will have a strong start on Day One, which will boost morale among the rest of the team.”

The coach remains optimistic that the work put in by the athletes over the past one month of training will suffice as Kenya looks to defend the overall crown it won at the last Championships in Tampere, Finland in 2018.