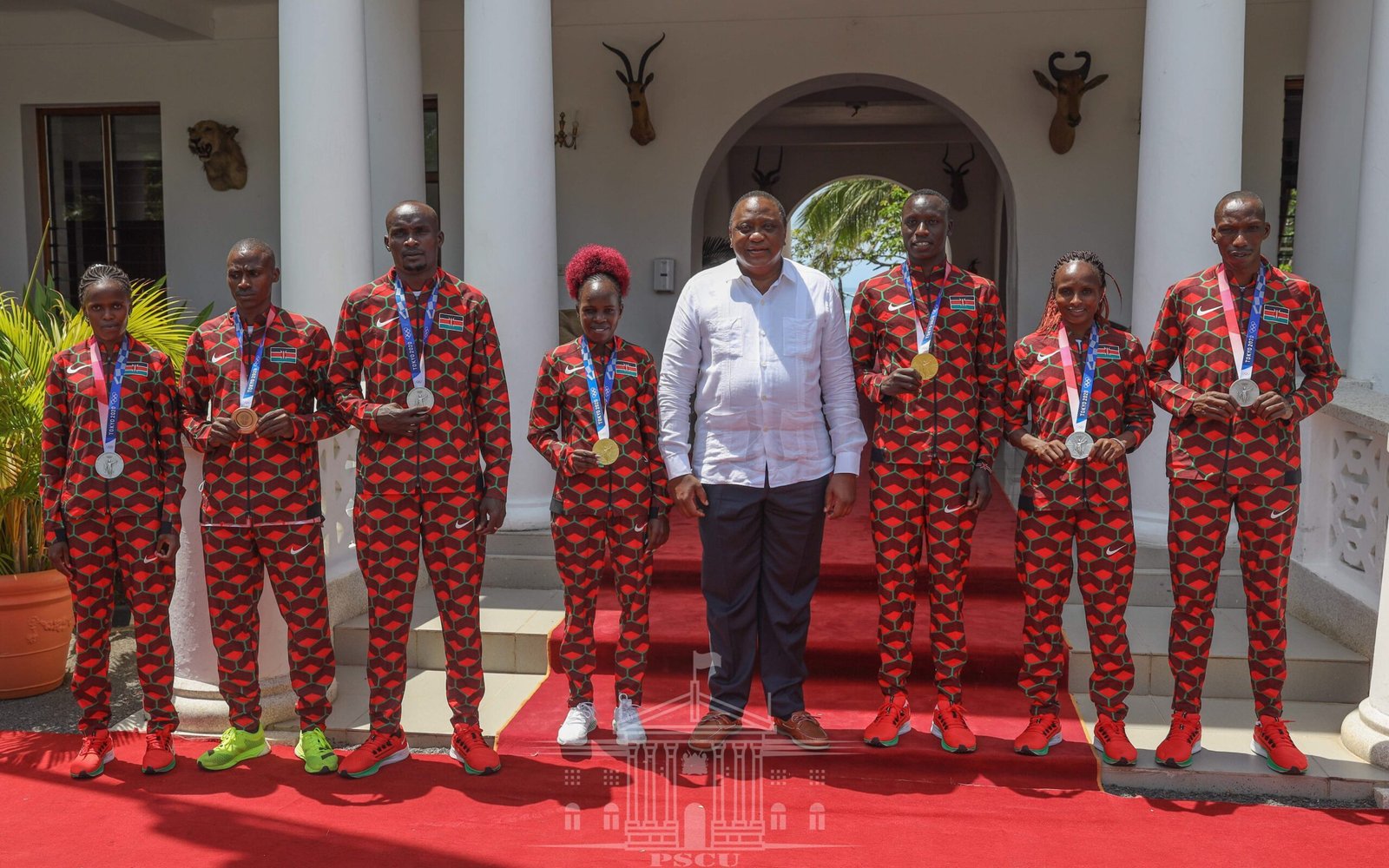 Kenyan athletes who triumphed in the Tokyo 2020 Olympic games have a reason to smile.

On Monday, President Uhuru Kenyatta met their representatives and announced his government is offering cash rewards.

“President Uhuru Kenyatta on Monday received representatives of the triumphant Kenyan contingent to the 2020 Tokyo Olympics and announced cash rewards of Shs 1 million, 750,000 and 500,000 for Gold, Silver and Bronze medalists respectively,” State House said in a statement.

Uhuru also announced a further cash prize of Ksh200,000 for all athletes and officials, including the Paralympics team, participating in delayed Summer Games.

The Head of State lauded the Kenyan team that took part in the Olympics. He said that they made Kenya proud by posting stellar performances at the now-concluded Olympics.

“The President thanked the Olympians for their outstanding performances that saw Kenya top the African medal chart, and challenged the sporting  fraternity to ensure the country continues to excel on the global stage. #TeamKenyaFlag of Kenya #Tokyo2020 #YouAreTheReason,” State House Kenya added.

Timothy Cheruiyot (1,500m), and Brigid Kosgei secured a  silver medal each as well.

President Uhuru announced the rewards days after a great uproar by Kenyans. The government was castigated for failing to honor her athletes despite their hard work in the tracks.

The Yoweri Museveni-led government made a monthly salary pledge of $45,787 to Peruth Chemutai who clinched a gold medal in the women’s 3000m steeplechase. 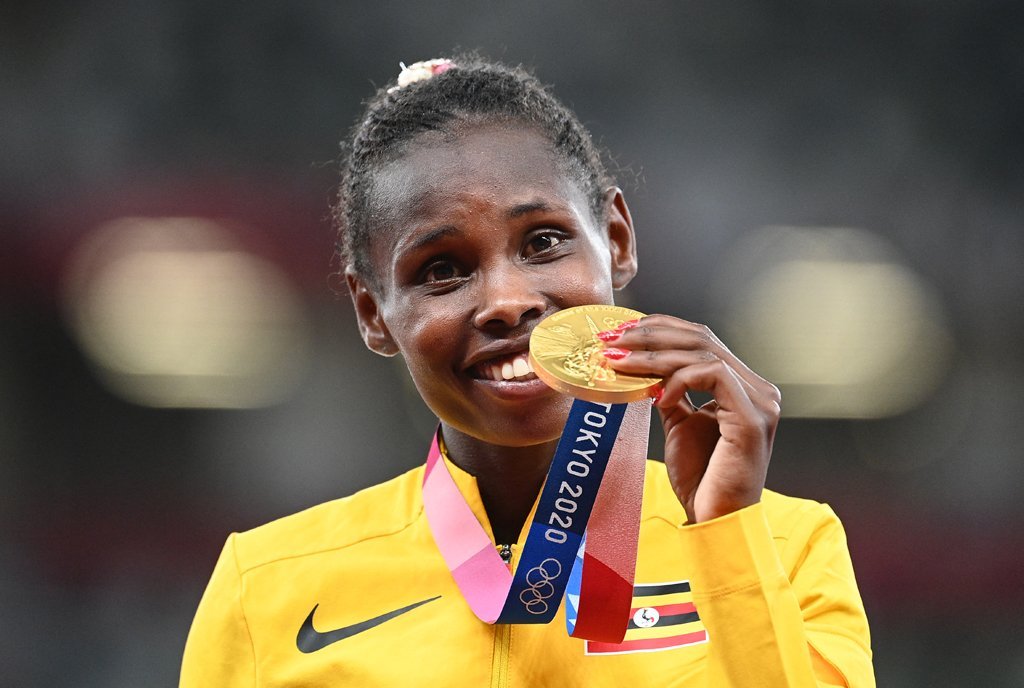 On top of it all, they will receive a high-end vehicle to ease their movement courtesy of the government.

In a statement on Wednesday when he received the champions back home, Museveni said he made the promise in 2013 and he will keep it.

He said that it has not been honored in the past but is making reparations with the Tokyo 2020 Olympics and righting the wrongs.

“I made an order in 2013 that anybody who wins gold at a continental level, commonwealth or Olympics should be paid Shs5m per month all the time and Shs1 million for silver and bronze,” he said.

Museveni said his earlier pledge was tainted because officials said they are paying quarterly while he meant monthly.

He also said all the arrears each of the winning athletes have will be cleared by his government.

“I was told they are being paid quarterly. I didn’t say quarterly. I speak English very well. All their arrears will be paid. …what they should have been paid. And because I’m now a happy man. I will give each of these medalist a car. I will build for their parents a house each,” the Ugandan President stated.