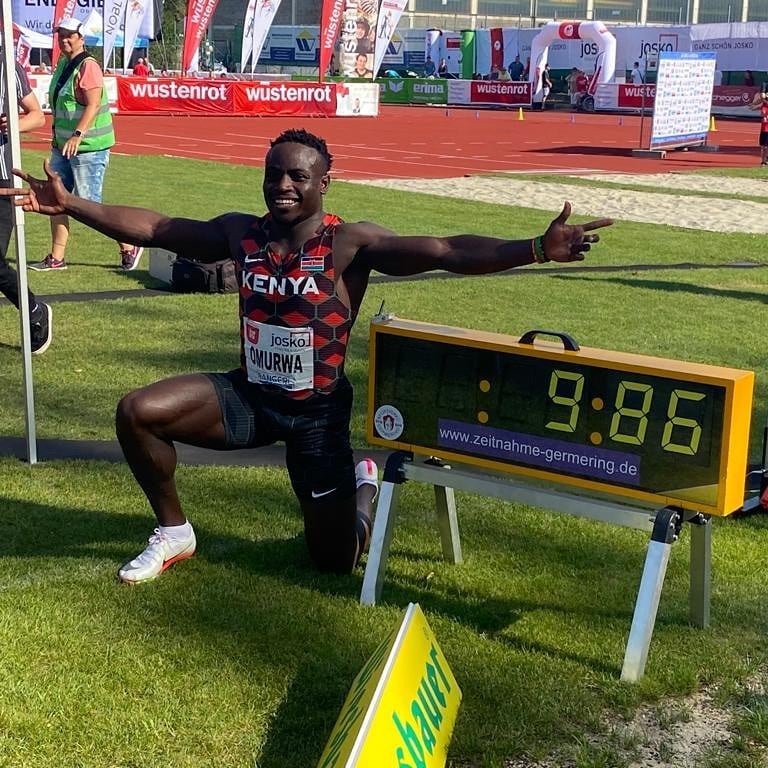 Ferdinand Omanyala is yet to come to terms with his sterling performance on Saturday where he set a new record of 9.86 in 100m.

He is soaking in the glory of being Kenya’s new kid on the block carrying hope for the nation in sprinting.

He clocked 9.96 during the men’s 100m semi-finals at the International Josko Running Meeting in Andorf, Austria.

This new high booked him a slot to the finals which he smashed and set a new national record for the sprint race.

Omanyala couldn’t believe that he was set for national glory after years of dreaming about it all.

“Somebody tell me am not dreaming. This will sink in years later; thank you to my management; thank you Andorf, Austria. On to the next; see you in a bit Helsinki. Cheers to second chances,” Omanyala wrote on his Instagram page.

Omanyala, a student at the University of Nairobi has worked hard for his athletics dream to be in 2021.

Is a four-time 100m record breaker and booked a slot at the Tokyo 2020 Olympics slot. He clocked 10.01 in June, effectively breaking Mark Otieno’s record during the Tokyo Olympic national trials in Kenya.

He was upbeat that this was just the beginning – his zeal is to feature more in the international stage.

His journey in the international races just began with victory in Austria. His eyes remain on the Paris Olympics in 2024. 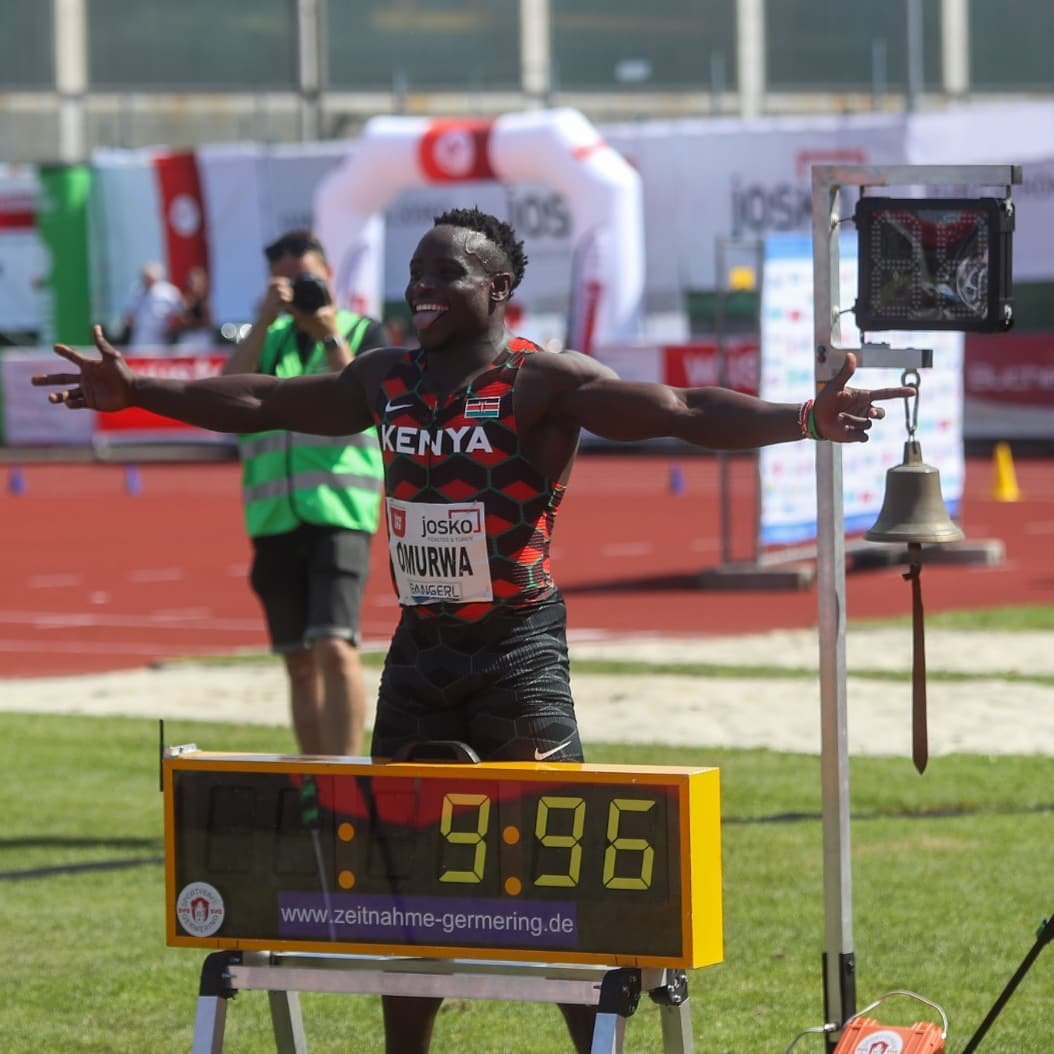 In the meantime, he hopes to sharpen his athletics with more and take part in the Diamond League Series.

Kenyans had so many hopes in him at the Tokyo 2020 Olympics but his star was dimmed at the semis.

He came in third with 10.00 seconds – still an impressive record nationally.

This didn’t deter him, nonetheless. It pushed him to get better and keep breaking his own records which he did in Austria.

In Heat 3 at the Olympics, his competitors managed 9.83 seconds which he lived up to in the Austria finals.