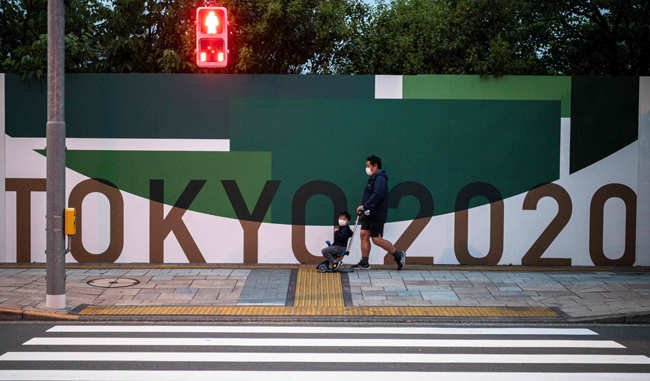 Japan is now on the run to reduce the number of spectators in Tokyo 2020 to the limit of 5000 per venue due to the new covid-19 state of emergency expected in the City. 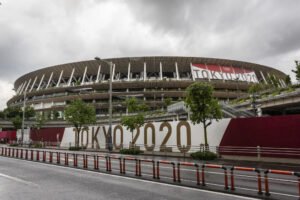 The office of Prime minister Yoshihide will address the situation tomorrow as the new lottery for tickets is expected to be held.

Tokyo today reported 920 cases today, this being the highest number of the cases since mid-May and this will see it be placed into a state of emergency measures.

The government through prime minister Yoshihide Suga has promised to curb the cases ahead of the Tokyo 2020 Olympics.

“Infections in Tokyo are trending upward, and we will take every necessary measure to curb the spread of the coronavirus,” Suga said.

The Olympic Opening Ceremony will take place on July 23 and it’s likely to be held in front of just VIPs with all spectators expected to be banned over rising COVID-19 figures in Japan.

According to the Japanese media reports about the rising cases, the government is likely to ban the spectators from opening and closing ceremony which means fans will not be allowed past 9 pm. 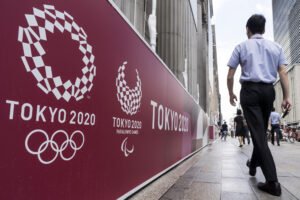 Earlier on the spectator limit was to be 10,000 or 50 per cent of a venue’s capacity which was implemented under the assumption that Tokyo would no longer be under the current state of emergency which is due to end on Sunday (July 11), but that is now highly unlikely and the number may be reduced.

The International Olympic Committee President Thomas Bach is set to arrive in Japan tomorrow, as the pandemic continues to loom large over Games preparations.

Through a statement, the World Athletics said they were surprised after the funs were told not to attend the marathon event and walking race but this was necessary as it’ll curb the spread of the Covid 19 according to the organizers.

The Olympic Torch Relay will be taken off public roads in Tokyo for health reasons, with the last leg set to begin on Friday (July 9) and is expected to continue for over 15 days.

Ultimately, it’s too early to tell what the situation will be like in Japan and the rest of the world in the near future but if the cases will continue rising then it’s not too surprising that the cancellation of the event is inevitable but only under very exceptional circumstances like war or civil disorder.

The contract between the International Olympics Committee (IOC) and host city Tokyo makes it clear only the IOC can cancel the event.

The IOC is thought to make around 70% of its money from broadcast rights, and 18% from sponsorship. If the Games don’t go ahead, it could severely damage its finances, and the future of the Olympics and this will be the second time after the Tokyo Olympics 2020 that was to be held last year was cancelled.

Given that the IOC has repeatedly insisted the games can go on safely even under a state of emergency, it seems there’s little chance it will pull the plug.
Last years terms were that If Tokyo was to break the contract and cancel, the risks and losses would fall on the Japanese side.

Even though the Olympics are heavily insured, losses would still be high

How Often do Olympics Occur?

The tradition of the Olympics being held every four years was borrowed from the ancient Olympics in Greece, which started in 776 B.C. and continued quadrennially until A.D. 394

Where will be the next Olympics?

Beijing is set to host the winter games come 2022 and this makes it the first city to host the Summer and Winter Games. (The Summer Games were there in 2008.)