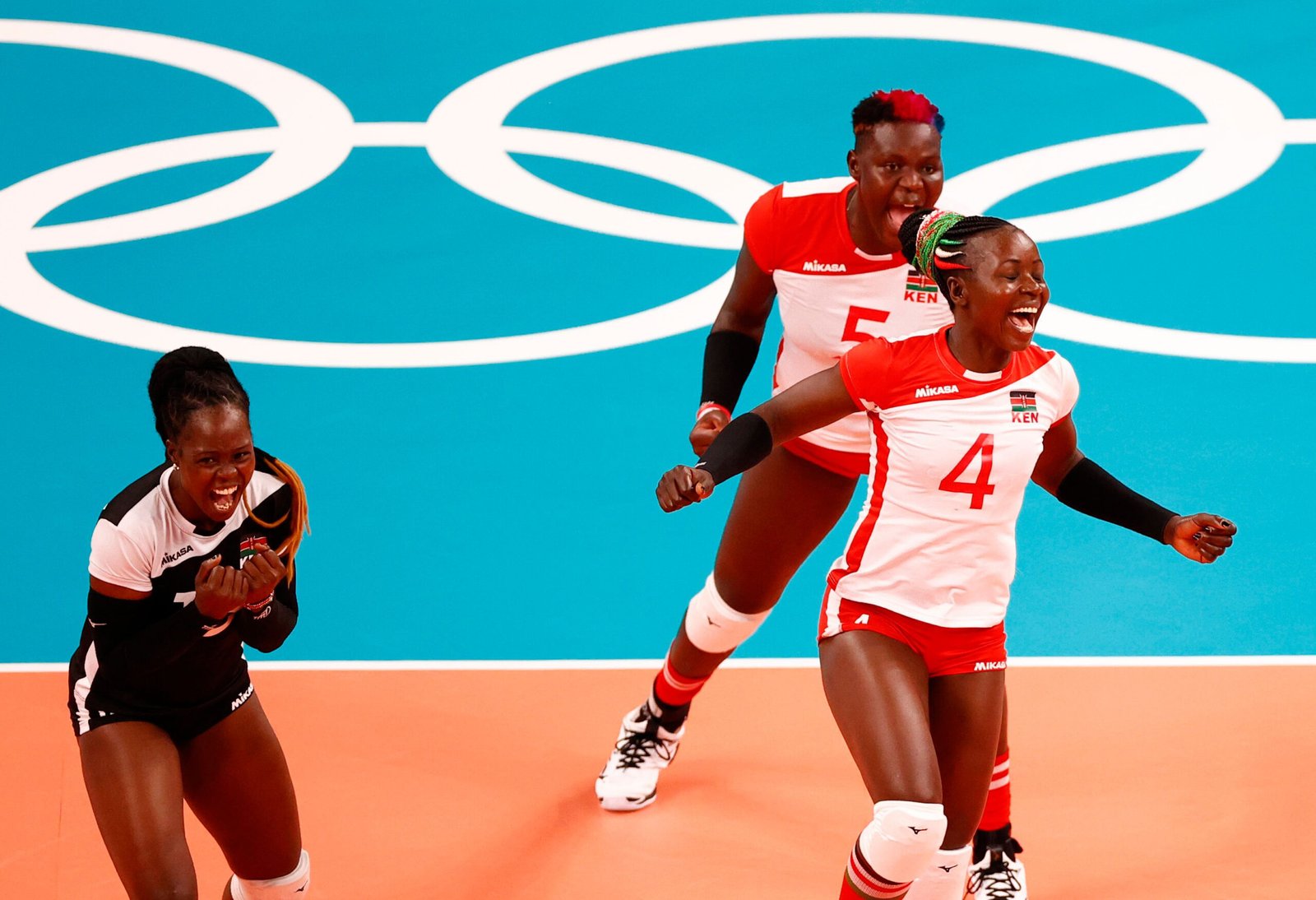 Kenya’s Malkia Strikers lost their opening match at the Tokyo Olympic Games on Sunday, losing by straight sets to hosts Japan, but they showed grit and determination, pushing the Japanese to the walls especially n the third set.

The Kenyan girls had lost the opening two sets 25-15 and 25-11, but responded with a powerful second set where they pushed the hosts and led 23-21 before a flurry of errors saw the Japanese score four unanswered points to win the deciding set 25-23.

Coach Paul Bitok was disappointed with the result and stated that Kenya should have taken advantage of Japan who were not their usual selves.

“Japan was not at the level that we usually know them to be. We should have taken advantage of that but we concentrated on the Japanese and forgot how we should play. I thank the players because they came back in the third set and we did really well. We should have done that earlier and I think that should have given us a chance,” Bitok said after the game.

He added; “ It is disappointing because we had really planned to start the tournament with a win in the opening game. But moving forward we have to do more.”

Skipper Mercy Moim shared the same sentiments saying; “I think we should have done better because we really came back strong especially in the third set because we were more relaxed and played our game. It was just small mistakes that cost us but the Japanese are very strong. We need to bounce back against Korea,” Moim said.

Sharon Chepchumba was Kenya’s star player in the match, the opposite hitter accumulating 18 points in the game with 11 of them coming in a well played third set.

Ishikawa Mayu and Kurogo Ai were Japan’s highest scorers, each accumulating 13 points for their side. Kogo Sarina also accumulated double digit points for the home girls after chalking 11.

Malkia started the game well and led 6-3 in the opening set. However, a flurry of errors saw the Kenyan girls drop to an 8-6 score at the first technical time out. The Kenyan girls still matched toe to toe with the Japanese and were still within striking range with a 16-11 defficit at the second TTO. 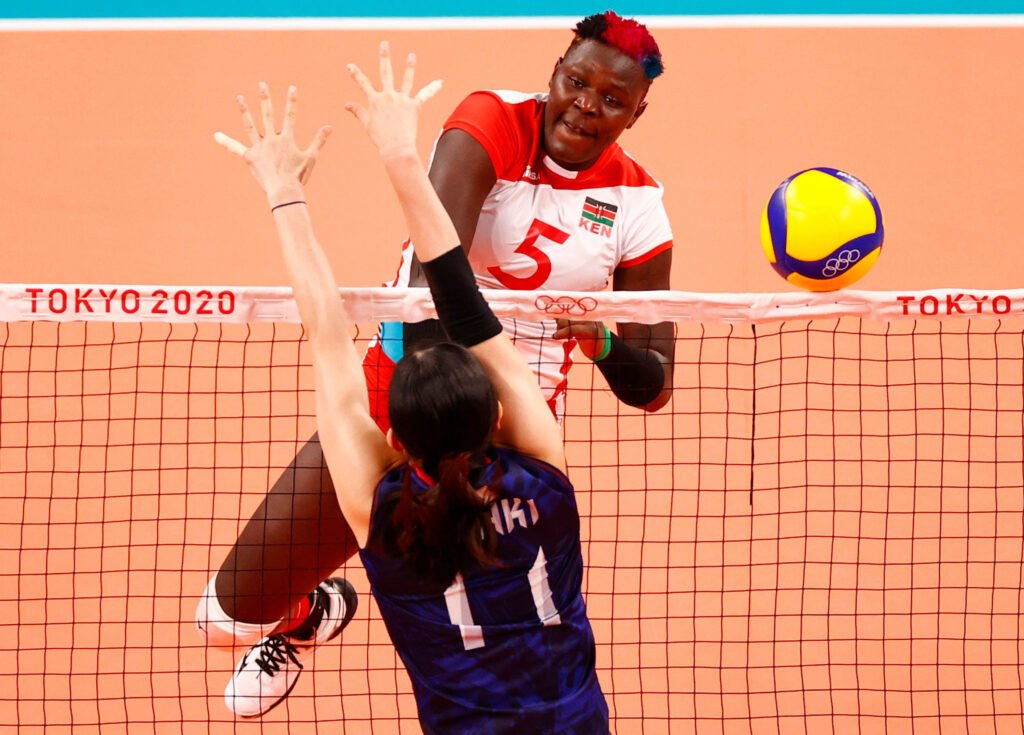 But, upon return, the Kenyan girls were overwhelmed. Japan scored nine points against Kenya’s four to comfortably take the set.

They were in even more commanding position in the second set as they dominated from gun to tape, leading 8-4 and 16-10 at the first and second TTOs before running off 25-11 with the set.

But, Malkai were not just about to go down without a fight as they pumped in the pressure in the third set. They trailed 8-5 at the first TTO with Aggripina Kundu’s reception letting her down, but they bounced back to tie the game 10-10 with Sharon Chepchumba’s strong spikes being too much to bear.

At the second TTO, Japan still led 16-15, but upon resumption, the introduction of Leonida Kasaya changed the trajectory for Kenya. Malkia raced to a 23-21 lead with Chepchumba’s strong spike earning a point.

Only needing two points to force the game into the fourth set, the Kenyan girls once again found themselves crumbling under pressure, two reception errors and a strong spike that bounced out of court handing Japan victory.

Malkia’s next match will be on Tuesday against Kore and the team hopes to do better, correct their mistakes and get their first win.