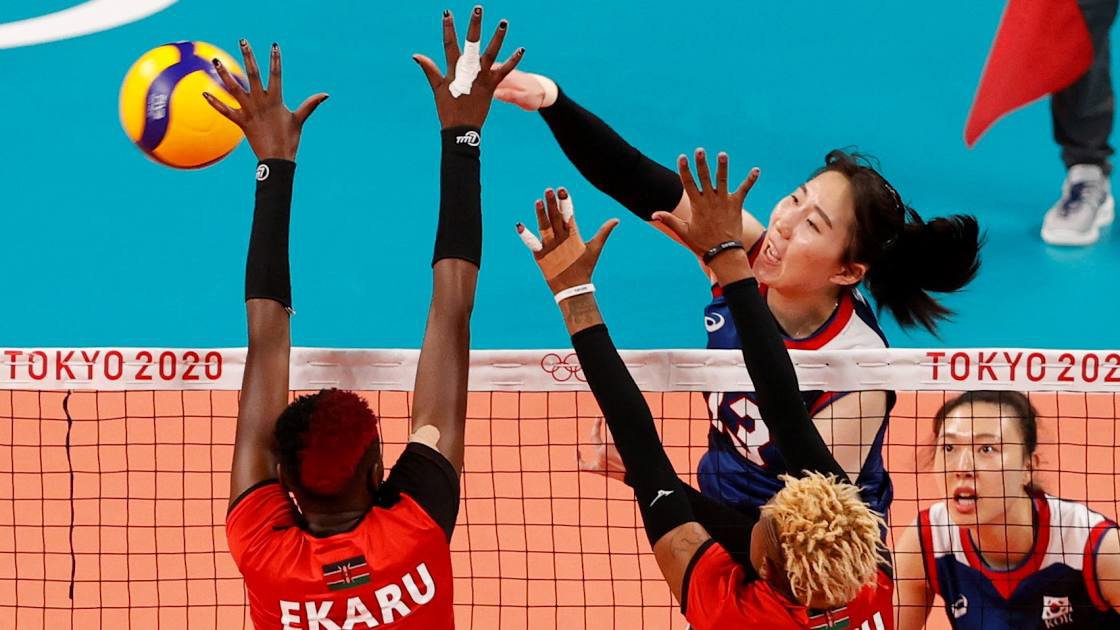 National women’s volleyball team Malkia Strikers came ever so close once again, but lost to The Korea Republic by straight sets in their second match of the Tokyo Olympic Games on Tuesday evening.

The Kenyan girls lost the opening set 25-14 but improved in the second set to trail 25-22. They showed an even better performance in the third set where they pushed the Koreans to the wall but they eventually sneaked out with a 26-24 victory.

“We started poorly in the first set but in the second set we picked up and did really well. In the third set we were better and had a chance to win. But I am happy with the girls because in the previous games we have played against Korea, we have not even managed 15 points against them,” skipper Mercy Moim said.

Her sentiments were shared by setter Jane Wacu who said; “In the 16 years I have been in the team, we have never come this close to Korea. Most of the times they beat us with straight sets of nine or eight maybe if we try we get to 12. We did well.”

The team says they need to do better in attack and also self belief to ensure they give themselves a chance of winning at least one set or even a game at these Olympic Games.

“We need to work on our finishing power especially when we are under pressure. You find that when we are at 23 and need to close the game, we just crumble. We will work on that with the coaches,” Moim said.

Wacu added; “I don’t know what happens when we get so close. Maybe it is a bit of self belief in that we don’t actually believe we have come so close. We need to improve on that bit. I believe if we had one or two friendly matches before coming to Tokyo we would have picked some confidence.”

Coming in with confidence picked up from their opening game against Japan where they also ran the two-time Olympic champions close, Malkia started the game well and led Korea 5-1 in the opening set. 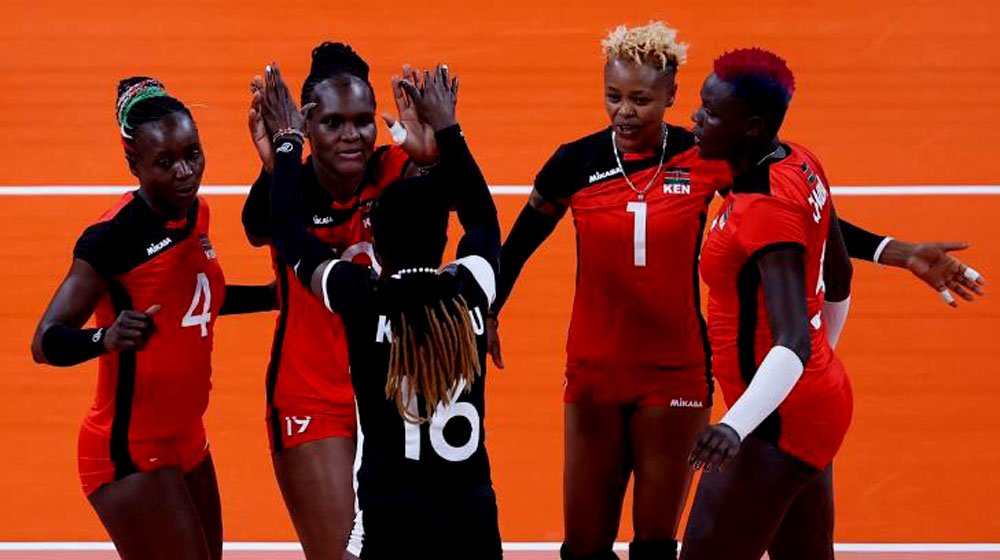 However, the Asians called for a time out and came back better, catching up with the Kenya and went on to lead 9-6. Malkia tried to catch up, but the Koreans were good on the blocks and the spiking power of Kim Heejin proved too much for the Kenyan frontline.

They eventually ran off 25-14 winners from the opening set.

The Koreans rolled into the second set with the same vigour and confidence they ended the first and they led 12-5 before Kenya called their first time out. They came back a better outfit and Sharon Chepchumba’s efficiency in attack as well as the back court defense stood out.

Leading 14-9 and Kenya looking ever so dangerous, the Koreans called a time out. CHumba and Gladys Ekar were in sizzling form as they combined well on the blocks to ensure they kept close in the scores.

The Kenyan girls continued the resurgence, pushing the Koreans and narrowed the game to a two-point difference, the Koreans leading 23-21 and being forced for a time out after Moim won a point off service.

They came back and corrected on their attack, with Heejin taking them 24-21 before Kenya won back a point. However, Ekaru’s error on the service saw the Koreans sneak away with the second set.

The third set was even more closely fought with Malkia coming in with a mountain of belief. Malkia opened the scoring and kept in the lead despite Korea making an answer for every point throughout. Korea kept the pressure and went on to lead 17-14.

Malkia were however relentless and worked hard to tie the game at 21-21, Chumba and Kasaya’s strong spikes taking the Kenyans level.

With the game tied at 24-24, it was anyone’s for the taking and the fastest to two points was going to win the set. However, two errors saw Malkia blow the chance of clinching their first set at the Games.