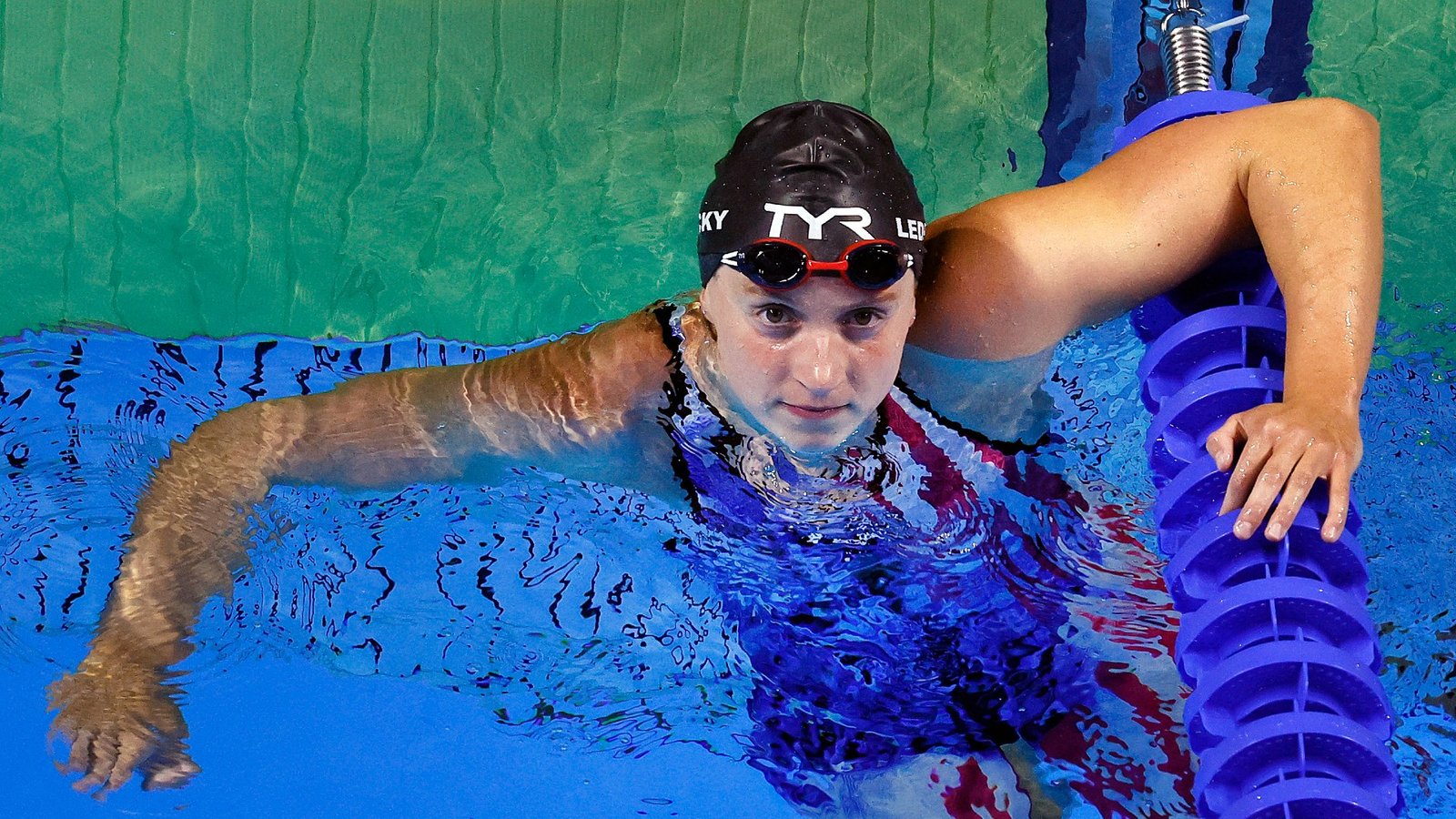 It was all hail to Katie Ledecky in Tokyo after she bagged her first gold medal at the Olympics. Katie won in the 1500 meter freestyle race.

Her colleague Erica Sullivan was in the second position and thus bagged a silver medal. Ledecky’s win comes after she was outshined by Ariarne Titmus in the 400-meter freestyle event.

The gold medal marked the sixth of all the gold medals that she has gotten in the Olympics. At a time of 15:37.34, the Olympian clinched her second consecutive gold medal.

The win surely portrayed that Katie Ledecky is surely a force to be reckoned with. Her exemplary performance was highly celebrated by her fans and people from her hometown.

Ledecky is one of the most versatile swimmers at the Tokyo Olympics 2020. She had bagged a silver medal in her first race of the games. She as well unfortunately missed out on medals in the 200-meter freestyle.

Katie Ledecky, later on, expressed herself and talked about the pressure that faces Olympians. She said that she feels a lot of pressure to meet the immense expectations.

This comes amid the withdrawal of other athletes who have cited the same thing. A good example of them is Naomi Osaka and Simone Biles who opened up about the difficulties of being in the limelight.

This is what Katie had to say while speaking to the reporters after her race;

“I am always striving to be my best and to be better than I’ve ever been, and it’s not easy when your times are world records in some events,” Ledecky told reporters.

The swimming sensation has had a successful career and has made several achievements. She holds world records in three major freestyle distances.

The distances include 400 meters, 800 meters and 1500 meters. 1500 meter finals event happened for the first time at the Olympics and Ledecky was lucky to dominate. 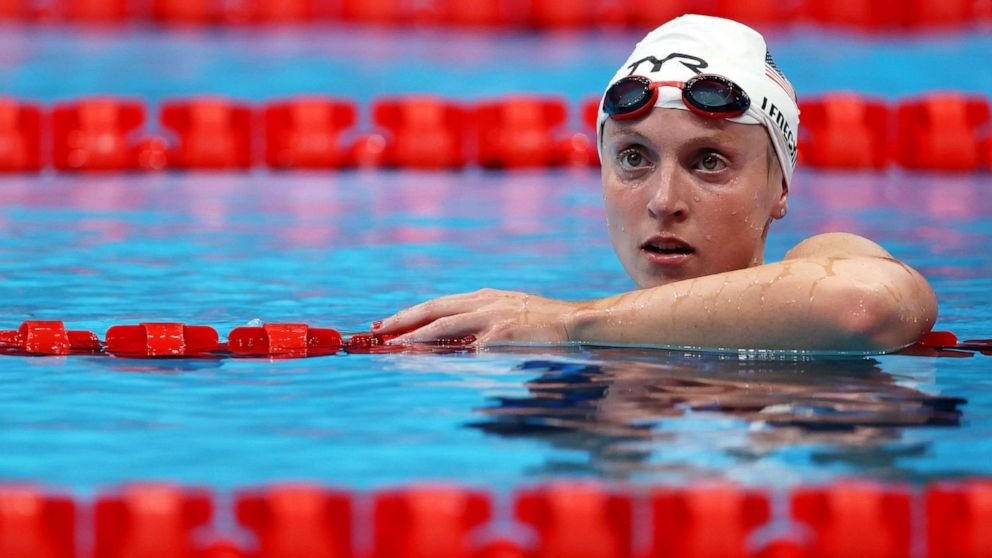 She was the most outstanding swimmer in the long-distance swim which is nearly a mile. Katie Ledecky was leading for the entire time of the race.

She could not hide her joy after she completed the race. She gave the water a big smack in celebration as she gave Sullivan a hug.

Although Katie won a gold medal, the Olympics did not begin in her favour and that is not what she wanted.

Ariarne Titmus narrowly edged her out of gold in the 400-meter freestyle. The chief rival Ariarne who hails from Australia clinched the gold medal forcing Katie to bag the silver.

Ledecky, unfortunately, did not make it to the podium in that race. This was the first time in her Olympic career to fail to bag a medal. This was highly unexpected, regarding her past where she has always won a medal.

This is what she had to say after that;

“I don’t want anyone to feel sorry for me, or feel like silver or any other medal besides gold is a disappointment or anything. I would much rather people be concerned about people who are really, truly struggling in life,” Ledecky said. “Just because I’ve won golds all the time leading into that doesn’t mean the silver doesn’t mean something to me.”

She went on express herself that over the past years she has understood the way people view a gold medal, which is the topmost medal.

“I’ve gone to children’s hospitals, and met wounded warriors, and their faces light up when they see the gold medal. And that means more to me than anything — the ability to put a smile on someone’s face,” emotional Ledecky said. “I just really wanted to get a gold medal to have that opportunity again.”

In the years 2013, 2016 and 2017, Katie bagged the United States Olympic Committee Female Athlete of the Year. She was also crowned Sportswoman of the Year by the Women’s Sports Foundation in 2017.