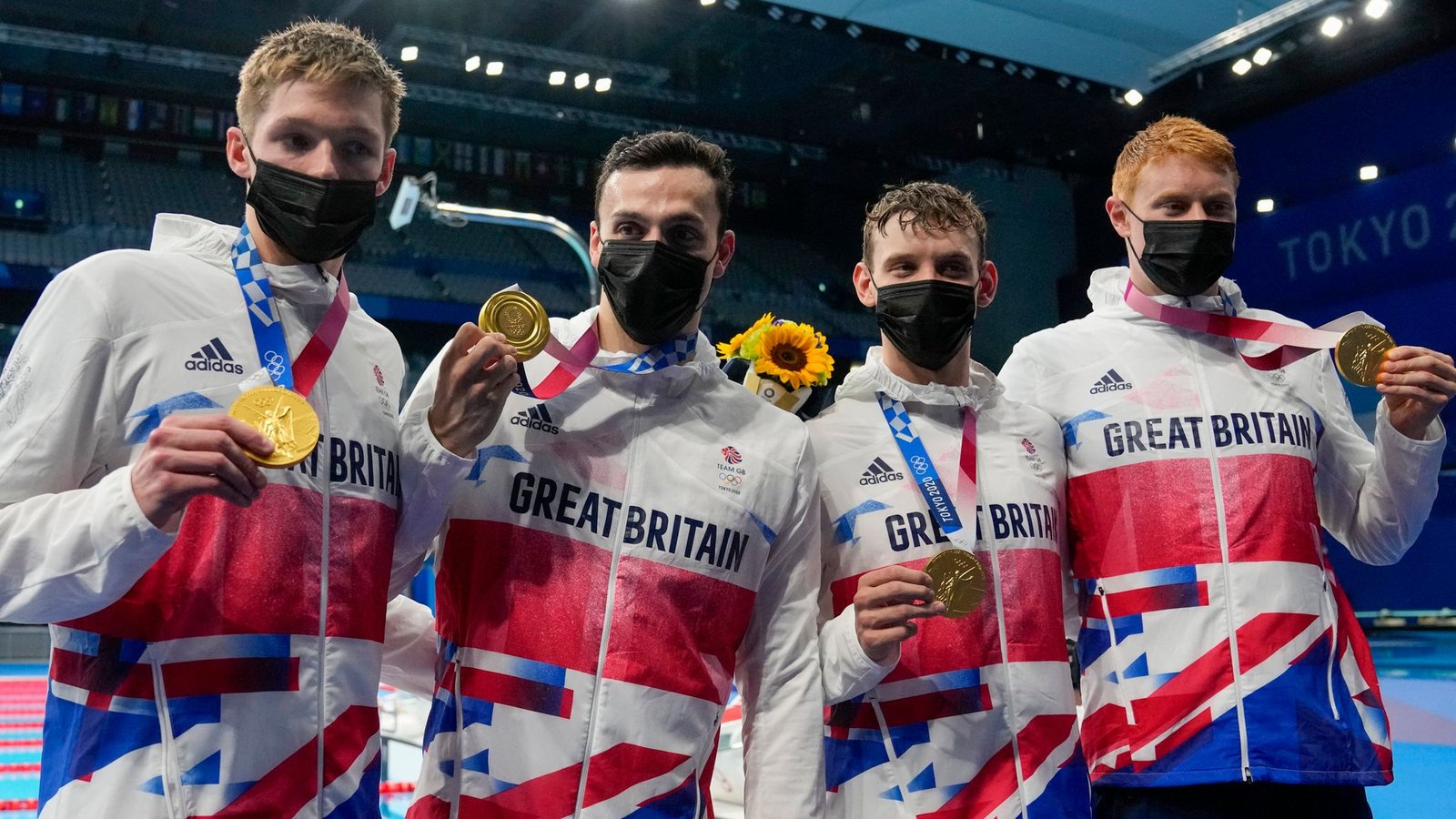 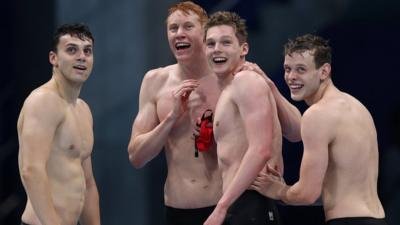 Team GB is all more rejuvenated after getting another gold medal at the Tokyo Olympics. In the much-hyped games, GB men in the 4x200m freestyle relay emerged the champs and thus won the team another gold medal.

Without a doubt, team GB has held their flag high at the Tokyo Aquatics Centre with their exemplary performance.

Tom Dean is known for his championship in 200m. The quartet was competing against the Russian Olympic Committee.

The British quartet clinched victory in a time of 6 minutes 58.58 seconds. The Russian team emerged 3.23 seconds after team GB.

The Russian Olympic Committee bagged a silver medal while the Australian team walked away with the bronze medal.

Nevertheless, the victory added a new record to Tom Dean. Dean is now the first British male swimmer to win two gold medals at the same Olympic Games since the year 1908.

For sure, Tom is a force to reckon with, having made such an achievement in a period of many years. Additionally, the Tokyo Olympics are unique to Great Britain.

This is because it is the first time in a period of 113 years that Great Britain has won three swimming gold medals at an Olympics game.

The good cooperation and determination of the four Olympians surely got team Great Britain to victory.

James Guy put Britain into a pole position with his strong second leg. He was overwhelmed with tears as Scott brought the team to victory.

Guy bagged a silver medal in the same event at the Rio Olympics that happened four years ago. Therefore, he got so happy and fascinated after securing his first Olympic gold.

After the historic win, this is what Guy had to say;

The US escalated Britain in the opening leg, and they were led by Dean. On his part, Guy closed the gap. That was before Richards took a second out of the US lead.

Duncan Scott had something to say after the race;

“It’s really special with these boys. Matt in third was so composed and the boys up front executed the race plans really well. So close to a world record in the end – if anything I’m a bit gutted.”

Tom Dean as well played his part exemplary. He got team GB to a most spectacular start while swimming closely, behind the United States. That was before Guy interestingly closed the gap. 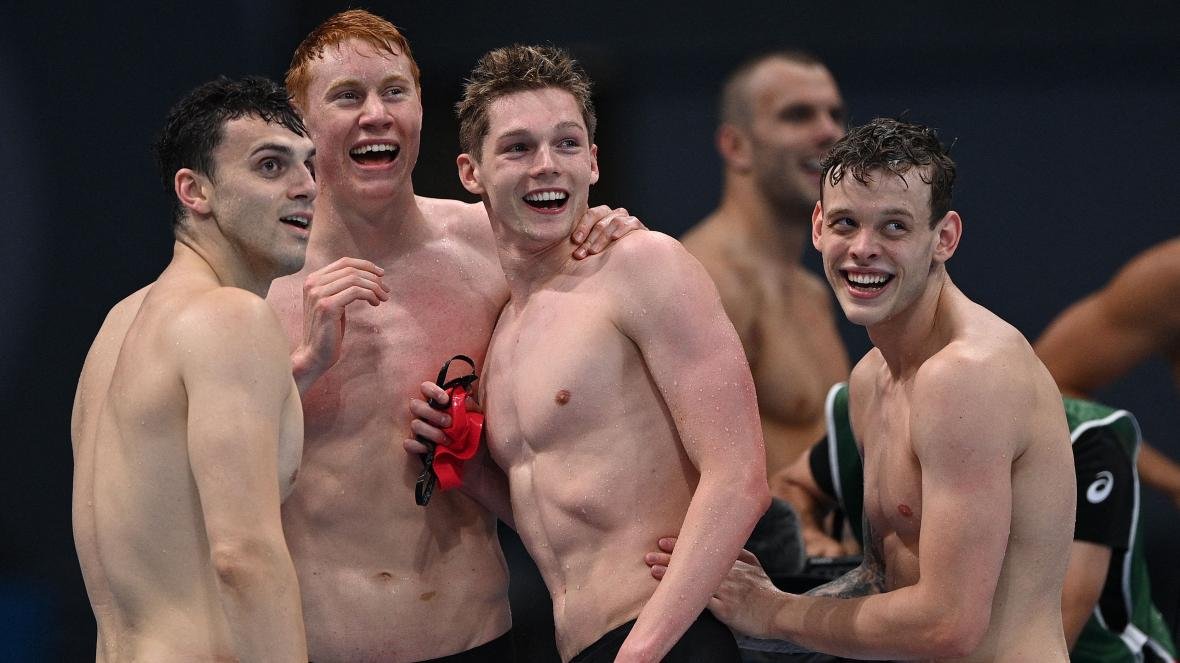 Dean as well had something to say;

“I can’t even put it into words. I couldn’t yesterday and I can’t today. Can’t thank these boys enough, from the bottom of my heart. Unreal,” he expressed.

On his part, the 18-year-old Richards’ leg was the most outstanding one. The determined Olympian stormed into the lead, giving Scott a better chance and a simple one to confirm the gold.

He said: “When you’re racing with guys like this, having a great leg comes easy.

This win comes after America’s Katie Ledecky bagged her first gold medal at the Olympics. Katie won in the 1500 meter freestyle race at the Tokyo Olympics.

Her colleague Erica Sullivan was in the second position and thus bagged a silver medal. Ledecky’s win comes after she was outshined by Ariarne Titmus in the 400-meter freestyle event.

The gold medal marked the sixth of all the gold medals that she has gotten in the Olympics. At a time of 15:37.34, the Olympian clinched her second consecutive gold medal.

All eyes are nevertheless, at the Tokyo Olympics to see and determine who is who. It is the hope of all the teams that they bag medals, more so gold and clinches victory.

As the Olympics continue, more and more medals are being won but are all hail to all the teams and individuals that are bagging gold.