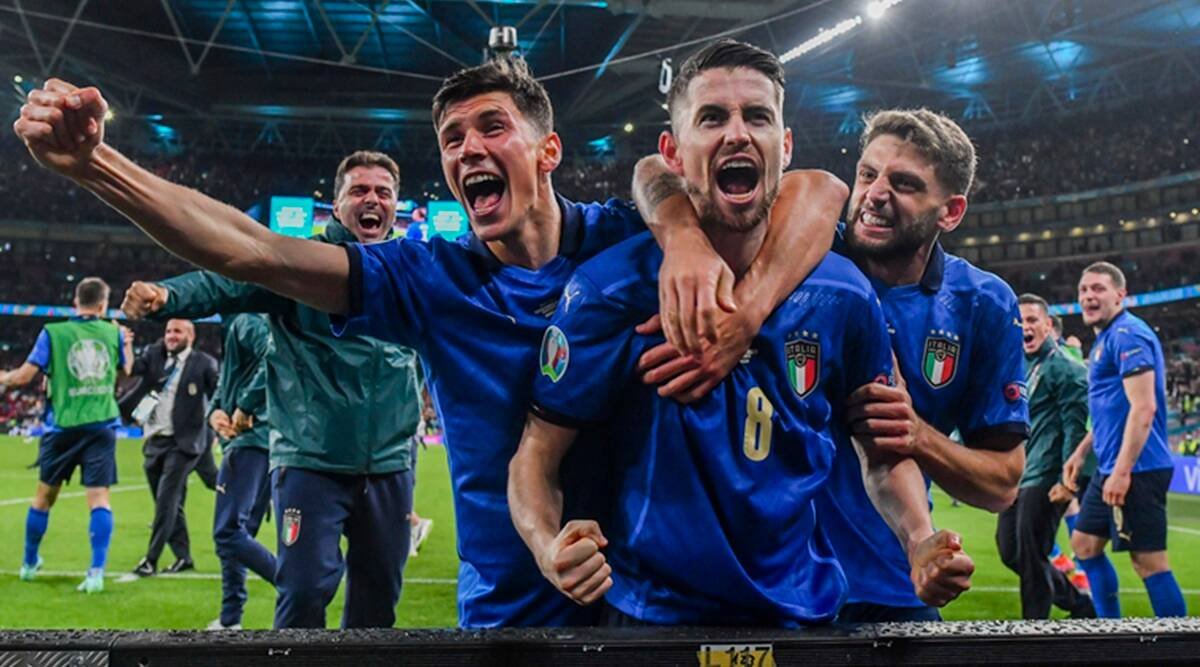 Chelsea midfielder Jorginho scored the decisive penalty as Italy beat Spain 4-2 on penalties to advance to the EURO 2020 Finals. The match played at Wembley, London in front of 57,811 supporters could not be decided in 90 minutes with goals from Juventus Forwards Federico Chiesa and Alvaro Morata tying the sides after the normal time of play.

The two sides could not be separated after the extra 30 minutes of play and the match had to be decided by a penalty shootout.

Federico Chiesa gave Italy the lead in the 60th minute before substitute Alvaro Morata who was benched for Mikel Oyarzabal equalized for Spain with 10 minutes of normal time left to play.

The Azzuri have been an outstanding side the whole tournament but they could not match the Spanish press and possessive game yesterday, they had to sit back and defense for the better spell of the game but a Donnarumma launched counterattack gave the Azzuri a deserved lead.

Donnarumma threw the ball to Lorenzo Insigne who played Ciro Immobile in behind. Immobile was thwarted by Aymeric Laporte’s tackle but the ball fell to Chiesa and he picked his spot in the far corner of Unai Simon’s goal on his right foot giving Italy the lead. 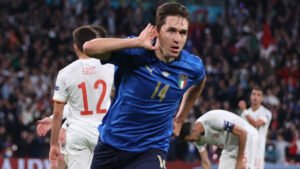 Federico Chiesa celebrates after scoring the first goal of the match.
PHOTO: Courtesy

Luis Enrique reacted by sending on Morata and Gerard Moreno, and just as Italy looked to be seeing out the victory, Morata was the man who got the leveler. After collecting the ball midway inside the opposition half, Morata played a one-two with Dani Olmo as he cut through the defense and slotted in. It was a deserved equalizer, and Spain had a spring in their step going into extra time, but they could not take that into the decisive shoot-out.

Spain had beaten Italy on penalties at EUROS 2008 but this time around misses from Dani Olmo, who sent his strike over the bar, and Alvaro Morata who saw his strike saved by Donnarumma gave Italy the advantage they had been denied when Locatelli, who was the first penalty taker missed. Chelsea ace Jorginho had only one job, score, and win the match. The Chelsea Premier League top scorer did his trademark penalty of the hop, step, and jump giving Unai Simon no chance of saving his strike, the stadium erupted in celebrations, as Italy, who had missed the 2018 FIFA world cup had advanced to the finals of EURO 202O without losing a single match. 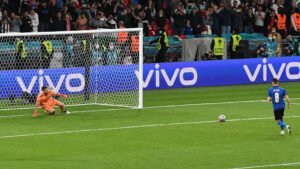 The Azzuri are now unbeaten in 33 games going into Sunday’s finals that they will face either England or Denmark who are playing in the other semifinal tie tonight at Wembley.