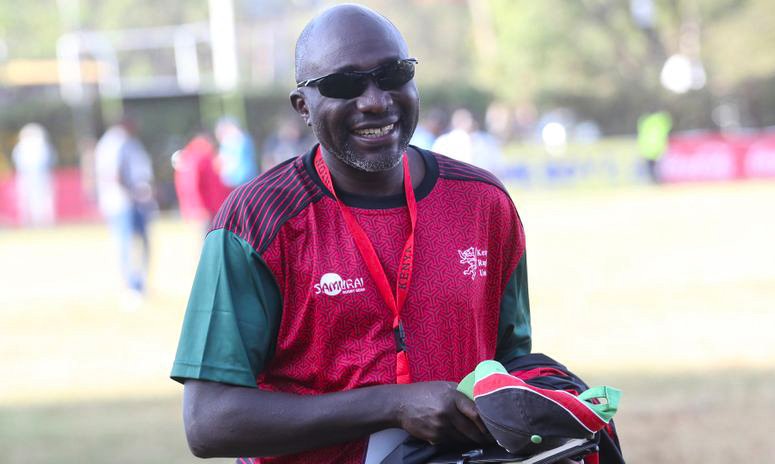 The Kenya Rugby Union on Tuesday evening announced that Kenya Simbas head coach Paul Odera had resigned, but the tactician himself has refuted the claims.

In a statement released by the Union, Odera had purportedly stepped down from his role as the national team coach, just a year after he was appointed to head the senior team having the led the juniors to the Barthes Cup title in 2019.

But all that seems to be controversy as Paul Odera himself says he has not resigned as the Kenya Simbas coach and as a matter of fact is still planning on the team’s qualification path to the Rugby World Cup in 2023.

“I am also surprised to see the statement that I have resigned. I have not written a resignation letter to the Union and also, they did not tell me when they were putting out the statement. There has been a back and forth but I have not resigned,” Odera said.

The coach’s tenure at the helm of the Simbas came increasingly under fire as the team suffered a shock defeat of 20-19 to Senegal in their first round match of the World Cup qualifier at the Nyayo Stadium three weeks ago.

Though the team bounced back to beat Zambia and qualify for the second round, there was an air of dissatisfaction with the coaching unit and pressure continued to mount on head coach Odera.

Also, there has been tense relations between Odera and the Union with issues surrounding remuneration and player call ups.

Odera who holds a World Rugby Level 3 Coaching Certificate and is also a World Rugby Coach Educator was named the Kenya Simbas head coach in September 2019.

He was appointed after enjoying a stellar campaign with the national Under-20 team, Chipu, having guided them to the Barthes Cup trophy in Nairobi before the team played at the Junior World Rugby Trophy in Brazil for the first time ever, where they won one match.

The tactician took over from Ian Snook who headed both the sevens and 15s set up. The New Zealander had resigned just prior to Odera’s naming.

Odera’s relationship with the Union went south in the build up towards the World Cup qualifiers after he had complained of lack of proper preparations with poor training and facilities before the double header against Senegal and Zambia.

Prior, Odera had led the SImbas to victory over Uganda in the Elgon Cup as well as a second placed finish in the Victoria Cup.