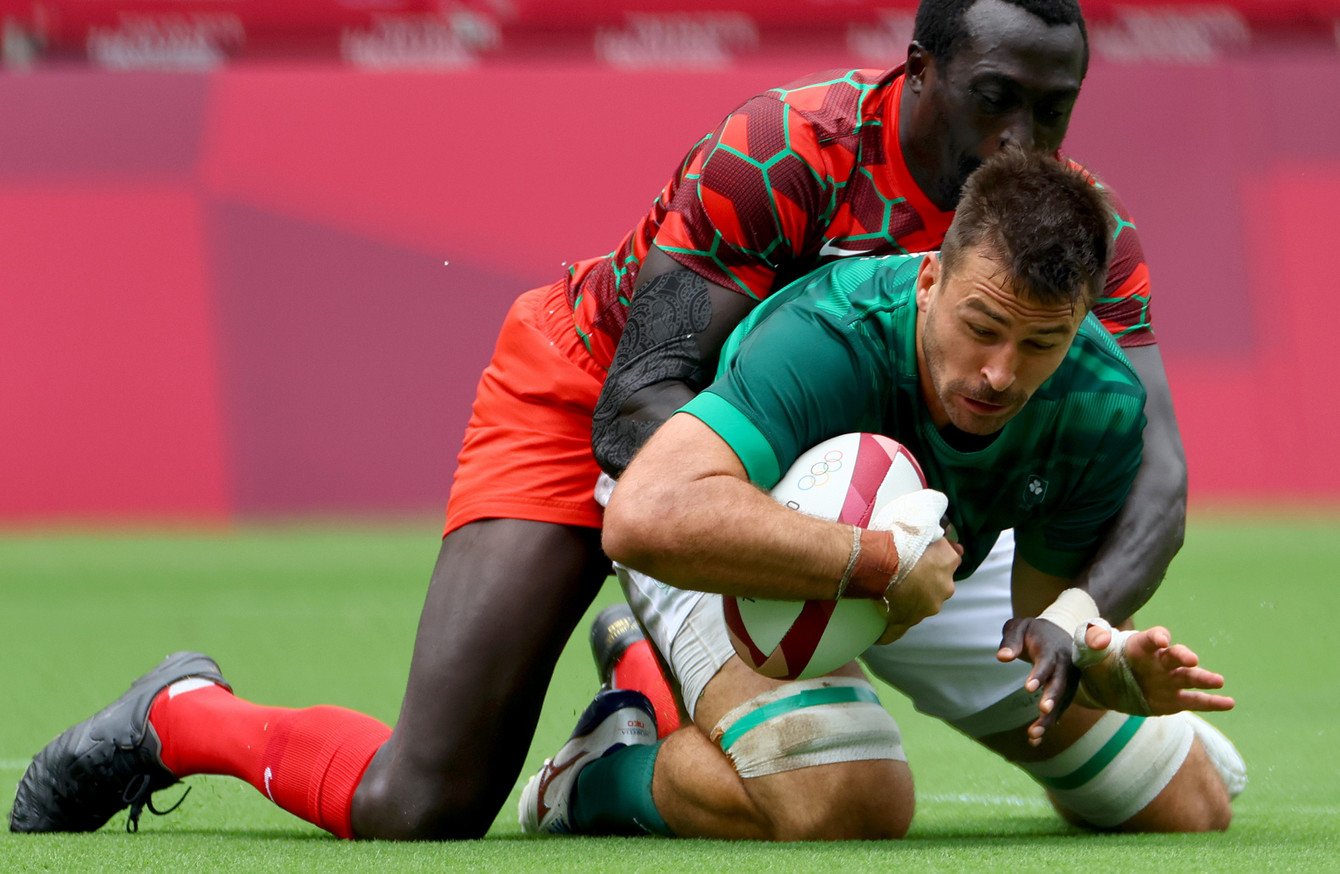 Kenya Sevens finished off their Tokyo Olympics campaign after winning the ninth place final, beating Ireland 22-0 in a re-match of their Group C clash which the Irish won 14-5 on Tuesday.

The Kenyan boys ran in four tries, one of which was converted as they bowed out with their second win of the tournament.

Johnstone Olindi scored the opening try for Shujaa before also converting as Kenya went to the break with a 7-0 lead. Coming back into the second half, they played with more vigour and pace and capitalized on Ireland’s fatigue.

Shujaa had seen their hopes of a Cup quarters quashed after the group loss to Ireland and now dropped to the play-off for ninth spot. They had earlier on beaten hosts Japan 21-7 in the ninth place semi.

Matsui Chihito had given the Japanese the lead with Kano Ryota converting for a 7-0 lead, but the Kenyans responded with Alvin Otieno’s try converted by Johnstone Olindi to even the tie before Jeff Oluoch converted and Olindi added the twos as Shujaa went to the break 14-7 up.

They would complete the job in the second half with skipper Andrew Amonde powering home for the third try, Olindi slicing the posts as the team completed a 2-17 comeback. 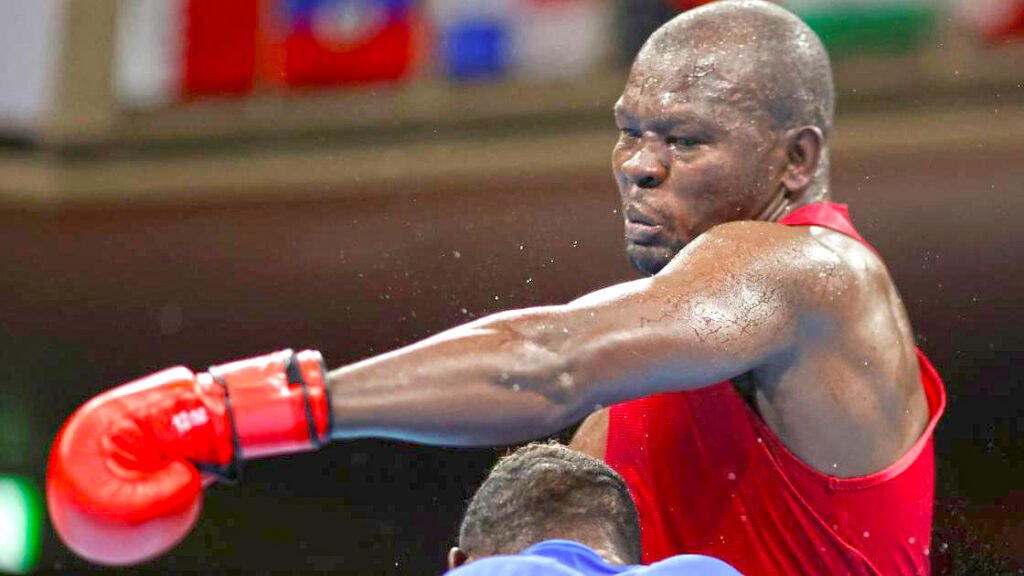 Meanwhile, Kenya’s hopes of vying for a medal in boxing were quashed after the remaining two boxers both lost their bouts.

Heavyweight boxer Elly Ajowi was overpowered Cuban Julio La Cruz in the round of 16 bout at the Kokugikan Arena in Tokyo and lost on a unanimous decision.

The Cuban’s tactical display of patience and precision was too much for Ajowi. The Cuban carded maximum 10 points in all the three rounds from the entire five-judge bench.

Elsewhere, Elizabeth Akinyi could not last beyond the first round as the referee stopped her bout against Mozambique’s Alicinda Panguana. The Mozambican had carded a maximum 10 from all the five judges after the first round.

Kenya had hoped to challenge for at least one medal in boxing, but all boxers have now been eliminated. Skipper Nick Okoth lost on the opening day of the boxing schedule before Christine Ongare also bowed out. 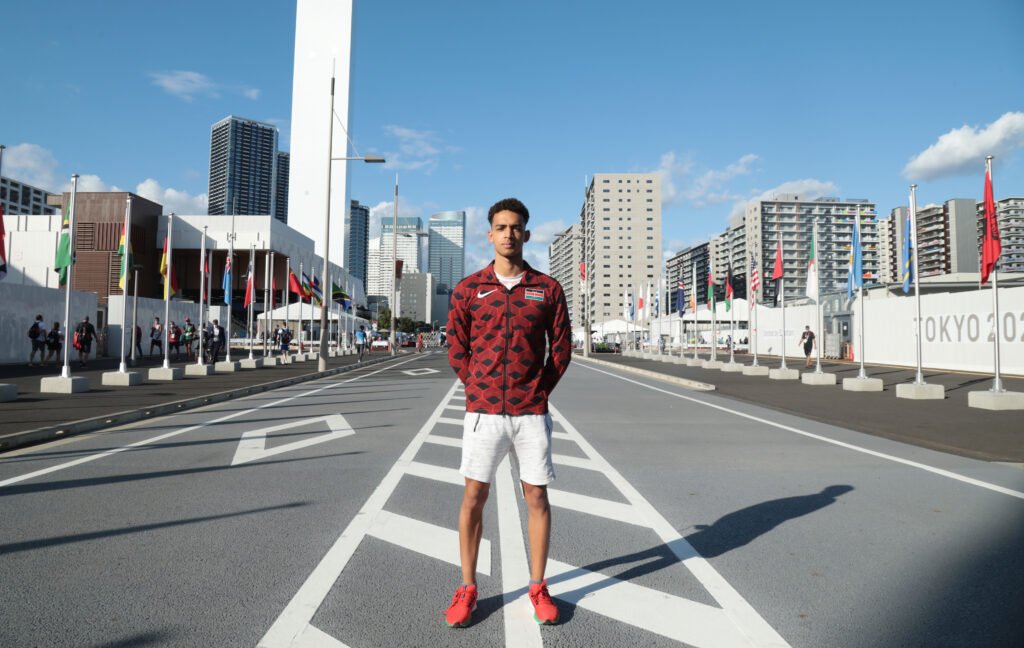 Meanwhile in swimming, Despite winning his heat in the men’s 1000m fresstyle swimming competition at the Tokyo Olympic Games, Kenya’s Rosafio Danilo failed to qualify for the semi-finals.

The Kenyan swimmer clocked 52.54 seconds to finish ahead of Stephens Jagger from Guam, but his time was not enough to rank among the top 16 across the nine heats.

Nonetheless, Rosafio was delighted with his performance being his first ever time at the Olympic Games, and says he is motivated ahead of next year’s Commonwealth Games.