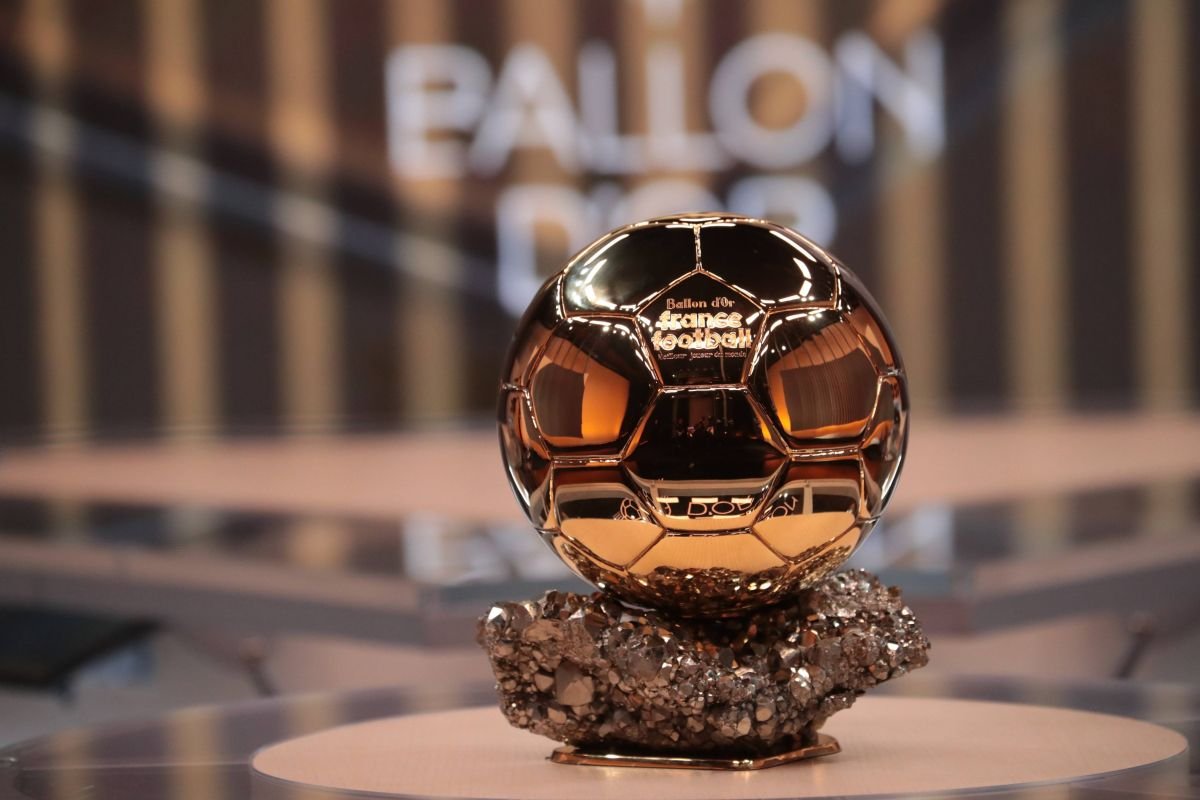 Ballon d’Or 2021: Shortlist, and Who Might Be The Winner?

With the football season finally now finished, and domestic football leagues yet to resume talk has already turned to the Ballon d’Or, with a number of candidates emerging during this summer’s Copa America and European Championship.

The Ballon d’Or is the most coveted individual award in world football, and everyone wants to win it. Englishman Sir Stanley Matthews was the first ever winner of the trophy, back in 1956, and Lionel Messi holds the record for the most Ballons d’Or won, with six, but who will win it in 2021?

Here at SportsLeo we have compiled a list, as well as a step to step understanding of this most prestigious award. Ballon d’Or.

Who Are The Favorite’s

Argentina superstar Lionel Messi, is the current outright favorite with the bookmakers to win the Ballon d’Or. Lionel Messi is not just the favorite to win this year’s Ballon d’Or, he’s becoming the prohibitive favorite. He was already the one the betting companies were behind prior to winning the Copa América, and event since have only turbo boosted him further. Messi already has six of the sport’s top individual honor, a record. But he is looking likelier and likelier to secure his seventh. 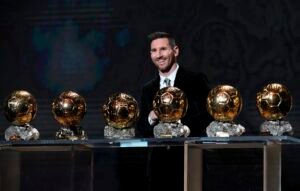 Messi’s odds are slashing to 4/6 with betfair after winning the Copa America. England and Tottenham striker Harry Kane is second favorite at 9/2, with Bayern Munich hitman Robert Lewandowski and PSG’s Kylian Mbappe are joint-third at 6/1.

Portugal and Juventus hero Cristiano Ronaldo who scoped the Top Scorer award at the Euro’s is at 8/1, while Neymar is at 9/1.

Also in with a shout are Chelsea midfielder Ngolo Kante and England winger Raheem Sterling at 10/1, while Kevin de Bruyne finds himself slightly further back at 16/1.

Other stars to keep an eye on all currently outsiders are Italy stars Ciro Immobile, Jorginho and Lorenzo Insigne.

Jorginho ,the much-maligned midfielder is a double European champion, having won the Champions League with Chelsea and the European Championship with Italy his odds are expectant to boost significantly.

Both the Champions League and international competitions tend to go a long way to determining the Ballon d’Or winner, so the former Napoli man probably has as good a case as anybody that he should be named the world’s best for 2021.

The first process is making a shortlist of 30 best footballers around the world as reflected by their performances in the calendar year. This shortlist is prepared by the editorial team at France football.

After the shortlist is prepared, a jury of sports journalists from across the globe is made, and they, in turn, are asked to give their vote to footballers already in the list. The jury is given the task to select the five best players in the world in the calendar year and they must rank these players in descending order. 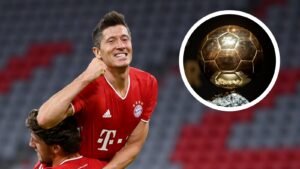 There are mainly three parameters that have been set for the jury to evaluate the players on before they cast their votes. These are- (i) individual and team performances, (ii)fair play and talent, and (iii) overall evaluation of the footballer’s career. Therefore a  30-man shortlist will be drawn up in October, which will be reduced to a final three-man shortlist closer to the event.

How is the Ballon d’Or decided?

The initial 30-man shortlist is compiled by the editors at France Football, the organizers of the event. Once that list has been completed, a selection of international journalists one representative from each nation and national team coaches and captains come together to decide the winner.

They are each asked to choose their top five players from the 30 selected, and order them from first to fifth based on: individual and collective performances during the year, player class and an overall view of the player’s career.

The player who is selected as the winner by each of the selection panel is awarded six points, second-place is given four points, down to one point for fifth place.

If it is a tie, the footballer who has got more number of votes in the first position is declared the winner.

When does the 2021 Ballon d’Or ceremony take place?

The 2021 Ballon d’Or ceremony will take place in December, although an exact date is currently unknown.

Where will the 2021 Ballon d’Or ceremony take place?

It is unknown where the ceremony will take place as of yet. The most recent ceremony, in 2019, took place in Paris.

Who will present the 2021 Ballon d’Or ceremony?

It is currently unknown who will present the ceremony. Sandy Heribert and Didier Drogba were the most recent hosts of the event.

The 2020 Ballon d’Or was controversially cancelled due to the coronavirus pandemic. The pause in world football in March 2020 caused uncertainty over whether games would be played and if the season would be finished.

Indeed, both Ligue 1 and the Eredivisie ended their seasons early due to the pandemic, while international competitions like Euro 2020 were postponed. 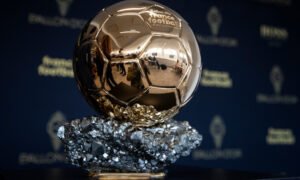 The Ballon d’Or was cancelled on 20 July 2020, with France Football revealing the reason it would not be held was due to the “lack of a sufficiently level playing field” caused by the virus.

They added: “We did not want to put an indelible asterisk on the prize list as ‘a trophy won in exceptional circumstances due to the health crisis of Covid-19’.

“Protecting the credibility and legitimacy of such a prize also means guaranteeing its irreproachability over time.”

Bayern Munich’s Lewandowski was the favorite for the award had it not been cancelled.

What is the Women’s Ballon d’Or?

Alongside the men’s award, there is also a women’s Ballon d’Or that was introduced in 2018.

Like the men’s award, journalists from around the world vote on who has been the best player in the world during the calendar year. Lyon striker Ada Hegerberg won the inaugural women’s Ballon d’Or in 2018 and Megan Rapinoe lifted the prize in 2019.

The women’s ceremony was also cancelled in 2020 due to the coronavirus pandemic.

What was the FIFA Ballon d’Or?

The FIFA World Player of the Year had been an award between 1991 and 2009, with both Ronaldo Nazario and Zinedine Zidane winning it three times, before it joined with the Ballon d’Or in 2010.

Messi won the first-ever joint award, and retained it in 2011 and 2012 as well, with Cristiano Ronaldo winning successive awards in 2013 and 2014, before Messi won the final iteration of the award in 2015.

For 2016, FIFA and France Football parted ways, with the Ballon d’Or back to being its own independent award. FIFA, meanwhile, resurrected its previous award under a new name: The Best FIFA Men’s Player.

Lewandowski is the current holder of this award after winning it in 2020.

Ballon d’Or 2021: Shortlist, and Who Might Be The Winner?