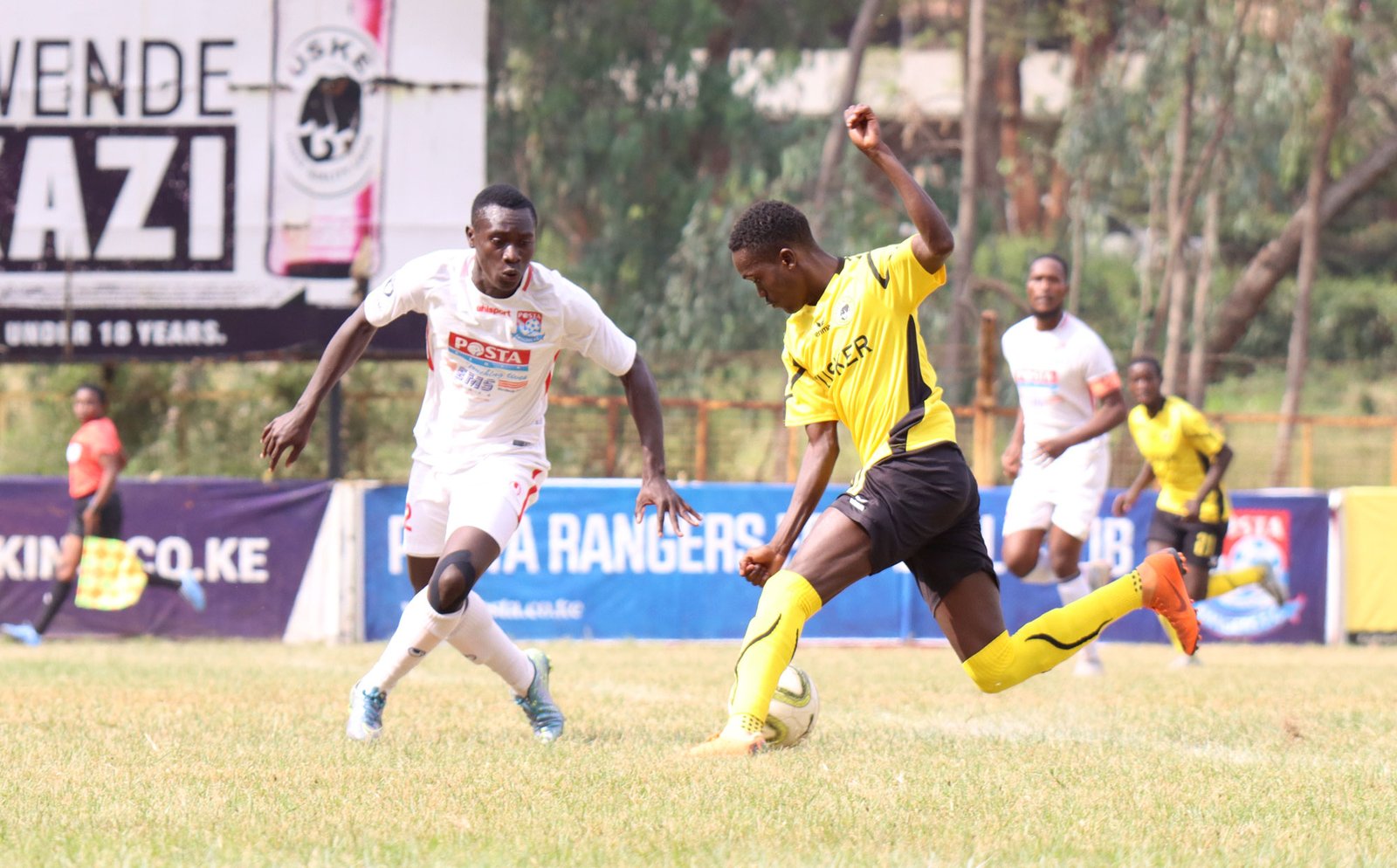 Leaders Tusker FC missed out on the chance to extend the gap on top of the BetKing Premier League standings after suffering a 1-0 defeat at the hands of Posta Rangers on Tuesday evening. The brewers suffered only their third loss of the season, but it was a massive blow in their title hunt.

Tusker should have gone five points clear and comfortable on top with victory at their Ruaraka home ground, but instead remained just two points shy of the chasing pack who can go top on Wednesday if they earn victories in their matches on Wednesday.

The brewers were punished for one mistake and many missed scoring opportunities, as Josephat Lopaga stepped off the bench to score the winner with just 11 minutes of the game to play.

“It is not a good loss for us and I think we have slowed down our pace to the title. We were punished because of one mistake but this is not the end of it. We will try and regroup to get better in the next match,” a visibly dejected coach Robert Matano said after the match. 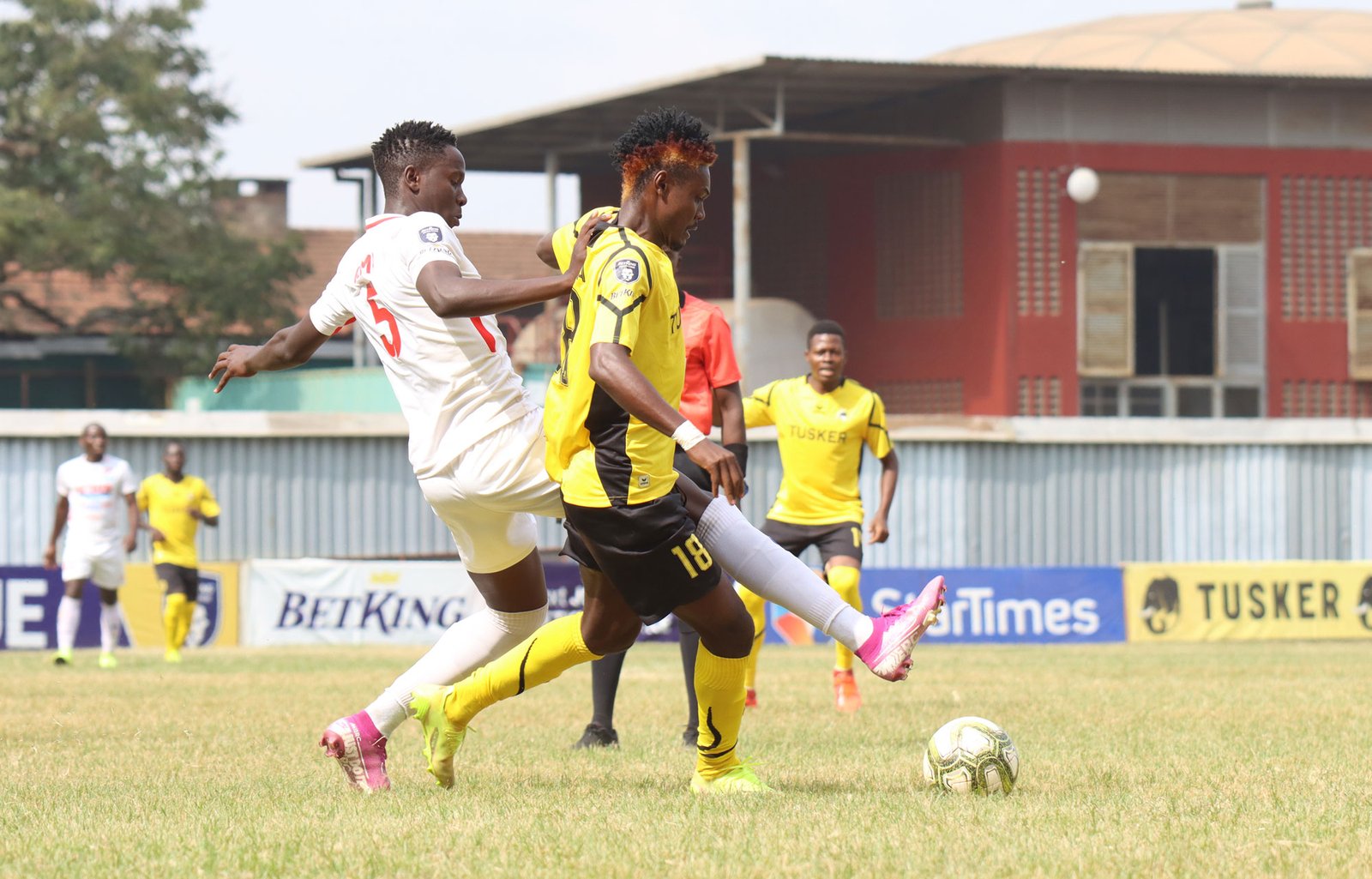 Tusker had the best and most of the chances in the game, especially in the first half. They were faster off the blocks with top striker Henry Meja twice testing the keeper, his first shot at goal flying wide while his second was saved off.

Posta keeper Kevin Opiyo made two quick saves, later on, first denying Boniface Muchiri’s low shot from inside the box while a minute later, he dived well to his right to turn behind Humphrey Mieno’s volleyed shot for a corner.

An intricate Tusker move in the 20th minute almost opened up for the first goal, but Henry Meja’s flick at the near post after racing into a Kevin Monyi low cross came off the side netting. 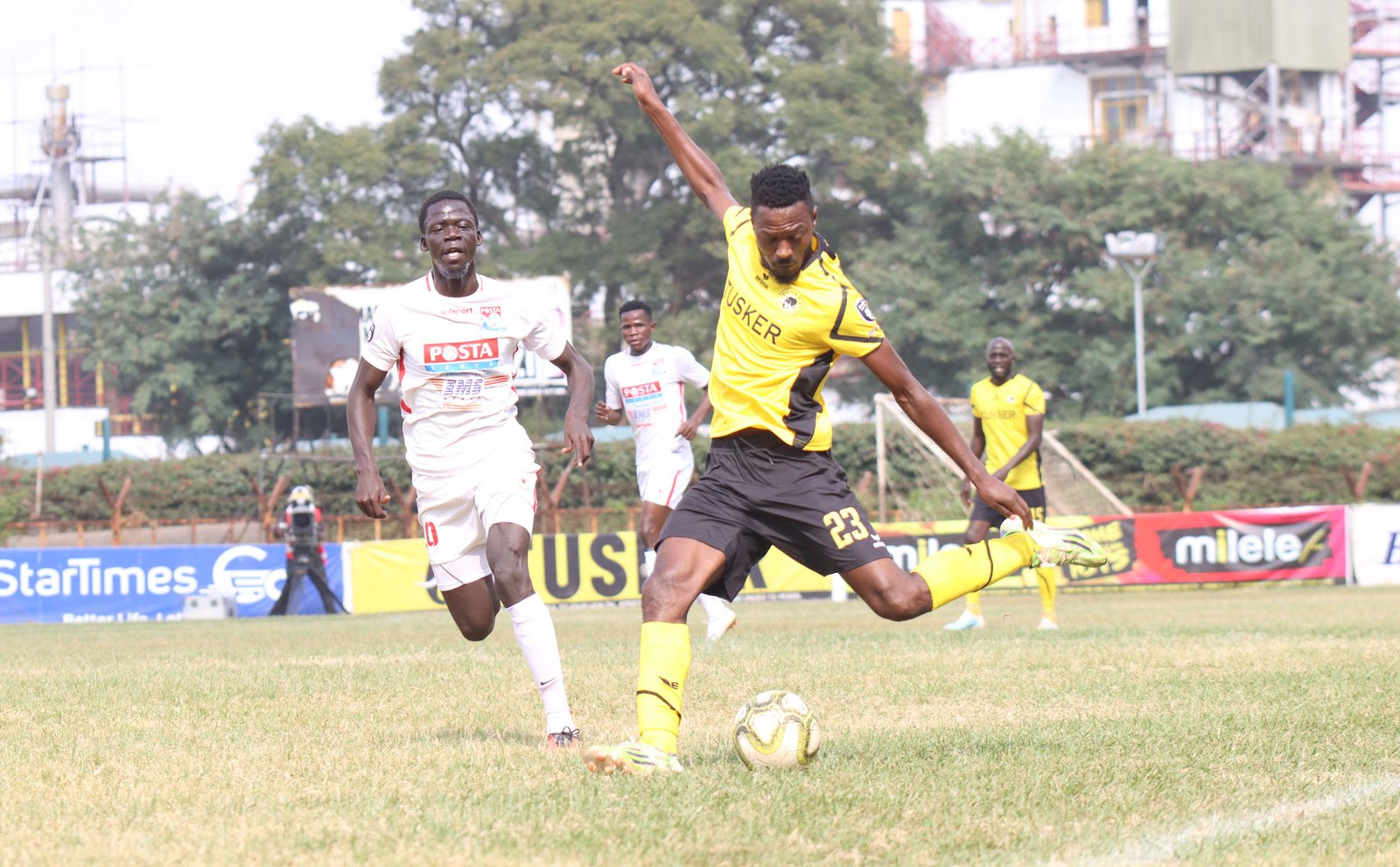 Tusker were pinning Posta in their own half and they came closest in the 33rd minute when Rodgers Aloro’s well-struck freekick after Henry Meja was fouled came cracking under the crossbar with the keeper well beaten.

They had another golden chance off another set-piece a minute to the break when Sammy Meja stood behind a dead ball, but his curling effort bounced inches wide with the keeper beaten hands down once again.

Tusker boss Robert Matano sought to make tactical changes in the second half and he overhauled his entire midfield, Faraj Ominde and Hashim Sempala coming off for Apollo Otieno and Jackson Macharia.

Brian Marita also limped off injured and was replaced by Eric Zakayo.

The brewers pinned the ball deep into Posta’s half, but the mailmen were disciplined and never pulled off their defensive shell.

It was on the counter that they would hurt Tusker, but much thanks to a defensive error. Aloro picked up the ball in midfield, a seemingly harmless pass from a teammate, but his heavy first touch let him down with Lopaga picking the ball, sprinting upfield and striking past Mike Wanjala.

Tusker started playing with more urgency, but couldn’t get anything to scrape away even a point from the game. 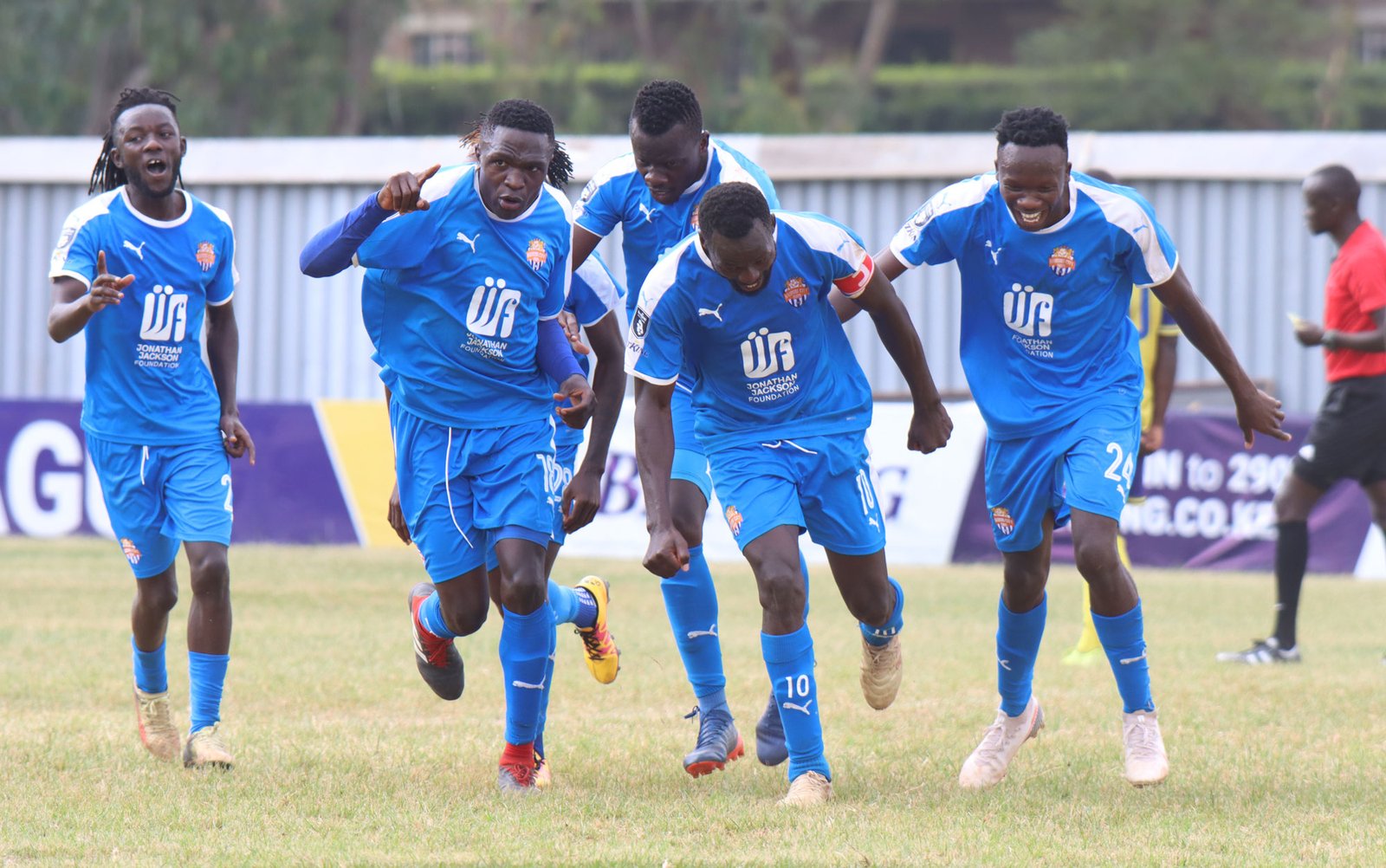 Meanwhile, in the early kick-off, Western Stima blew a golden chance of lifting themselves off the bottom of the standings when they conceded two goals in the last six minutes of the game to lose 2-1 to Nairobi City Stars.

Stima were leading 1-0 and were well on the way to pick three massive points after Rodgers Ouma had given them the lead, but they couldn’t hold on with Eric Ombija scoring off the bench in the 84th minute before Peter Opiyo’s penalty in the 89th minute sealed the victory for City Stars.

“It was like the referee had a fixed mind coming into the game. Some of the decisions he made were very questionable. We lost but my players fought like warriors. Had the officiating been better we would be walking out winners today,” the coach stated. 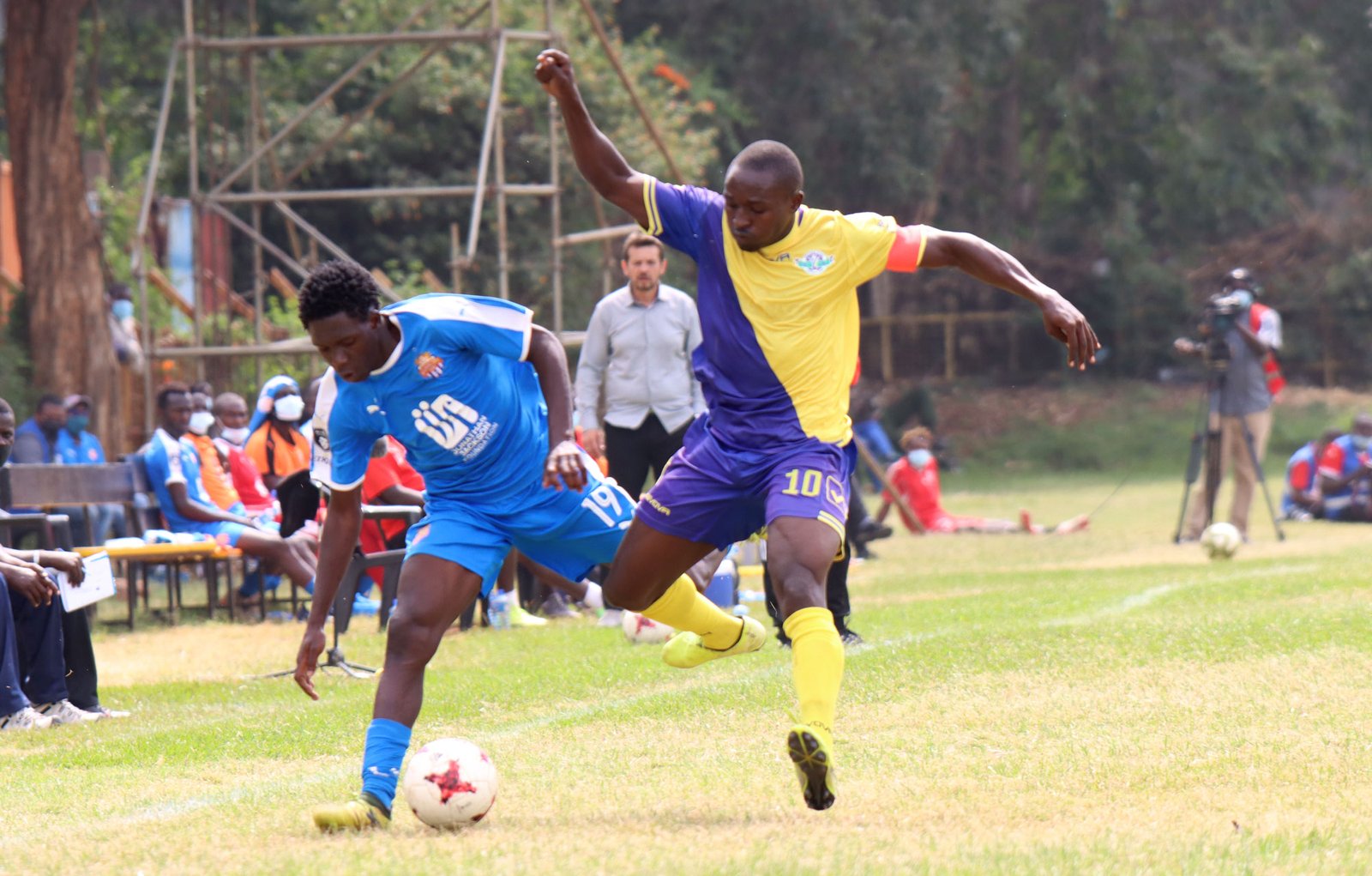 Stima got into the lead six minutes to halftime off a counterattack. Baron Oketch used his speed to wheel away on the left before cutting in a low cross that Ouma tapped home from a yard out.

But City Stars came back better in the second half and had to wait till the 84th minute to draw level. Stima failed to convincingly clear away a cross and Ombija gladfully volleyed the ball home from inside the box.

They were punished a minute to fulltime when the referee awarded a penalty for a handball inside the box and skipper Opiyo stepped up, sending the keeper the wrong way to assure maximum points for City Stars who moved eighth in the standings with a third consecutive win.