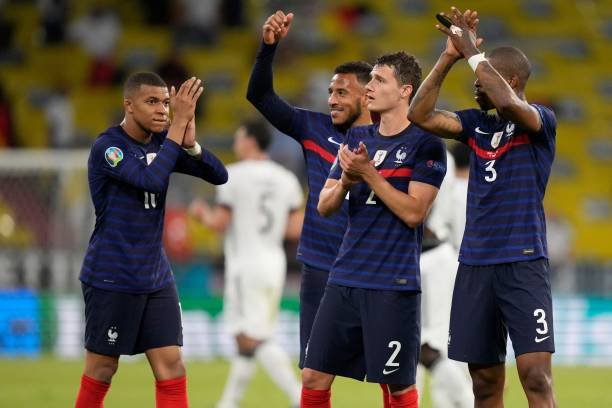 A Mats Hummels own goal in the first half was enough to gift France their first win over Germany in their UEFA EURO 2020 Group F match on Tuesday night.

The World Champions however only sit second in their pool behind Portugal who scored three late goals to win 3 0 over Hungary in the other Group F game.

It was the first time that Germany had lost their opening group stage game in the European championship as they failed to capitalize on their chances in front of goal.

Adrien Rabiot came close to extending France leads but he was unlucky as his left-footed shot only hit the outside of the post. The Juventus midfielder would have squared a pass to Paris Saint Germain winger Kylian Mbappe who was open on the right side but his efforts to score a goal bore no fruits. 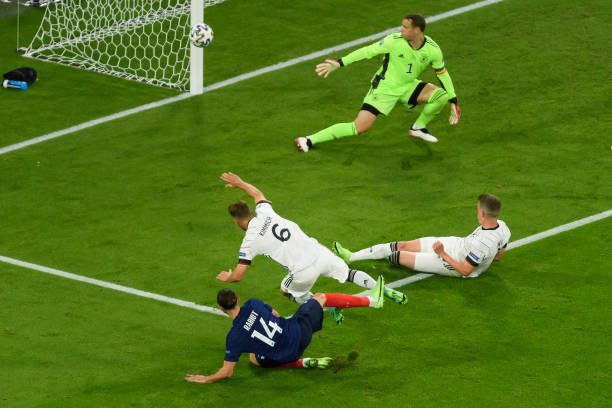 Manchester City midfielder Ilkay Gundogan had a clear shot to level the scoreline after Serge Gnabry hooked a pass for his German teammate but the former Borussia Dortmund player drove his shot wide.

Bayern Munich winger Gnabry also came close to finding the back of the net in the 53rd minute but his right-footed shot ended on the top of the roof of the net.

France seemed to have put the game to bed when Mbappe squared a pass for Real Madrid striker Karim Benzema after a lung-bursting run who lashed it at the back of the net but VAR ruled the goal for offside.