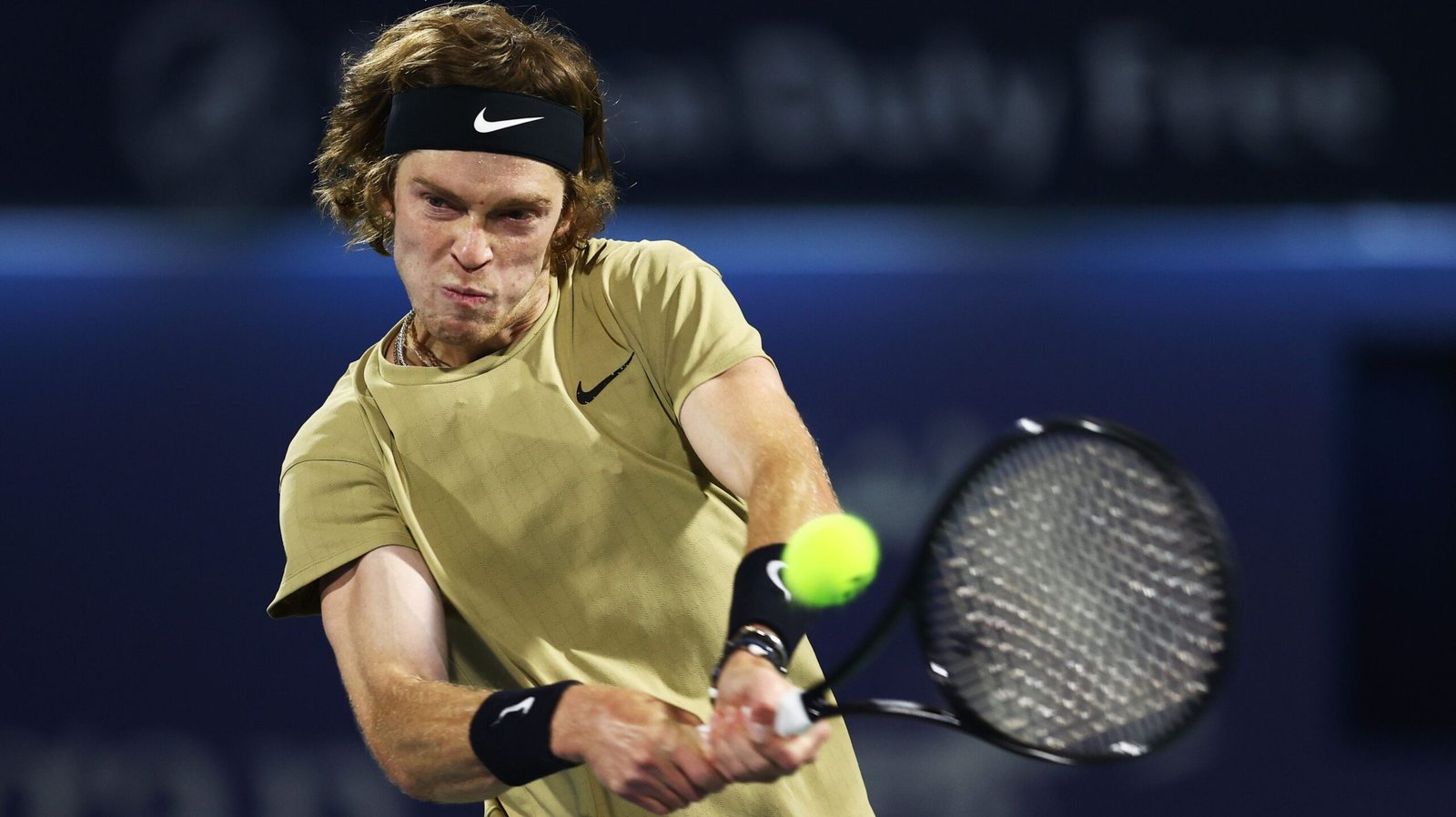 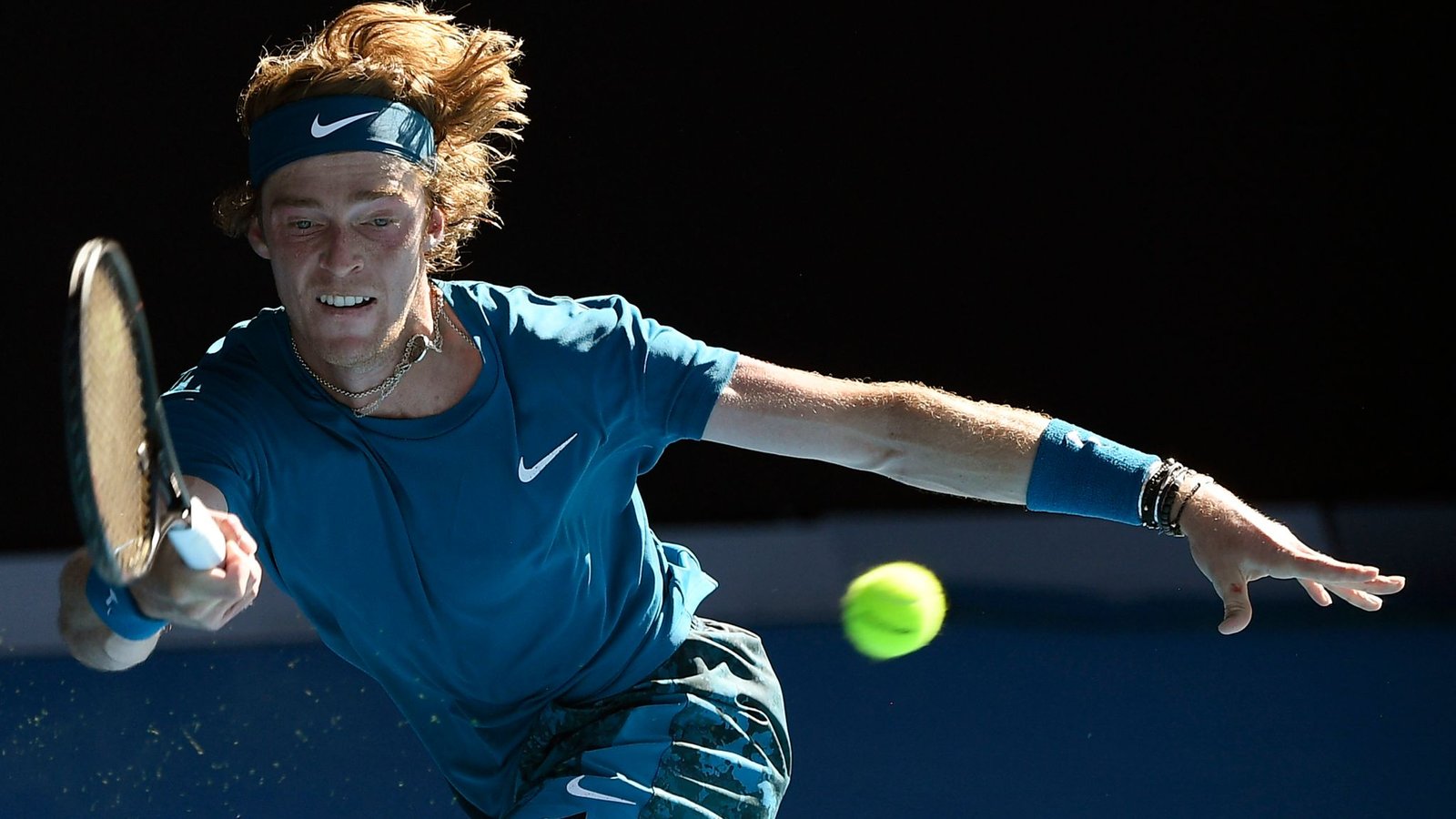 Andrey Rublev is a 23 years-old Russian professional tennis player. He was born on 20th October 1997, in Moscow, Russia.

Andrey has a special talent in tennis and that has enabled him to grow higher career-wise. He has impacted a lot of positivity to all those aspiring to play tennis in future.

Rublev has bagged several achievements out of successful tennis tournaments. He broke into the top 10 of the ATP Tour in October 2020.

The tennis sensation has interestingly won eight ATP singles titles. He as well has a career-high double ranking on No. 74. Andrey achieved that on 6th January 2020. He is a winner of two doubles titles.

Rublev began playing tennis at a young age. In his junior career, he won the 2014 French Open singles title. He defeated Jaume Munar in the final.

The tennis icon additionally won a bronze medal in singles and a silver in doubles at the 2014 Summer Youth Olympics in Nanjing.

Interestingly, Rublev has achieved ten victories over the top 10 players. That is in the inclusion of Roger Federer, Rafael Nadal and Dominic Thiem.

Moreover, Andrey has reached the quarter-finals of the Australian, French and US Opens and the semi-finals of the Davis Cup with Russia.

He won his first of two doubles titles at the 2015 Kremlin Cup with Dmitry Tursunov, and among his singles titles are home victories in Moscow and St. Petersburg.

In the year 2014 Andrey Rublev debuted at the Bulgaria F6 Futures. That is when he reached the quarterfinals.

He continued his career in Bulgaria, where he again reached the quarterfinals but became runner-up in doubles.

In the year 2015, Rublev entered the first ATP tournament in Delray Beach. There, he reached the second round. Unfortunately, he was knocked down in two straight sets by Steve Johnson.

Rublev started the 2016 ATP World Tour at the Chennai Open, losing to Stan Wawrinka in the second round.

He reached only the first and second rounds of ATP 250 and Challenger tournaments. In March this poor performance led to his decision to part ways with his coach.

Andrey went on to blossom in his career season after season. In the 2017 ATP World Tour, he reached the second round of the Australian Open after qualifying.

On the way, he beat 60th-ranked Yen-Hsun Lu but then lost to Andy Murray. Rublev was successful in some Challenger tournaments.

At the 2018 season in Doha, the tennis star went to the final. Eventually, he lost in straight sets Gael Monfils. Next, he reached the round of 32 of the Australian Open, where he was seeded for the first time in a Grand Slam event at No. 30, but lost to third seed Grigor Dimitrov, in four sets.

In 2019, Andrey began by making the round of sixteen in Doha. That was at a tournament in which he had been the runner-up in the previous year.

The unfortunate loss came at the hand of the fifth-seeded Nikoloz Basilashvili who defeated Rublev in straight sets in only 61 minutes.

Moreover, in the 2019 Australian Open, Rublev lost in four sets in the first round to American Mackenzie McDonald.

Rublev started his 2021 season with a title at the ATP Cup, a country-based team event while playing for Russia.

Being one of the most competent tennis players, Andrey has a mouthwatering net worth. He reportedly has an estimated net worth of $5 million. This is from his tennis career and several endorsements deals.

Reports have it that the tennis player earns $1,533,338 annually out of his career. 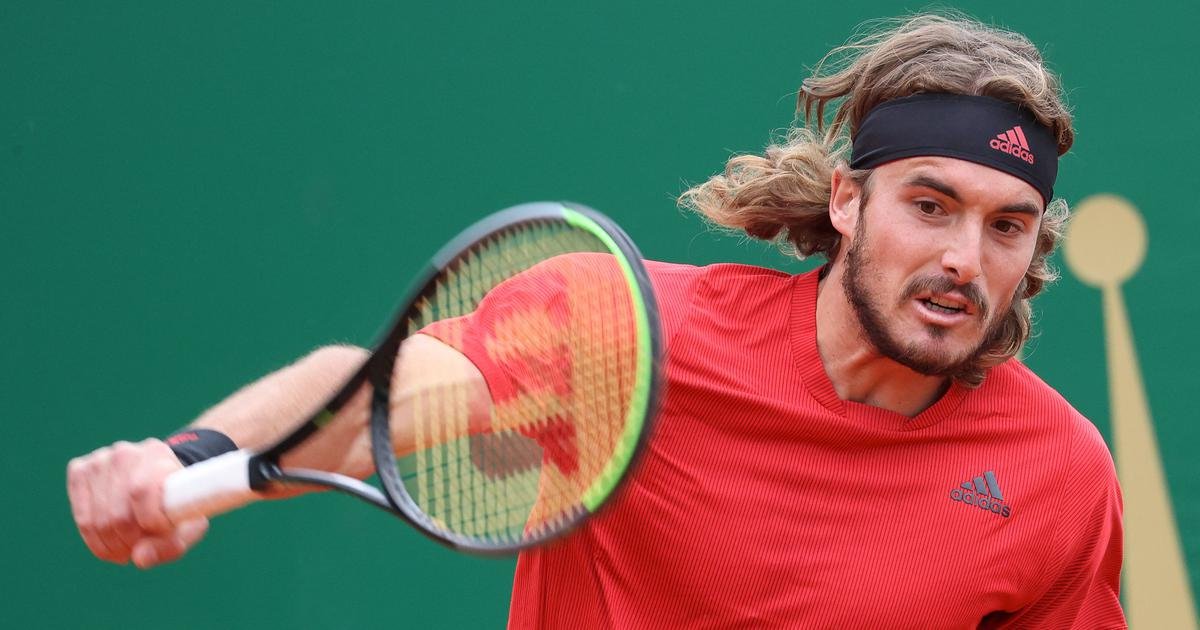 Rublev has had several endorsements deals with global brands. One of the deals is with the leading sports apparel brand dubbed Nike. He as well has a sponsorship deal with major tennis equipment, Wilson.

Additionally, he is also signed as an IMG athlete. Andrey has as well partnered with the 4 Slam Tennis Academy.

The Russian player is reportedly not yet married. However, it is further said that he is in a relationship with one, Anastasija Homutova.

Information about the tennis player’s involvement in any charity work is not revealed.