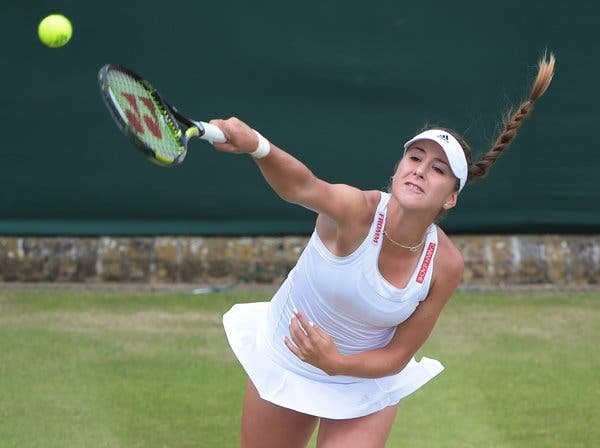 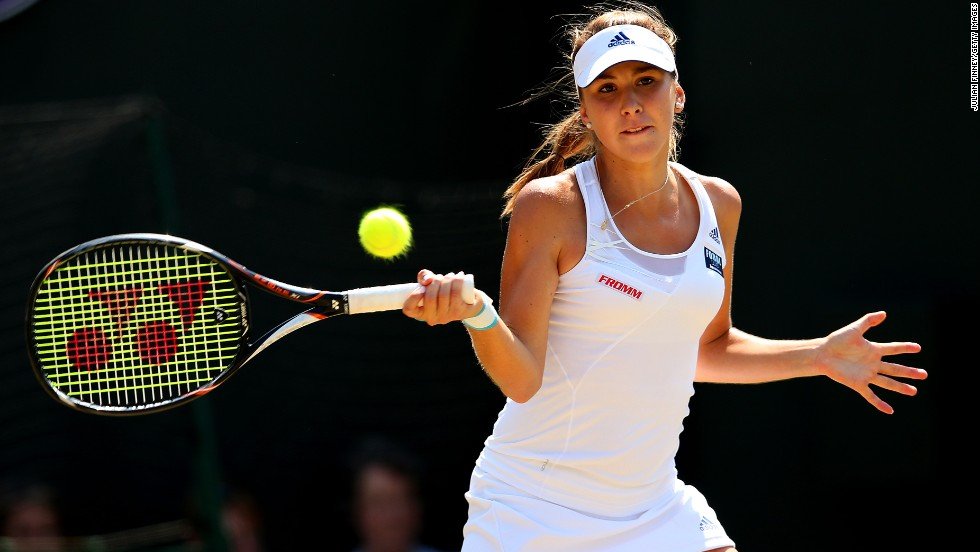 Belinda Bencic is a 24 years old Swiss Professional tennis player. She was born on 10th March 1997, in Flawil, Switzerland.

Belinda’s parents are Ivan Bencic and Daniela Bencicova. She also has a sibling named Brian Bencic. She has a height of 1.75m.

The tennis sensation is a force to reckon with in the tennis field. Her special talent has put Switzerland on the map. She has been a big inspiration to all the tennis aspiring players.

Bencic has bagged several awards for her good performance in tennis. She is recognized and celebrated globally. Her prowess in tennis is one of a kind and rare.

The tennis starlet has a career-high ranking of No.4. That is by the Women’s Tennis Association (WTA). She achieved that in February 2020.

On the WTA Tour, Belinda has won four singles and two doubles titles. She began playing tennis at the age of two.

By the time she hit 16 years, Bencic became the No.1 ranked junior in the world. She as well won two junior Grand Slam singles titles at the French Open and Wimbledon.

That motivated her to move on with her tennis career and to do even better.

The tennis starlet’s big breakthrough came at the 2014 US Open. There, she became the youngest quarterfinalist since Hingis in 1997.

In the year 2015, Bencic won her first two WTA titles. That was in the inclusion of the Canadian Open, where she defeated four of the top six players in the world.

From 2016 through 2018, Bencic struggled with a variety of injury issues, most notably needing to have wrist surgery in 2017. Due to that unfortunate incident, she was out for five months. That saw her ranking drop outside the top 300.

However, she rebounded quickly and rose back into the top 50. That was within a year of her comeback.

She then posted her best season to date in 2019, winning her second Premier 5 title at the Dubai Tennis Championships.

Belinda reached her first Grand Slam semifinal at the US Open, qualifying for her first WTA Finals where she reached the semifinals.

Moreover, she finished the year inside the top 10 for the first time, which helped her win the WTA Comeback Player of the Year award.

On to career progression, Belinda had a strong start to 2019. That was despite having to be outside the top 50. The tennis player reached the semifinals at Hobart International. She also made it to the third round at the Australian Open.

Her next breakthrough came at the Dubai Tennis Championships. As an unseeded player, she defeated four top ten players in the last four matches to win her third WTA singles title and second at the Premier 5 level.

Bencic continued her winning streak with a semifinal appearance at the Indian Wells Open. There, she outshined Naomi Osaka.

At the Madrid Open, Bencic produced another Premier Mandatory semifinal. That was in the lead-up to the French Open. After the tournament, she moved up to No. 15.

At the French Open, she advanced to the third round for the first time, where she was defeated by No. 24 Donna Vekić.

During the grass-court season, Bencic made her second WTA final of the year at the Mallorca Open. Unfortunately, like at the Australian Open and the French Open, she lost in the third round at Wimbledon.

The tennis player reached the third round of the 2020 Australian Open. However, she lost to Anett Kontaveit with a score of 0-6, 1-6.

In February 2021 she reached the final of the WTA 500 2021 Adelaide International event.

According to reports, Belinda has an approximate net worth of $5 million, as of the year 2021. That is purely from her professional tennis career. In eight years of her profession, she has reportedly earned over $8 million in prize money.

In eight years of her profession, she has reportedly earned approximately over $8 million in prize money. 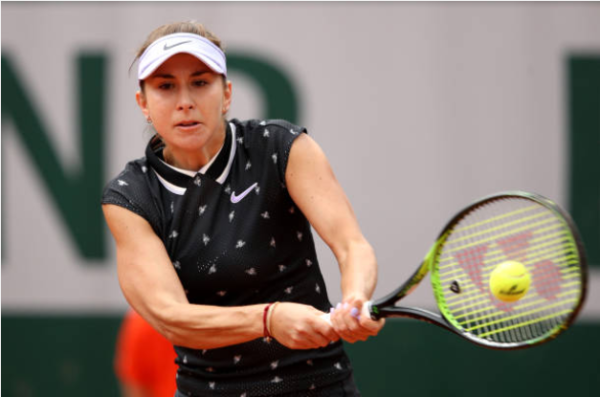 Bencic has had several endorsements deals with several brands. She was endorsed by Adidas for clothing and footwear from 2011.

Though not married yet, Belinda is reportedly in a relationship with a professional footballer named Martin Hromkovic.

As part of her charity work, the tennis player donated money for every double fault she committed during the first few tournaments of the year. That was in 2020. The donation went to those affected by the Australian bushfires.