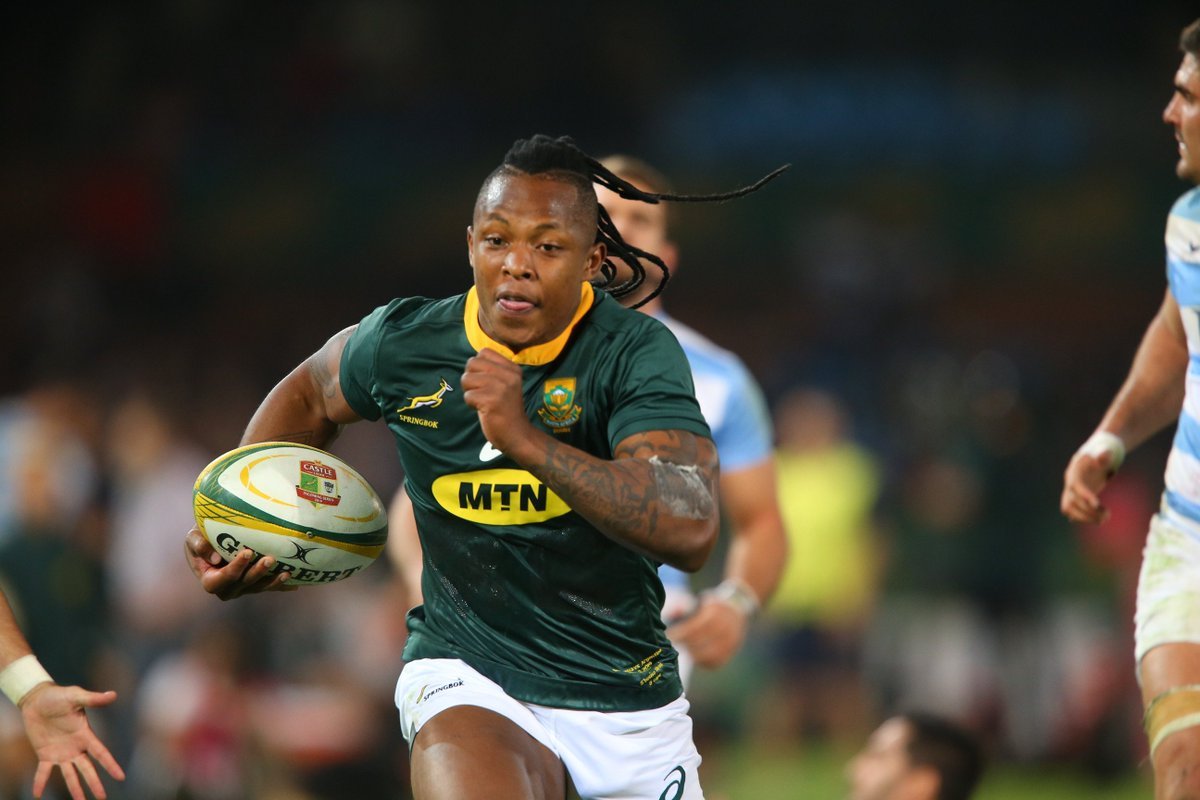 Nkosi replaces the hot-stepping Cheslin Kolbe who has not recovered sufficiently from the ankle injury he suffered against Canada and aggravated in the quarterfinal victory over Japan (26-3) in Tokyo on Sunday.

The 23-year-old Nkosi – who has scored eight tries in his 10 Test appearances – slots into the rightwing position as a direct replacement for Kolbe.

“It’s disappointing not to have Cheslin available as he has been brilliant for us since we first called him up last year,” said Rassie Erasmus, South Africa’s director of rugby.

“But we rate Sbu and he will slot straight in. I am as excited to see what he can do as I would be if ‘Chessie’ were playing. Sbu has been very close to selection as it is.”

Nkosi has made two appearances in the tournament, against Namibia and a try-scoring show against Canada – on the left wing – to follow up try-scoring appearances against Australia and Argentina (two tries) in the two South African home Tests in 2019.

His injury-enforced inclusion is the only change to the 23 that had been entrusted to ensure second place in the pool (against Italy) and to secure a semifinal place (against Japan).