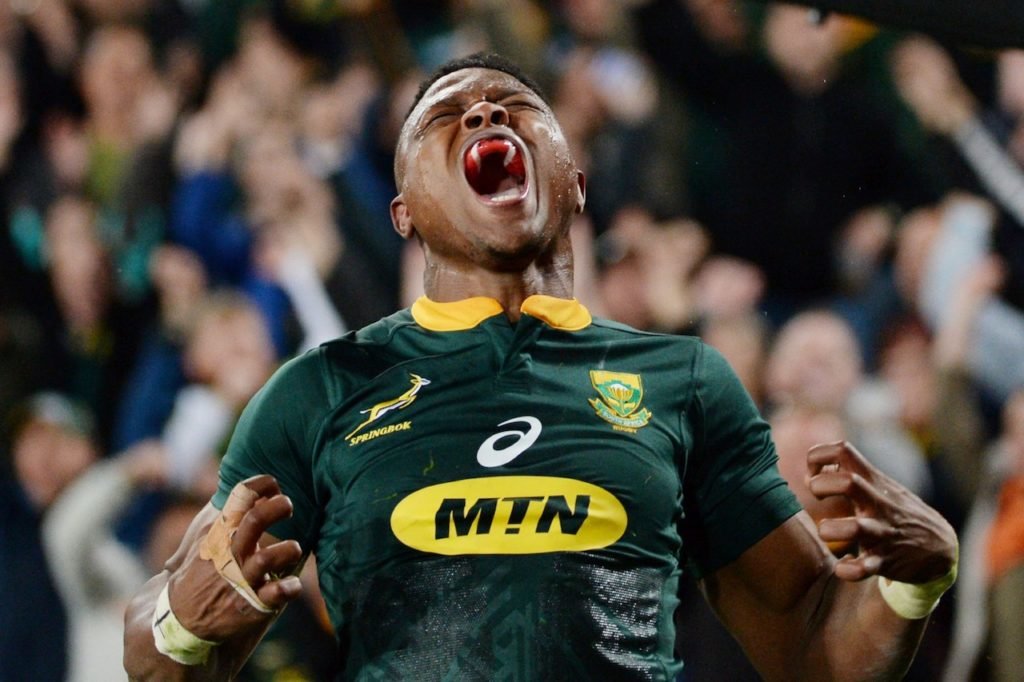 The top four nations on the World Rugby Men’s Rankings will contest the Rugby World Cup 2019 semifinals after South Africa climbed one place to fourth on the back of ending the dreams of hosts Japan.

New Zealand are the only team to remain stationary in the top five, increasing their rating by 1.5 points after sweeping aside Ireland 46-14 in the second quarterfinal on Saturday.

England, their semifinal opponents, now lead the chasing pack after climbing above Wales on the back of their 40-16 defeat of Australia – the margin of victory meant Wales would be unable to overhaul them even had they beaten France more convincingly than 20-19.

Ireland’s defeat had lifted South Africa into fourth and they retain that position after beating the Brave Blossoms 26-3 at Tokyo Stadium.

Japan had briefly risen to their highest-ever ranking after Australia’s loss to England, but their defeat 24 hours later saw the Wallabies regain that place.

France also climbs one to seventh, despite losing to Wales, albeit only because they lost fewer rating points than the Brave Blossoms.

Away from Japan, there were four matches in the Rugby Europe International Championship over the weekend, although Serbia’s 30-15 defeat of Turkey in Conference 2 South and Croatia’s 25-20 victory over Cyprus in Conference 1 South do not count towards the rankings as both teams are not full member unions of World Rugby.

The Czech Republic were the biggest climbers of the week, rising two places to 36th on the back of a 36-7 defeat of hosts Luxembourg in Conference 1 North. Luxembourg falls five places as a result, down to 62nd.

The Conference 1 South encounter between Slovenia and Israel ended in a 28-28 draw in Ljubljana, a result which improved the hosts rating as the lower-ranked team, but not enough to lift them from their position of 71st.

During RWC 2019, where points exchanges are doubled to reflect the importance of the tournament, the World Rugby Men’s Rankings will update after every match.