Solid day one for the Dolphins against Knights 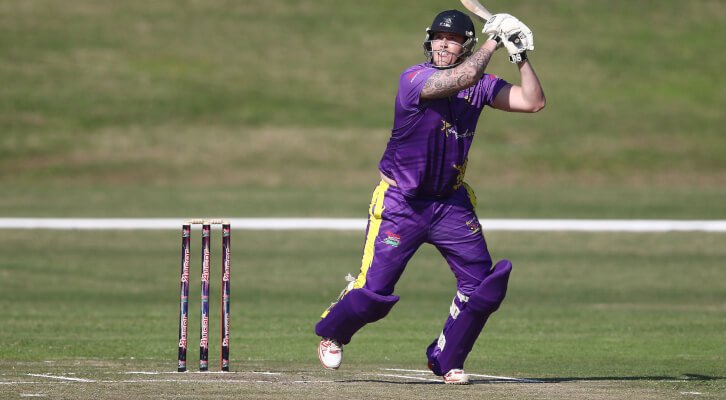 The Dolphins showed signs of their potent batting ability during the opening day of the CSA 4-Day Domestic Series clash with the Knights at the Mangaung Oval in Bloemfontein, as they finished the day on 333/7.

Batting first the Dolphins lost the dangerous Vaughn van Jaarsveld for 13, however, it was youngsters Marques Ackerman and Jason Oakes who steadied the ship after the early loss.

The pair put on 87 runs for the second wicket with Oakes continuing on from his half-century last week. He was eventually caught by Knights captain Pite van Biljoen off the bowling of leg-spinner Shaun von Berg for 37.

Ackerman seemed to be in a fluent mood as he caressed the Knights bowling to all parts on his way to a second half-century in three innings. He looked well on track for a first hundred of the season but fell for 88 off just 96 deliveries.

Cody Chetty was also in good shape and he and Ackerman added 73 runs for the third wicket before the latter was dismissed.

Chetty also fell short of a milestone, he was bowled by Gerald Coetzee for 48. Coetzee then bagged the wicket of Sibz Makhanya the very next delivery and the Dolphins were pegged back to 194/5.

Captain Khaya Zondo was watchful as he and the returning Robbie Frylinck began to rebuild the middle of the innings.

The combination put together another strong partnership for the Dolphins that yielded 127 runs before Frylinck was dismissed for 78.

Prenelan Subrayen becomes the second first ball victim of the innings, caught by the keeper off the bowling of Coetzee.

Captain Zondo registered a crucial half-century, finishing the day on 63 not out. It was a patient knock from Zondo who will continue in the morning with Smangaliso Nhlebela who was two not out at the close of play.