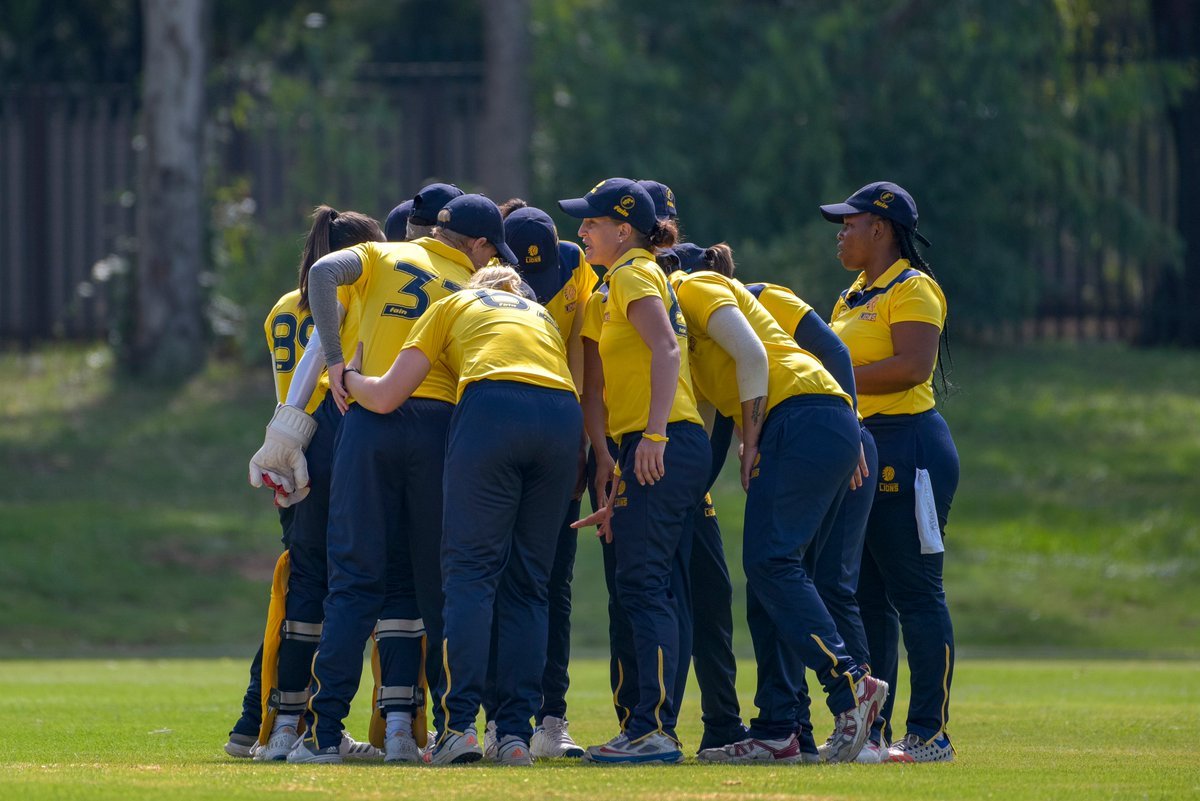 Central Gauteng were the victors over North West Dragons at Cricket SA’s Women’s Provincial T20 competition in Potchefstroom on Sunday.

Dragons won the toss and elected to bowl first with Central Gauteng eventually reaching a total of  134 in their allotted overs.

Robyn Searle and Nonkhululeko Thabethe were key for Gauteng with a fourth-wicket partnership of 27 runs off 35 balls.

Robyn then combined with her younger sister Jenna Searle in another crucial partnership. The pair went on to compile 64 runs off 45 balls, both batting to the end of the innings.

Robyn Searle made an undefeated 52 while Jenna ended with 28 not out.

The set target of 134 would be enough for the Central Gauteng Lions as they restricted the home side to 124/2.

Alysia Rudolf was the pick of the bowlers with 3/31 in five overs.

“I really enjoyed batting and it was nice to contribute to the win today, we had a tough season last year and it’s great to have a good start in this format,” said Robyn Searle.

“I batted at number four as an anchor as we lost three quick wickets in front, it was my job to bat through.

“Thankfully the partnerships with Jenna and Nonkhululeko Thabethe, who took the pressure of me by scoring above 100 strike-rate, allowed me to play the anchor role for the team.

“It was great to share a partnership with my younger sister, I love batting with her and the two of us have understanding.”