10 most expensive football transfers of the summer 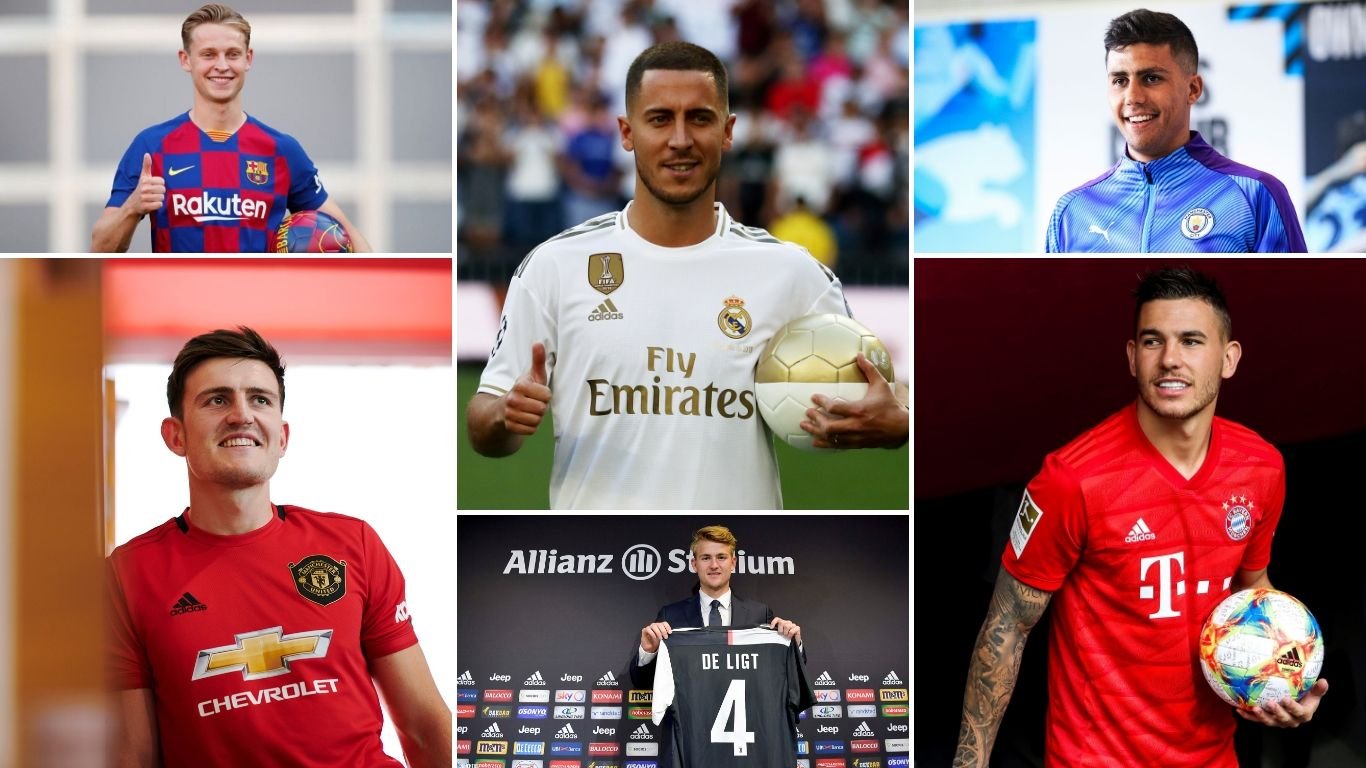 The football transfer market is getting bigger but not better with clubs sky-rocketing the price of their players.

As coaches and clubs look to strengthen their squads, market prices have played a big role in determining new signings.

Teams have had to spend an astronomic fee to purchase a single player instead of distributing the budget to bolster the squad all round.

We look at the 10 most expensive football summer transfers that have swept the entertaining sports.

The Premier League 2018/19 winners proved to be more competitive in the new season with a rather ground-shaking signing.

The Citizens seem to have been satisfied with their backline – despite the departure of their captain Vincent Kompany – and attacking options, and sought to bolster their midfield.

With Kevin De Bruyne, Ilkay Gundogan, Fernandinho, Phil Foden, Bernado Silva and David Silva who could be in his last season at Etihad, such a move adds more quality depth to the squad.

Frenkie De Jong has been tipped as the next Xavi – Iniesta in the light of Barcelona game-play.

The Catalans are known for promoting their youths who have turned out to be great players but looked beyond for a new gem.

De Jong who is a versatile player attracted various attention from top elite clubs but favoured a move to Camp Nou before the end of his season in Dutch Eredivisie.

The Ajax captain had long before attracted interests from European clubs and after his teammate, De Jong signed for FC Barcelona, he was expected to follow him.

He is one of the best young talents from Ajax with great potential. De Ligt led Ajax to Champions League glory before their dumping in the UEFA Champions League semi-finals second leg against Tottenham Hotspurs.

Ole Gunnar Solkjaer made his intentions clear that Marcus Rashford would be the first choice striker at Old Trafford.

With the lack of game time under his belt, Serie A club Inter Milan stepped in to acquire the Belgium international, who has been on fire for Antonio Conte’s side.

The Ivorian forward was linked to Liverpool before Arsenal signed the pacey winger in an unexpected fashion.

The Gunners seem to have had a better transfer window with Kieran Tierney and David Luiz among the new signings.

The versatile player was hot on heels in the French Ligue 1 competition as he came close to winning the Golden Boot last season, only falling behind Kylian Mbappe.

The attacking trio of Pepe, Lacazette and Aubameyang at Arsenal will indeed be a dreadful one in the Premier League.

Bundesliga giants Bayern Munich are known to sign players from within their league to weaken their opponents. However, they decided to search in Spain for a left-back.

Their fans were getting worried as their bitter rivals Borussia Dortmund were busy in the transfer window while their club had not made a move for any player.

Hernandez is an important addition to Allianz Arena to beef up the backline and offer pace and strength on the back.

Manchester United were desperate to settle their defensive issues and they remained adamant to their long-term target man Maguire.

The Red Devils paid five million more than what Liverpool paid for Virgil Van Dijk from Southampton last summer, making him the world’s most expensive defender.

However, not many were thrilled with the purchase of the 26-year-old England international, probably because of his stats that seemingly did not match his price.

The Belgium captain move away from Stamford Bridge was inevitable and after helping the Blues clinch the UEFA Europa League trophy, it was time to move.

Top clubs queued for his signature but his admiration to Zinedine Zidane and the success of the Galacticos persuade the winger to move to Santiago Bernabeu.

He is at the prime of his career and the 13 times Champions League winners need a goal-scoring machine after the departure of Cristiano Ronaldo.

His partnership with Karim Benzema and Gareth Bale up front should be feared in any competition.

FC Barcelona had been linked with a move for the Frenchman and as they looked to add attacking prowess, they had to go all out to bring the France World Cup winner to Camp Nou.

Having failed to re-sign Neymar on loan from Paris Saint-Germain, Griezmann could only ease the burden off Ernesto Valverde with Ousmane Dembele also providing the options needed.

With Luis Suarez and Lionel Messi also coming to an end in their footballing career, the former Atletico man should be the main striker in the club.

Tipped as the next Cristiano Ronaldo, every top club looked to race for his signature and indeed he was destined to leave Liga NOS for a massive club.

However, his release clause pushed clubs away, despite clearly having great potential to become a world-class star.

Atletico Madrid have won themselves a bargain with the Portuguese international already bagging gaols for coach Diego Simeone.

He is set to light the competition in La Liga as he kicks off a new journey in Spain.