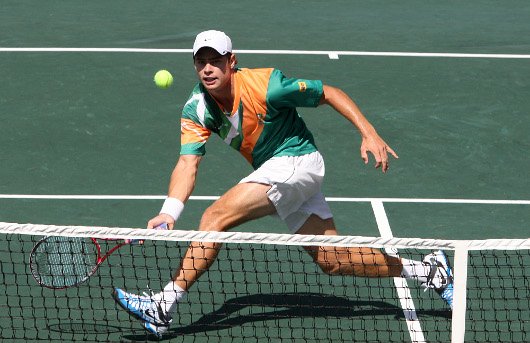 He lost the singles final to Japan’s Sho Shimabukuro who won 7-6(3) 6-2. Both Shimabukuro and Roelofse were not seeded.

Roelofse is a member of the SA Davis Cup team that will play Bulgaria in a Euro/Africa Group II tie in Cape Town in mid-September.

The SA Davis Cup team which is captained by Marcos Ondruska: has not been announced yet but Roelofse (doubles) is likely to be joined by Raven Klaasen (doubles), Lloyd Harris and Nik Scholtz (both singles).

The Bulgaria tie will be played over two days at Kelvin Grove Club in Cape Town, starting on Friday 13 September with two singles matches.

The next day, the doubles and reverse singles matches will be played.