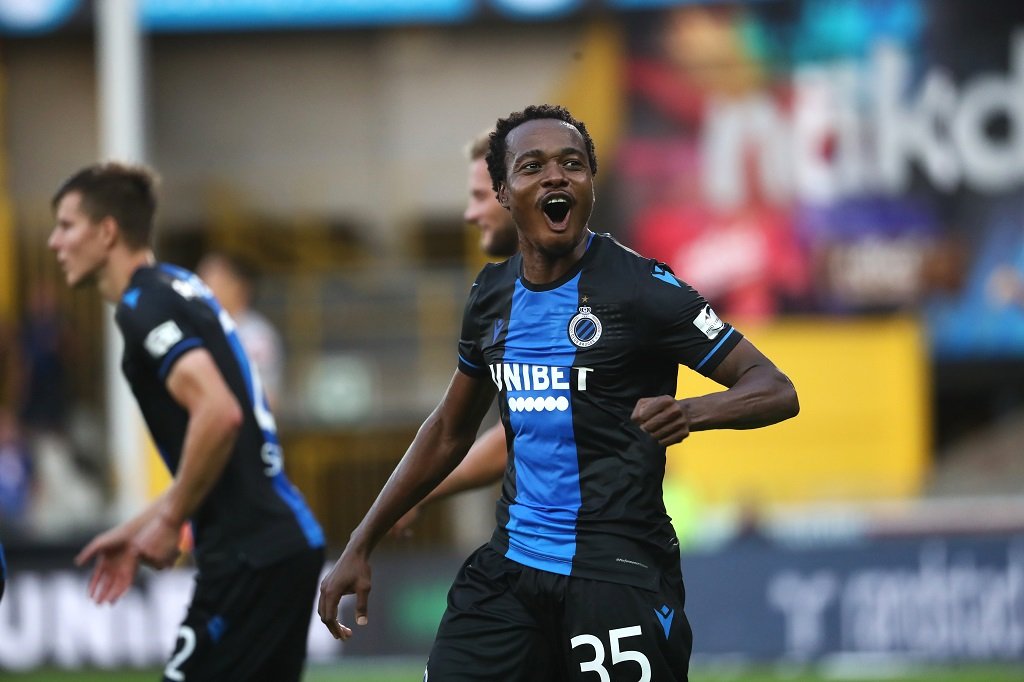 Bafana Bafana forward Percy Tau has been handed the chance he’s been waiting for – to test his ability against the world’s best after his Belgian team Club Brugge were drawn to play against Real Madrid and PSG in the Champions League.

Brugge booked their place in the UEFA Champions League with a 2-1 win over Austrian side LASK in their final qualifying match on Wednesday night, and when the draw for the tournament proper took place 24 hours later, they found themselves paired with Real Madrid, PSG and Turkish outfit Galatasaray in Group A.

The Belgian outfit begin their European campaign with a home match against Galatasaray on September 18, before travelling to Madrid to take on the record 13-time European champions on October 1 and then host PSG on October 22.

Their chances of reaching the knockout phase will be rather slim, but that will matter little to South African football fans, who have been itching to see Tau strut his stuff amongst the world’s elite, ever since he signed for Brighton Hove & Albion a year ago.

For many players this would have been a big disappointment, but to Tau’s credit, he kept his head down and got on with his business on the field and went on to excel to the extent that he was named as Player of the Year in Belgium’s second tier after scoring 11 goals and providing 13 assists.

That earned him his move to Club Brugge (also on loan), where he has hit the ground running this season with two goals in the opening three league matches in Belgium’s top flight.

Now, as Tau prepares to test himself against the likes Sergio Ramos, Raphael Varane, Marcelo, Thiago Silva and Marquinhos, and to share the field with stars such as Karim Benzema, Luca Modric, Kylian Mbappe, Edison Cavani, Eden Hazard and Gareth Bale, the 25-year-old from Witbank is finally being given the stage his rich talent deserves – and the platform to potentially put himself in the market for a move to a bigger European team in the future.