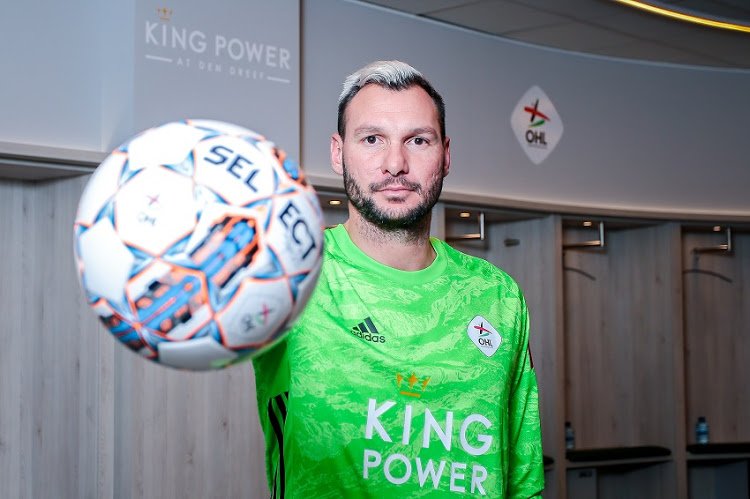 Bafana Bafana goalkeeper Darren Keet made no secret of the fact that he was keen to return to Europe and, on Wednesday, he signed on the dotted line to play for Belgium Second Division club OH Leuven.

His determination to play overseas again, in fact, was responsible for his frustration and lack of game time towards the end of last season. After he refused to sign a new contract with Bidvest Wits, he was left out of the squad as coach Gavin Hunt preferred to work with the players who would be staying on at the club.

Keet spent three seasons with Wits and was in the squad that lifted the PSL title two seasons ago.

OH Leuven are over the moon to have landed a goalkeeper of Keet’s calibre, with the Belgian club’s technical director Wim De Corte singing the South African’s praises.

“With the arrival of Darren Keet we are strengthening our core with an experienced goalkeeper,” De Corte said on the club’s official website. “He has both international and Belgian experience.”

The Belgian experience the technical director is referring to is Keet’s spell with Belgian Premier League club KV Kortrijk, with whom he won the Belgian Cup in 2012.

The 29-year-old played for Kortrijk between 2011 and 2016 before returning to South Africa to sign for the Clever Boys.

Keet, who is from originally from Bothasig in Cape Town, played his junior football at Ajax Cape Town, Edgemead and Bothasig before coming to prominence as a top senior goalkeeper at Vasco Da Gama and Wits.

He was in the Bafana Bafana squad at the recently-completed 2019 Africa Cup of Nations in Egypt, where he played only one game as SuperSport United’s Ronwen Williams took over the role as the national team’s number one goalkeeper.

Keet won’t be the only South African in Belgium, with Percy Tau having signed for Belgian giants Club Brugge, on loan from English Premiership side Brighton and Hove Albion.

With Tau in the top division and Keet one tier lower, the two South Africans won’t play against each, unless their clubs are drawn together in the Belgian Cup competition.