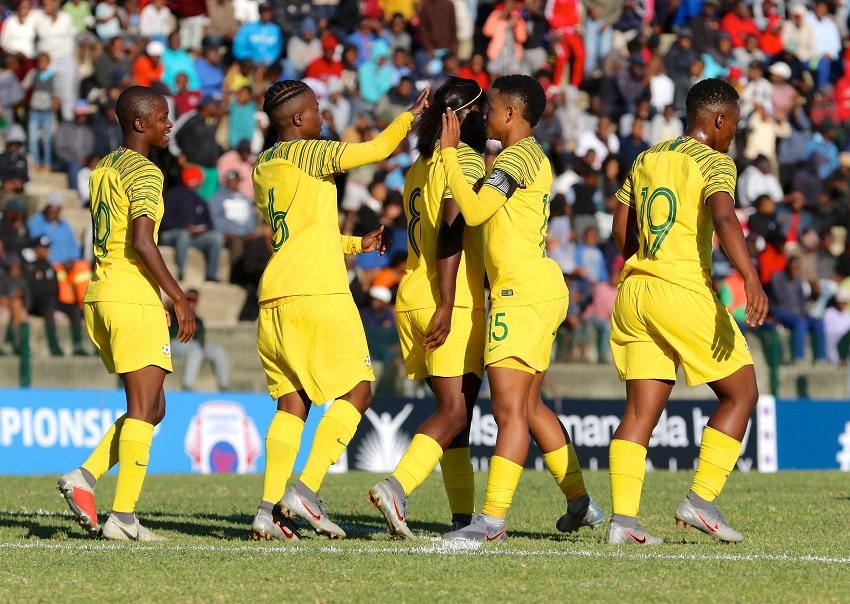 Banyana Banyana kept their hopes of a sixth Cosafa (Council of Southern African Football Associations) title firmly on course after they thrashed Comoros 17-0 in their Group A match at the Wolfson Stadium in Port Elizabeth on Wednesday afternoon.

Taking to the field without their overseas-based stars, the South Africans simply had too much speed and knowhow for the Islanders, who were found themselves 6-0 down at the break.

Tiisetso Mahubela bagged her first goal for Banyana Banyana in the opening minutes before Ode Fulutudilu doubled the lead later.

An own goal from the Comoros team did not help matters and Mamello Makhabane grabbed the fourth goal for the hosts after 23 minutes of play.

Stand-in skipper Refiloe Jane, who was named Player of the Match, scored her first of four goals of the afternoon in the 38th minute.

This was followed by a strike from Busisiwe Ndimeni which saw the South Africans rack up a half dozen lead without reply at the break.

The victory was even greater than the 13-0 thrashing handed out by Banyana to Comoros in 2014.

The South Africans can expect tougher opposition when they take on Malawi in their next group match at the same venue on Friday.