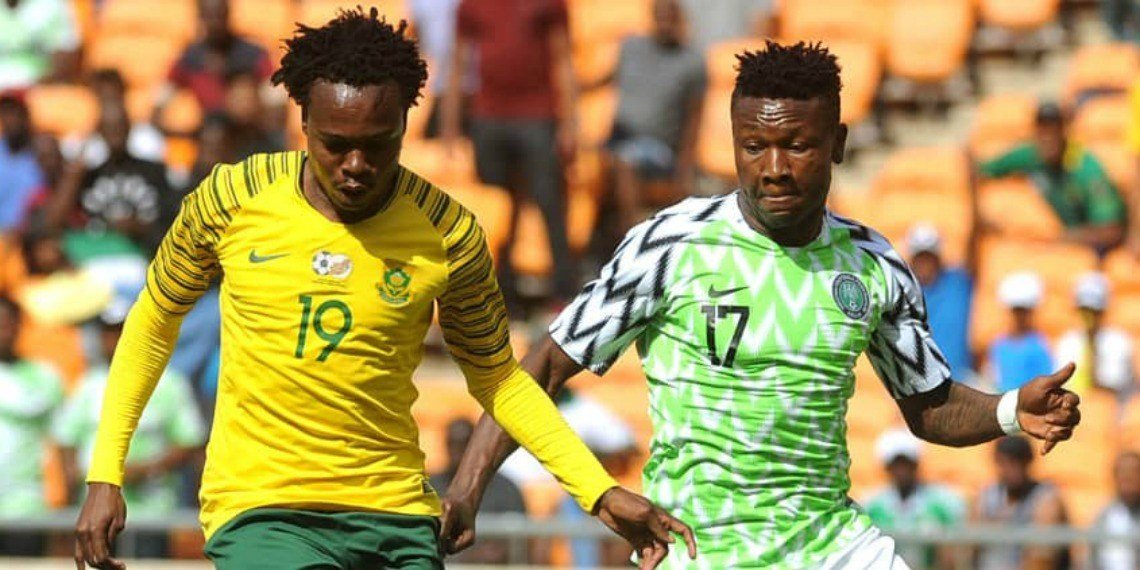 After qualifying together to the 2019 Total Africa Cup of Nations from the same group, the time has come for Nigeria and South Africa to rekindle their rivalry once again when they face each other on Wednesday at the Cairo International Stadium, with a place in the final four at stake (start 21h00).

Both sides were drawn in the same qualifying group, with South Africa shocking their hosts Nigeria at home 2-0. They had a 1-1 draw in Johannesburg on their way to the 2019 finals together.

Four years before, then title holders Nigeria missed the chance of defending their title when they were eliminated from the qualifiers group that also had South Africa as their rivals. Two draws (0-0 and 2-2) saw Bafana Bafana topping the group, and heading to Equatorial Guinea final tournament with Congo; Nigeria finished third.

The Super Eagles emerged victorious in the previous two Afcon encounters. At home in 2000, co-hosts Nigeria reached the final defeating South Africa 2-0 in Lagos, before finishing as runner-up to eventual champions Cameroon. Four years later in Monastir, Tunisia, the Super Eagles had an astounding 4-0 over South Africa in the group stage.

But now when they lock horns in the 2019 Total Afcon quarterfinals, it might be a story of confirming Nigerian supremacy in the finals, or of South African revival.

Defeating hosts Egypt 1-0 in the Round of 16 gave the Bafana Bafana huge confidence after achieving one of Afcon’s all-time shocks.

“Beating Egypt, the host nation and among that crowd was massive, but we worked and we did it. We can do the same again against Nigeria,” said South Africa’s coach Stuart Baxter, still elated with his side’s unexpected feat.

After two defeats and a lone goal scored in the group stage, they went to face the hosts Egypt with the underdogs’ tag threatening of seeing them out very soon. But Thembikosi Lorch scored four minutes from time to hand Bafana Bafana a place in the quarterfinals with millions of home side fans shocked.

On the other side, Nigeria were dealt with another shock as their group convened in Alexandria, losing and handling top spot to debutants Madagascar. They trailed 2-1 to Cameroon at halftime of the Round of 16 match, but resurrected after the break to qualify, beating the defending champions 3-2 in one of the tournament’s best games to date.

“When you beat the favourites, you are favourites yourself. We also had a good game against Cameroon and I expect a good match,” said Nigeria coach Gernot Rohr who on went to make the point that his quarterfinal opponents have the advantage of having played in Cairo compared to Nigeria’s Alexandria base.