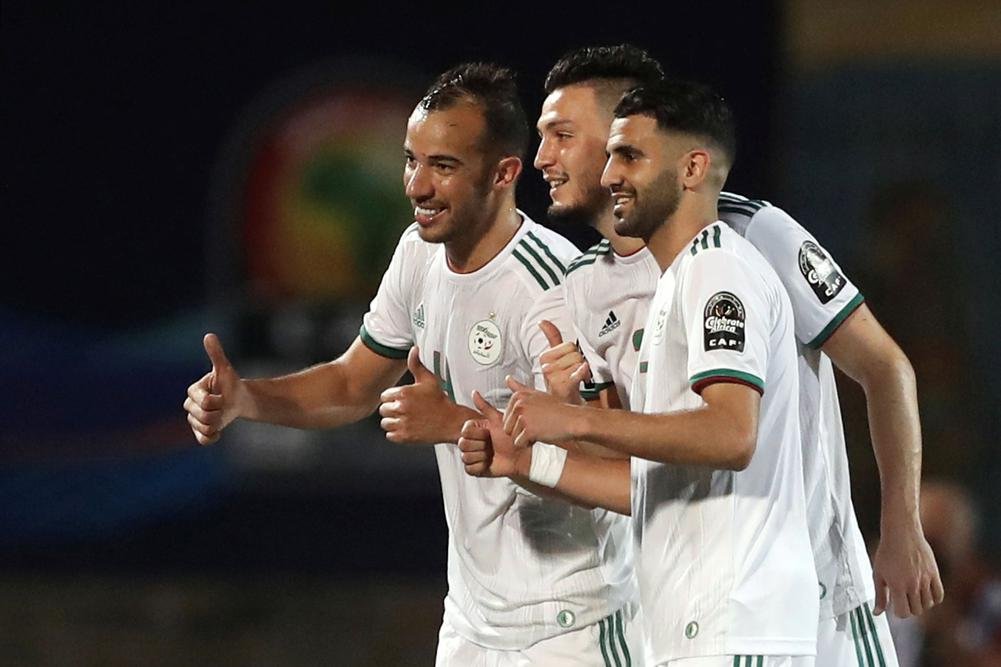 Group C topplers  Algeria go into their final group stage match fixture against Tanzania having qualified for the round of 16 tie in the ongoing Total Africa Cup of Nations (AFCON) Egypt 2019 at the Al Salam Stadium.

The Desert Foxes have won both of their matches, a 2 – 0 win against Kenya, who face Senegal later tonight and a narrow 1 – 0  win against Senegal to scoop maximum points in their group.

Tanzania, on the other hand, who look to suffer an early exit from the competition with no points will be playing for pride rather than making a historical comeback, if there will be any.

Algeria, captained by Manchester City winger Riyad Mahrez will, however, look to win their final group fixture to maintain a perfect campaign.

43-year-old Algeria coach Djamel Belmadi mentioned earlier that his national side will play at “full strength” asserting no reservations whatsoever for the East African team.

Nigerian football coach and current manager of the Tanzania national team Emmanuel Amunike admitted that Tanzania, ” lack experience and there is no character in the team.”